Recent years have seen a marked acceleration in the effective use of health care and housing costs as a key tool in phasing out the middle class. Traditionally, the middle class has comprised the bulk of the voting class.

Not just in the US, but everywhere, and throughout history, it has been the middle class that does the job of community building and the development of culture.

Middle class, for our purposes is defined as those who have resources left over after meeting basic survival needs. Discretionary resources, which they can use, in the case of money, to put aside to start a business, take a vacation, buy a lake house, send Junior to college. In the case of discretionary resources of time and energy, these can be used to attend parent-teacher or town hall meetings, run for city council, or volunteer for someone who is, teach children songs, customs, recipes, build family and community traditions, bake cookies for the local high school bake sale to raise money for band uniforms, run errands for an elderly person – it’s discretionary, it’s their choice.

The reason the middle class does this is obvious: the wealthy do not have the same motivation to use their resources in this way; if they are not happy in Smallville, they can retire to their second home in Largeville, or they can donate to something and go about their wealthy pursuits. The poor do not have discretionary resources; all their time, money and energy is spent in the struggle to obtain basic survival needs, whether they succeed in obtaining them or not.

Captialism thrives on a middle class, feudalism does not, and as the nation transitions to feudalism, the middle class, long the friend of business large and small, must face its new role as the mortal enemy of the feudal lord.

Textbook capitalism also depends on the motivational aspect, greed if you will, but narrowly channeled: people will work harder to make a higher profit for their employers in order to secure a resultant benefit for themselves.

Once that is taken away, and the worker receives no benefit regardless of how hard he works, or what a good job he does, that motivation is lost, and once the market has successfully lowered the value of his labor to a level below the value of the goods and services necessary for his survival, the worker is in effect a serf, who will live or die according to the grace and favor of the lord, who has no incentive to preserve the life of a particular serf, when there is a plentiful supply of them all hoping to be chosen for a chance to live a little longer.

Nothing insures a more rapid or certain descent into poverty in the US than a medical bill, whether the patient has insurance or not, even the 20% not covered by the typical worker’s policy can easily run into the 5 figures, a sum that might as well be 12 figures, for all the chance the worker has of paying it.

His every check for the rest of his life is now spent before he earns it, and he will no longer enjoy discretionary resources.

Medical catastrophe, even if the “catastrophe” is as routine as an inflamed appendix or a child’s tonsillectomy can be the catalyst for removing the family from housing, but it is by no means the only, or even the most common route to the street.

Merely by limiting the rise in the worker’s income to a fraction of the rise in the cost of housing, and even housing peripherals such as utilities, the society is assured a steady, certain and increasing stream of dispossessed.

Once one is priced out of housing completely, his return to it is unlikely, and his chances of quickly being subsumed into the justice system is high, where as a prison inmate, his cost to the taxpayers will be more than offset by the profit he represents to the prison industry.

There is a lot to be said for moderation over isms. Whenever an ism is given precedence over the well-being of a society, the society fails.

My favorite analogy is the four year old and his dinner: if you give him nothing but cake, he will get sick, but if you give him nothing but broccoli, without the incentive of the cake, he will also get sick. Applied to economies, once you have fed, housed, and doctored all your people, you can have a big bowl of capitalism with whipped free market on top.

I have no problem with capitalism. In fact, it can be an effective feudalism-preventive dentifrice when used in a conscientiously applied program of responsible statehood and single standard human rights compliance.

Americans react very negatively to any suggestion of redistributing wealth, and this extremism is now moving in for the kill.

The gap between rich and poor has become so wide, and the concept of upward mobility so trampled that today, someone born into poverty has about the same chances of reaching the middle class as he does of winning the lottery.

As more people are priced out of housing, as increasing numbers of people have nothing to lose, the affluent also begin to learn about consequences.

Surging hordes of desperate poor do not make you, or the property you work hard to pay the bank for, safer.

The affluent must now make some hard decisions.

Shall the money you were saving for your child’s education be used to pay off the mortgage? After all, he is not likely to need an education for the jobs of the future, and he will definitely need housing, which is rapidly becoming a luxury.

Or should you use the money to hire guards to protect your home from the poor, whose numbers grow faster than they can be seized and locked up?

Those of you who have traveled may have noticed that in some countries who have gone to a two class feudal system, even as close as Latin America, that the houses have walls around them. Tall, thick walls, with locked gates, and guards with machine guns to protect them from the starving kids who assailed you in the airport parking lot.

Small business owners must make room in their budget for gunmen to shoot the feral children who hover in their doorways, negatively impacting their sales to the monied class. Masses of indigent swarm over garbage dumps, for anything they can sell, for food.

Some of you may have noticed that restaurants in the US have begun keeping their dumpsters inside locked, fenced pens, to prevent this on a smaller scale.

Others may have noticed that your own status as a holder of discretionary resources has changed. A few decades ago, it was possible for a family to meet basic needs on one salary of a store clerk.

This did not happen overnight. It is the result of a series of societal choices, over a long period of time.

Unfortunately, while the way there may have been relatively slow, the only exit is not. The road of moderation not taken is a one way street.

an error ocurred while trying to process this directive 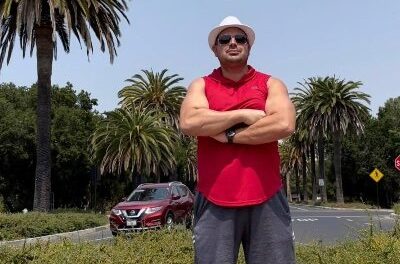 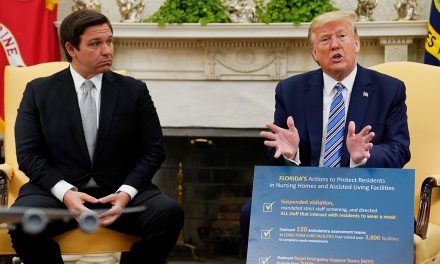