“A House divided against itself cannot stand.”
-“Joltin” Abe Linkin’

Almost midway through 2005, Bush has been in office nearly three months, and even when provided holy a-manna-unition by the truckload from the Gods of political capital, the American left is still consistently getting it wrong.

This series of diary entries is intended to help calibrate their efforts.
Abraham Maslow was a scientist, studying psychology. Interested in behavior, and how folks satisfy their needs.

He developed a thought model known as the “Hierarchy of Needs” which breaks down the base motivation of man into 5 quantifiable areas of concern.

These are (in descending importance):

Physiological – food, air, water
Safety – security, a sense of calm in a chaotic world
Love – acceptance by those around us
Esteem – mastery of abilities, power over others
Self Actualization – the desire to transcend the baser needs and seek spiritual and personal fulfilment

Abe’s theory states that in order to move down the list and satisfy higher needs you must first attend to the baser needs.

Okay, well, yeah, certain brands of mystics and aesthetics do seek self actualization through the abandonment of the other four rungs of the ladder. This, however, is not a break from the hierarchy, as one would immediately conclude, it is merely the fulfilment of the model’s wisdom. To more fully accomplish actualization, energy is diverted from Physical, safety, love, and esteem needs. The adherent has supposedly passed the need for these through the expansion and understanding of his own consciousness.

But I digress, this is supposed to be pertinent to American politics.

Look at the rhetoric of the right? Where are they aiming their message?

Here’s a quick copy of the model for your reference.

Let’s pick a few arguments, shall we?

Terrorism: “The terrorists want to kill you, and we are the only ones that know how to protect you.”

Gay Marriage: “Your own marriage will fail if we let the gays have it.”

Ideology: “Those crazy-cat-lady liberals sure are nutty, aren’t they? Poor misguided bastards, too bad they don’t get it like me and you do.”

Welfare: “You work hard for your money, and you’re barely making ends meet. They want to take even more from you and give it to lazy, no-account, unemployed minorities that share no common values.”

The rhetoric and propaganda being sold, at it’s base, directly undermines the solidity of the american people’s feelings of satisfaction with their hierarchy of needs.

SHAVE
AND
A
HAIR CUT

Did you think “TWO BITS” when you read that?

If so, you’re in a statistical majority.

Some things are so automatic, they occur without our even noticing.

Until a person feels secure in all the layers of maslows hierarchy below him, he cannot advance his efforts to the satisfaction of the next. In fact, the mere act of considering higher pursuits is impossible.

Don’t believe me? Try living in the woods with no gear for a week and tell me how many days the plight of Tasmanian pickle farmers is able to stay in the forefront of your consciousness.

The rabbit hole only gets deeper from there.

Where is the liberal rhetoric aimed?

Outside of certain abstract issues like healthcare (Yeah, I know healthcare is hardly abstract, but the fact is that any citizen in this country can walk into a hospital and be treated, regardless of insurance coverage. The abstract damage of debt and bankruptcy are what health insurance seeks to prevent.) the left aims squarely at the self-actualization plataeu and doesn’t dare to address anything baser.

Because when we do, the republicans generally beat us at it.

Let’s look at some liberal arguments and their response.

Iraq: War is bad. Response: This is necesarry to protect america.

Welfare: Poverty is bad. Response: I got a job, why can’t they?

Gay Marriage: Gays are people, too. Response: No, they are disgusting abominations.

The vast majority of americans already have their physical and safety needs met, but have yet to advance to self-actualization. They’re still stuck firmly in the love and esteem stages of need.

The left’s only course of action is to play to the extremes, the folks that are so disenfranchised that they lack the basest of needs, and the ones that have mastered their base needs and need actualization above all else, to feel complete.

The problem is that between those two extremes there lies the mother of all bell curves, and every iota of energy this great consumer machine can direct at devlopment is going to ensure that it gets wider and taller every single year, as it represents their target demographic.

So, in conclusion, (Don’t you hate essays that end with that?), what liberals need to do to advance the cause is to appeal to base needs. Rather than attempting to elevate the consciousness of a nation by appealing to their altruistic traits, people need to be shown, and made to understand, exactly how the one-party system that is being developed is going to destroy their hierarchy of needs.

The only questions then are:

Will it?
How?
and
How can I put this in terms that a soy bean farmer could understand?

Being right just isn’t enough, you’ve got to be right, right, and do it better than the right can do it. 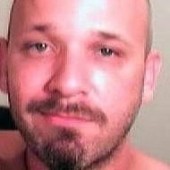