We are doing a little deconstruction of the Kerry video released yesterday.

Please stop by and say hey.

I wish I could visit personally with you to convey the deep concern I have about the events that are unfolding in Washington. And to ask you to commit yourself to giving voice to our values in the days ahead.

Step outside of our nation’s capital and you’re quickly reminded how out of touch the people who run Washington have become with the mainstream values and priorties of the American people. Everyday, the extreme right pushes republican leaders to do more and more of the things that the American people don’t want their elected leaders to do. Misusing power for personal gain; inserting government into our private lives; overzealously injecting religion into debates about political agendas; jumping through hoops to satisfy the most exteme elements of their party while refusing to lift a finger to help with the real problems that keep American families up at night.

Make no mistake about it, House Republican leader, Tom Delay, and Senate Majority leader Bill Frist’s actions will result in a fundamental assault on core principles of American democracy. As a result, America’s stability and America’s future are at risk.

Will Americans and will Republicans in the House spend time defending Tom Delay’s questionable behavior or defending America? Will Republican Senators associate themselves with Senator Frist’s outrageous appeal to religious intolerance or will they refuse to follow him across that line.

It’s time to demand that the Republican congress turn its attention away from the Delay/Frist efforts to undermine the core principles that our country was founded on and fulfill our fundamental obligations to our soldiers and military families that have sacrificed so greatly; bringing down gas prices; reduce our dependency on foreign oil; cover the 11 million children in this country living without health insurance.

Unfortunately these few extreme Republicans have rewritten the ethics rules to protect Tom Delay if he’s indicted, but they won’t reflect the ethics of the American people and rewrite the law to provide health care to every child in America.

They fall in line with Bill Frist when he says God wants to rewrite Senate rules to put extreme ideological judges on the bench. But they won’t stand up to Bill Frist and remind him that the bible talks about caring for the most vulnerable among us.

In the days ahead I urge you to closely follow and actively participate in the debates now raging in washington. Hold your elected officials accountable. Demand that Washington does the people’s business instead of business as usual.

The stakes are extraordinarily high, and it has never been more critical for us to give voice to our values.

I know you’ll join in that effort.

I learned a bit during this little excercise. It does a lot for understanding the intention of a speech to break it down and rewrite it with your flavor.

I realized that this was not a speech to the general public, it was written specifically to people like us. It was a list of talking points and values.

It was very interesting to take his words and add my slant on them.

I think it is a valuable exercise.

I will be doing it again. 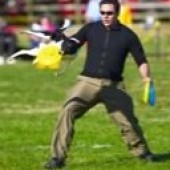