Washington(Rotters) In a stunning development today, two of America’s leading progressive blogs published actual classified photos of President Bush’ daily briefs. Anonymous spokespeople for both blogs stated that the source of the embarrassing photos was an un-named disgruntled White House insider. Efforts to expose the perpetrator were underway, as the secret service immediately suspended all access to the President and began poring over entrance and exit logs. Ironically these are the very documents that bloggers have recently been calling to question in regards to Talon reporter Jeff Gannon.

White House spokesman Scott McClellan stated that while he had not seen the photos, “I seriously doubt their veracity. I have full confidence in the secret service, and their ability to conduct a top drawer investigation. We will get to the bottom of this.”

Photo dated from January of 2002 apparently shows the President in his undies just moments before his ill fated encounter with a pretzel. Conspiracy theorists have noted that the President’s two dogs are absent in this photo, contrary to what was reported to the public.

McClellan further stated , “There is no need for the American public to get their panties all up in a wad. However, I do think that the action of the two blogs in question was incredibly irresponsible, and they have done irreparable damage to America’s reputation both at home and abroad. Reparations must be made immediately.”

Spokespeople for the Daily Kos and the BooMan Tribune commented, “We are standing by our source. This person has stated that they are sickened by the war in America. They felt that by releasing these photos the Republicans might begin to see the President for who he really is, and in turn, cease their domestic terrorism and unrest. They wanted only to present to the Republicans the fact that the war is over, and they lost.”

Attorney General Alberto Gonzales stated, “This is clearly a violation of Republican Convention, and no expenses will be spared to render justice.” 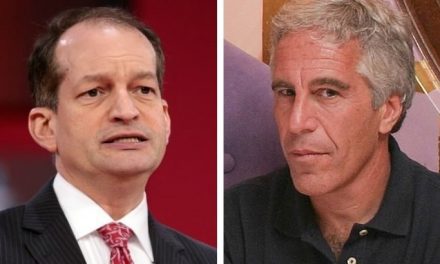 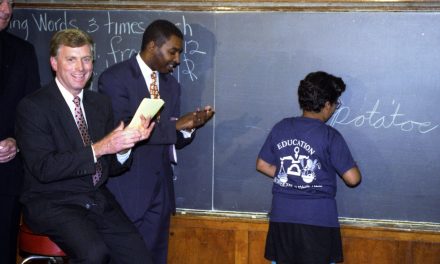 Feel free to post any unmentionable snark… with or without skidmarks…

you had me at “top drawer investigation”.

Well speaking and looking at these unfortunate  unmentionables, it is my understanding that it is simply not acceptable to wear white with red on them before Memorial Day..or is that after Memorial Day?

The despicable publication of these photographs drives a wedgie between the President and America.

Wish I had thought of it last night… I was too tired and sunburned from a trip to the beach yesterday… that would have been a perfect statement from the blog spokespeople… Do you not find that the whole Saddam undies thing is a dead issue this Monday, as well as the Afghan torture story and a handful of other potential Bu$hCo bombshells that were heading into the weekend? I’m beginning to agree with the tinfoiler brigade that this whole story was a deft Rovination… I would give anything to have the original anonymous military source step forward and implicate… Read more »

While cruising at USA News.com I came across this: Karl Rove’s Secret To Success: Eggies ….Turns out Rove isn’t one of those guys who just dumps a box of Dunkin’ Donuts on the conference table, as our bosses do. He fancies himself a chef and entertainer. “Karl loves to cook,” says a pal. And it’s not just anything he serves to top Bush aides. His signature dish is called “eggies,” a heart-stopping mix of eggs, melted butter, cheese, and bacon grease, all served with bacon and maybe Danish. The secret: whisking. “He’s always there just whisking and whisking,” we’re told.… Read more »

The fruitbowl on the table seems to add arcane substance to the Talon News connections,

. Attorney General Alberto Gonzales stated, “This is clearly a violation of Republican Convention, and no expenses will be spared to render justice.” ALL Conventions will be banned and/or unratified by Our Presidente, who wants to run unopposed for a 3rd term in 2008. Whatever needs to be done, to achieve our goal, will be done on behalve of the good for the American People. First the Constitution needs to be rewritten, I’ve been working on that, Karen does the writing. “I have a clear mind what my goal is. At night I think about it, and in the morning… Read more »

Is that whiskey bottle resting on his genitalia?

feel free to interpret as you see fit! This brings to mind a crude, slang term for a male’s perceived sexual prowess after a few drinks…

ah, no….I believe Mr. Danials to be gently resting  on his brains/ego so to speak.

related to the President’s “pretzel incident”. I remember waiting for a reporter to ask if Bush’s blood alcohol content was measured in the ensuing physical examination. To the best of my knowledge it was never brought up.

With Bush’s history of alcohol and other substance abuse it seemed like an obvious question. Had there been any chance Bill Clinton was drunk in the White House a Special Prosecuter would have surely been appointed.

historical tradition of being soused in the House… I wonder why… some of the accounts of Tricky Dick being handled during one of his sloppy drunken rants, and having “the button” pried from his hands as he threatened to “Nuke Hanoi” are very frightening reading… Medal of Freedom material in this day and age, though…

Email this pic to the London papers. They’ll publish anything and I am sure they will get a good laugh out of Daily Brief. The French would surely love it Oui?

not even our own BuzzFlash seemed to be interested… Will that stop me…? Buwahahahah! This aggression will not stand, man…..

send it to ‘bartcop’, he might print it on his blog.