While we’re bringing in theorists to discuss gender, I’ll toss Foucault into the mix.  He says, basically, that physical oppression is easy to resist, but disciplinary power — which for simplicity’s sake I will define here as “how we do business around here” — offers a difficult tension.  To be a successful poster in an online forum, we must learn the rules of that particular game.  We become more docile in the shadow of such rules, even as they provide us more legitimacy.

Very few rules in a forum like DKos or Booman Tribune are explicit; most are tacit.  The “better” you are at following the mosaic of disciplinary rules, the more power in the forum you will have.  This brings into question whether those who get the most recommends or are chosen to be front pagers are indeed the “best” writers, by any literary measure.  They seem to be rather articulate, but they also handle the right topics in the right ways.

The right topics are gendered.

The right ways to handle such topics are gendered.

Booman Tribune can have an entirely different set of rules, although since it is situated in the world in which it was born, I doubt it will be so different unless we exhaust ourselves de- and reconstructing. I think, though, that at least according others respect for their existence is a good start.

Anyway, good to be here! 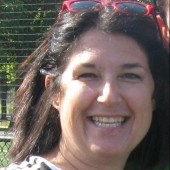 Tomato Observer on dKos, but I'm kinda tired of the long name.

A Bigger Story than Tucson Shootings

Terrorism doesn’t work: neither does invading for peace.