What I have learned about gender and power was not learned in a classroom, but over 64 years of living life in America as a woman born into a small town, male dominated fundamentalist 1940 culture. I finally escaped this world  in my 40’s, to discover an entire new world of powerful women I honestly  did not know even existed., who took me by the hand, dragged me back from the edge of death from end stage alcoholism, and patiently, over a period of years, helped me “de-program” myself, and discover who I was all along. On this long journey, I learned even more about power and gender.

I knew gender was about power as soon as I could walk and talk. I was a smart kid. I knew boys and  men had all the power, and could do and be however they liked,  and girls women had none, and could only do and be what males and their good women (our mothers) allowed..  I was completely pissed because I was born a girl. But there I was, like it or not, and as far as I knew, the whole world was like this, so what to do but go along, because eventually, I got tired of getting beaten for refusing to

So thus, I became Mrs Goodwife a.k.a. Supermom like I was supposed to.  (I really wanted to be army officer.)  I did my best to follow the rules and roles assigned to me by the powerful gender structure (read church) who taught me I was created to be of selfless service to husband, family, church, community, and God,  always, of course with a gracious smile. I pulled it off too, by becoming a  closet alcoholic. It all came to a screeching halt when I was 29, the husband died, and there I was with two kids and no education and my little brown jug.

My friends and family went searching for a new man for me. (No thanks, been there, done that, not a good fit for me. ) Men came out of the woodwork to offer “solace” to the poor widow. (Yeah, right, get lost, bucko!)  I was too busy hammering out an education, becoming an RN  so I could support my kids, and didn’t have to sell my soul to anyone to survive.  I got the job done and will leave a solid legacy of two very  powerful daughters and two powerful grand daughters to carry on wherever I leave off.

Along this way I learned a lot more about gender and power, most of it the hard way, of course. I was and am very aware of the strides made to more equally distribute gender power and was a part of that change. My oldest grand daughter (in law school now) never doubted she could be and so and say whatever she pleased.   I hope to stick around long enough to be there for her when she discovers, as I have, that change can look a lot bigger on the surface, than it really is underneath.

The same gender based, hierarchal power structure that ruled my early life is really still there, only much more covert and manipulative  now. Let me tell you how I discovered this, by sharing only one of many examples. (ok, so I am often a slow learner 🙂

I have  many useful leadership skills. I communicate well, write well, and know how to motivate and empower others. I see the”bigger picture” and am very effective at organizing  and getting new projects up and running . (I could tell you how many years it took for me to be able to write a clear and honest an appraisal of my own skills, without feeling the need to minimize or denigrate them, but I won’t!)

This has made me quite attractive to organizations looking for volunteers. Now that the kids are raised, and disability has curtailed my options, I am more than willing, even eager to find online opportunities to use my skills for causes I believe in.  So I got involved with a new  sobriety organization on line, and was welcomed with open arms by it’s founder, a very charismatic, seemingly enlightened and respectful man. Before I knew it, I was elected to the  board, and given a free reign to set up an online meeting project, a task I embraced, and spent most of a year donating almost full time hours to. It was wonderfully satisfying work, with a successful outcome that is still helping many who need non AA recovery support.  I do not regret doing this in any way.

Yet this all ended with me being tarred, feathered, and shown the door.  How could that be, you ask?

Here’s how.  I stepped outside the circle of the power “granted”  to me by this particular “monarch.”  I refused to obey a request to align myself with him in forcing a new direction I believed  was harmful to the organization.  I was not compliant. I did not bow or defer to his wishes. Not only that, I was asking way too many questions about the organizational structure  itself.  There were many  people there who respected me. I became..in a word, a threat to the established power structure, and I had to be “invited”  to leave.  It was very ugly, because I did not leave easily.  I did leave, once I came to see that his power extended over entire board, who sat silently by, and watched the character assassination and gender slams without a word. (and when my BP climbed to the freakin ceiling.)  He was king, it was his kingdom, and he had succeeded once again, with me, to sucker in someone whose skills he need to further his own goals, with NO real intent to ever share one shred of “real” power or control.  I hate to think of how many other times I’ve been sucked in like this. But this one finally did it for me. No more.

When I discovered Kos, once again my antennae perked up.  For a while, I thought perhaps I’ve found another venue where my gender wouldn’t matter to how my opinions and contributions were valued.  When all hell broke loose over there, I went numb awhile, it was rather hard  to believe my own eyes at first: an awful case of deja vu that bordered on flashbacks bcause I didn’t see it coming.  One MORE time I am hearing “There’s the door, don’t let it hit you in the ass on the way out!” from a another man I once respected who happens to own some powerful turf. Same shit, different day, so long.

So why am I over here now, on Boo Mans turf, once again contributing?

Because right now, men still own the  most powerful turf, like it or not.

Because I am not ready to give up my search to find men with powerful turf who are courageous enough to go inward to root our any programmed sexism that may be exerting control over them without their awareness.

Because BooMan is saying  all the  right words and making all the right moves right now, in my opinion, and he just may be for real.

Because I do not usually  function well in all female groups. You see, I’ve been down the separatist road, where my whole life was spent in all women’s groups.  I don’t belong there either. I learned during my “reconstruction,”  that ALL men weren’t assholes, and some women are! I’ve learned that there really are men who are not  stuck in some macho, superior  self concept, who could and do  relate me as a true equal in all respects and I  call many of them dear friends.

I want to work with men like this, and with powerful women who do not feel the need to defer to anyone else’s power, because I believe that if we can ever get past this goddam gender war, what we could actually accomplish together, by blending our attributes and strengths cannot even be imagined.

I was affected, but not devastated by what happened at Kos, I am too used to the charade of”shared gender power”.  I no longer willingly offer blind trust or full commitment to any gender powered organization, male or female.  (Men aren’t  the only ones who get corrupted by power: women do too.)

I am no longer running around the world like a supplicant, with my contributions in outstretched arms,  begging for someone in power to “Here  Please let me offer you my skills!” just because my gender is female and the male gender has more power than mine does. I know my worth now. If others cannot see it, it’s their loss, not mine.  (You don’t want to know how much soul wrenching  hard work went into being able to write that paragraph.)

No, I am no longer willing to remain, much less contribute  anywhere where I cannot lay down my sexism shield  and protective “woman-armor” and just get on with the work.  I stayed at Kos till it became very apparent that wasn’t one of them.  “Stay and fight” , some say Well, men really, really do need to stop asking women to do all the hard work of fixing them, and become motivated enough to fix themselves.

When gender ever stops being all about power, if it ever does, we stand a chance or working well together. But as long as I am expected, as a female, to defer to the more  powerful gender structure that exists,  and allow it to dictate the parameters of my own power and how I express it, this is no level playing field,  folks. Not by a long shot.

So I  continue to go my own solitary way, with pit stops here and here, at welcoming way side rests  like this one.  BooMan, I think you and your crew are in a prime position right now, to be a leader in doing it all differently, and to reap the rewards for the hard work this will entail.  I wish you the very best and will stick around awhile to support this however I  can. 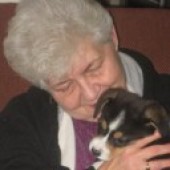 My Tin-Foil Hat Is Hurting My Brain

To Jerome a P., US Seeks Chinese Debt Too