“[A]n attempt to transform Muslim societies through regime change is likely to dramatically increase the threat we face. The root cause of suicide terrorism is foreign occupation and the threat that foreign military presence poses to the local community’s way of life. Hence, any policy that seeks to conquer Muslim societies in order, deliberately, to transform their culture is folly. Even if our intentions are good, anti-American terrorism would likely grow, and grow rapidly.”

Robert Pape, from his book “Dying to Win”

Click the link and you’ll get a book review. It looks like it’ll end up on my list of books to pick up in the near future. From the book review, it appears that Dr. Pape has done a thorough study of suicide bombings and those who perpetrate suicide bombings. The basic thrust of his research is that the profile of the suicide bomber as portrayed by our politicians and the mass media is clearly false. Rather than being under-educated religious fanatics, suicide bombers tend to be educated, secular types whose main objective is to remove occupying powers from their own national soil. This of course isn’t a brand new argument – I’ve heard and read variants of that for a while now, but it’s useful to finally have some data behind the argument rather than armchair speculation.

Note: this was also cross-posted at my own blog. Also, I’m in the process of outlining an essay on the social psychology of genocide, and if all goes well, I’ll try to treat the Booman Tribune readers to some of my thoughts based on what I’ve learned from relevant theory and research on human aggression and violence. 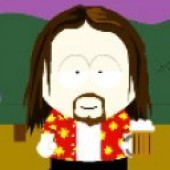 Boehner’s Plan is Reckless and Irresponsible

A Boot Up the Bananastan

Predicting the next MSM distraction?