In the diary “Did age play a role in it?”, eclare asked:

As I’ve been reading over all of these posts, noting all of the awesome women who keep referring to their battle scars and their experiences, I’ve been wondering….Could you guys maybe tell us those stories? I suspect that I’m not the only person here that would really love to here the stories of those who have done so much to ensure that we, as the next generation, have all of the opportunities that we take for granted. So, if it’s not too presumptuous, I would like to put in a request for some storytelling diaries.

Though I didn’t comment in that thread, my feminism goes back to the 60’s and telling a story seems to be a great way to do my first diary (i.e., write what you know). So here’s a story to get things started.

The Birth of a Feminist

In 1962 when I was 12 years, my father died without having made a will. So the many shocks my mother suffered after his death included the news that her children had no legal guardian. Only the father was automatically assigned legal guardianship and as such only he could assign that right to someone else. Mom went to court and was named our guardian. She would have to go back to court every six months until we were of age to show that she was properly feeding, clothing, sheltering, and educating us.

Even as a 12-year-old, I had no trouble recognizing how stupid this was but it took two more events to finish the process of making me a feminist (even if I had never heard of the word at the time).

The first occurred when my mother took my older sister to get her beginners permit and they immediately came back home. As my sister furiously told me, the man at the license branch told my mother that she was a mother not the legal guardian and couldn’t sign the required paperwork; when she tried to explain, he wouldn’t listen and just told her to go home and get her husband to come back with my sister. Mother was so upset she couldn’t tell him that her husband was dead.

The second event was an off-hand remark made by my mother’s lawyer. My mother was doing some mild grumbling about having to prepare the paperwork for the regular court appearance and her lawyer said “Well, be happy you are their guardian. After all, if he had made a will, he could have named anyone he wanted.”

Well, that did it. I realized that my mother kept getting treated unfairly just because she was a woman and I decided that I wasn’t going to let that happen to me.

Epilogue: In the 70’s, I was very actively involved in the campaign to get the ERA passed in my state. As part of the effort, the laws of the state were reviewed for gender bias and changes to make the laws non-discriminatory were proposed. Over 300 laws were either changed or rescinded and among those laws changed were the ones which made the father the sole legal guardian. 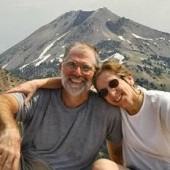 The French Revolution in 2009