[Cross-posted at Folkbum and Daily Kos.]

Like many movements, this one started with a book.

Certainly, there was the earlier proto-environmental movement involving John Muir, founder of the Sierra Club and protector of Yellowstone; Theodore Roosevelt, who protected 190 million acres of America’s wildlands; and Gifford Pinchot, who founded the U.S. Forest Service and later helped bring down the conservative Taft administration.  But the achievements of this group of visionaries were largely obliterated by the end of the 1920’s.  Muir was unable to save the Hetch Hetchy valley from damming and destruction; Roosevelt’s wildlands were largely returned to development by the Harding, Coolidge and Hoover administrations; and Pinchot’s Forest Service became a moderating veneer over all manner of degradations by logging companies on America’s forests.  And the movement remained dead for thirty years.

And then in 1962 came the book that changed everything.
I am reading that book, Rachel Carson’s Silent Spring, right now.  It is not an easy read, either in language or in import.  It explains in punishing detail how chemical pesticides reduce long-established species of plants and animals to rubble and create a sort of genocide against nature.  It leaves unsaid the most difficult implication of all: that, just as Attila’s hordes could not find succor without destroying everything in their wake, every expansionary move made by the human race leads to the death of some part of the natural world.

After the book came the movement, complete with its own Prophet, the great David Brower.  Declaring, “We do not inherit the earth from our fathers, we are borrowing it from our children,” he transformed Muir’s moribund Sierra Club into a powerful weapon that he successfully wielded against those who wanted to dam the Grand Canyon.  Sympathetic laws flowed down from the federal government in quick succession — the Clean Air Act, the Clean Water Act, the Endangered Species Act, the Wild River Act, and the Wilderness Act.  This last measure created another level of wildland protection even higher than that of National Park: the National Wilderness Area, in which even human visitation would be limited in order to preserve untouched the wildlands of America.  The Act stated, “Wilderness…is hereby recognized as an area where the earth and its community of life are untrammeled by man, where man himself is a visitor who does not remain. …”  The Act was passed “in order to assure that an increasing population, accompanied by expanding settlement and growing mechanization, does not occupy and modify all areas…leaving no lands designated for preservation and protection in their natural condition…to secure for the American people of present and future generations the benefits of an enduring resource of wilderness. …”

But, as with all organized movements, the environmentalist movement passed into dark days.  During the Reagan years, the atrocious James Watt held court at the Interior Department, which became a nerve center for the organized destruction of forests and wildlands across America.  The environmental movement fell into the hands of militants such as Edward Abbey, who called in his novel The Monkey Wrench Gang for a suicide bomber to blow up the Glen Canyon Dam in Arizona.  The image of a a burning ski lodge in Vail, Colorado, set afire by ecoterrorists, was emblazoned into the American collective memory.

Yet the movement was restored to potency in the 1990’s by a pair of Democratic politicians: Interior Secretary Bruce Babbitt and Vice President Al Gore.  Babbitt convinced President Bill Clinton to create 58 million acres of National Wilderness Area by executive order; Gore traveled to Kyoto and personally saved the emission-reducing talks there.  But with Gore’s heartbreaking loss to George Bush in the 2000 election, these reforms were all undone.  Bush summarily pulled out of the Kyoto Accords that Gore had worked so hard to save.  Last month, he gutted Brower’s priceless Wilderness Act by declaring all National Wilderness Areas open to logging and mining.

As I read Silent Spring, I see as never before the deeply-rooted conservatism in the environmentalist movement.  Carson declares that the environmental problem arose because “The rapidity of change and the speed with which new situations are created follow the impetuous and heedless pace of man rather than the deliberate pace of nature. …”  She laments that “time is the essential ingredient; but in the modern world there is no time.”  She essentially calls for a halt to all adulteration of the world by humanity in favor of conserving the world created by nature.

Carson’s message is not an easy one for a progressive movement increasingly concerned with what the name implies: progress, and a sort of libertarian freedom of expansion and individuality.  Conservationists, on the other hand, are beginning to realize that it is no coincidence that the name of their movement stems from the root of “conservativism.”  The Republican party cannot be responsive to conservation, beholden as it is to corporate interests; but the split between environmentalists and progressive Democrats, it seems to me, runs far deeper, at the ideological level.  How can one express one’s individuality, one’s liberty, when one is constantly being careful where one treads in order not to destroy nature?

I am fearful that progressives and environmentalists have come to a parting of the ways.  Such a severance would be disastrous for both groups, in my judgment, as conservationists found themselves helpless and alone and liberals discovered their victories hollowed by the absence of a meaningful natural world.  Still, I am uncertain how to heal this ever-widening breach between the two groups and philosophies.

I have been called, by some more fervent in the cause than I, a fake environmentalist.  And it is true that I would rather sit in a comfortable chair and write than dirty my hands cleaning trash along the highway; I readily admit this failing.  Nevertheless, in my own way I am prepared to fight for the sanctity of this planet against the human invader.  I will match my pen against any man’s hoe to preserve unspoiled by human touch the remnants of this world we call ours but that belongs truly only to itself.  If this means breaking with progressives, then so be it.

But I hope fervently that my fellow progressives will stop to smell the wildflowers and recognize the importance of the natural world before it slips silently away. 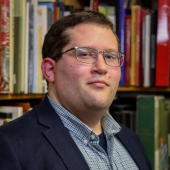 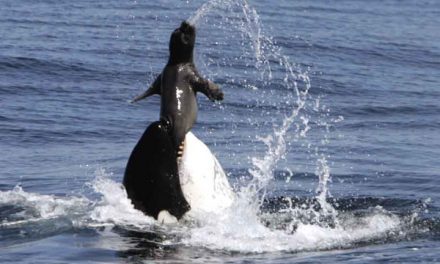