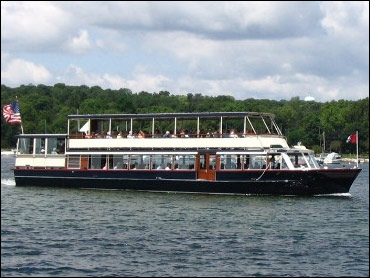 This morning I watched and was delighted to see that it is still almost as good as it has ever been.  The one thing I miss is the nature segment they used to always do at the end.  I don’t think they do that anymore or I am missing it for some reason.

(CBS) Mail carriers are always in the swim of things in Lake Geneva, Wis., because they travel their delivery routes by boat. Every piece of mail arrives by special delivery.

CBS News Sunday Morning correspondent Bill Geist reports they’ve been doing it that way since 1873. He says it’s a treasured tradition that could almost pass for a love letter.

Or an old postcard come to life, as a steam yacht known as the Walworth II, which also serves as the mailboat, slips across the clear, sparkling waters of the lake.

Geist says people in the town still enjoy the same simple pleasures they always have, in a timeless place where the arrival of summer is announced by the first mailboat.

Residents such as Jim and Darrell Riley set their calendars by it.

“The mailboats start the beginning of the season of the summer,” Darrell says, “and it’s always a very sad day when it’s the last day the paper is delivered, ’cause that means it’s September and its time to go back to the city.”

Bill Gage owns and operates the mailboat, as his father and grandfather did before him.

“The mail started right at the beginning in 1873,” he says, “but they were delivering groceries and furniture and everything else along with the mail. …The mail had to be delivered by water, just because there wasn’t a decent road system around the lake until the 1920s, and people who owned homes on the lake literally came back and forth to their houses by boat … and the tradition has continued ever since.” 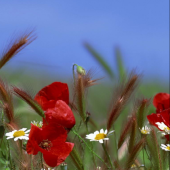 This Was Done in Your Name

Stop the Criminalization of Mental Illness

Only In Theory are Conservatives Reasonable