I’m political, but not quite political enough to run for office.  That, and I’m only 23 and still going to school after a 3 year hiatus.

However, I know I am a good writer, and know I can still make a political contribution through my written words.  I’ve had numerous diaries on here (i don’t count the liveblogging diaries), many of which were simple summarizations of articles I had read with littel analysis of my own.

Now, I am writing a speech. I plan to send it to a campaign in MN after I’ve worked it over.
This is where you come in.  I’ve had a few people request that I put my speech in a diary so that they can read it and submit feedback.  I am usually hesitant about letting others offer feedback, because I try to be my own worst critic.  Well, I have caved.

Below is the text of my speech.  It is short, about 8 minutes with my speaking style.  It is also not a policy speech, but one highlighting differences between the thinking of Democrats and Republicans.

It seems to me that there are fundamentally two types of people.  People who ask “How?” and people who ask “Why?”  This may seem like a small difference, but rest assured it is not.  Those that ask “how” want to achieve something without considering the consequences, “How can I make people agree with my point of view?” or “How do I get what I want?”

People who ask why assume that anything can be accomplished.  However, they need those things to be justified, “Why should they agree with my point of view?” or “Why should I get what I want?”

Democrats are the people of why.  We know anything can be accomplished if we want it to; we just need a reason why.  Republicans, on the other hand, don’t care about why or why not something should or should not be done; they just care if it can.

One example is Social Security.  Republicans are demanding that it be changed.  They want to know how can we change it, and the President wants to know how he can change it to private accounts.  Democrats want to know why we should change it in a way that will cost 2 trillion dollars, when we already are seeing increasing record deficits.  It is a problem that can be solved later.  Immediate action might have unintended consequences if we don’t think this slowly and carefully.

Another example is the President’s judicial nominees.  He didn’t get all the ones he wanted in his first term, so he’s trying to find out how to force them through in his second term.  Democrats are asking why should they be approved a second time if they weren’t the first.  The Democrats are also asking why, if President Clinton didn’t get all of his nominees, should President Bush get all of his?  There are 44 Democrats in the United States Senate.  Surely they should have some say in the agenda the Senate puts forth.

Perhaps a slightly more famous example is the treatment of Representative Tom DeLay, of Texas.  Republican leaders in the United States House of Representatives wanted to figure out how to protect their ethically troubled leader.  Democrats wanted to know why the rules should be changed to make unethical behavior easier.

This can also be extended into regard for your privacy.  In the circus revolving the Terri Schiavo case, Republicans wanted to know how they could show they had a “culture of life” and “moral values.”  They ended up passing a law that had President Bush flying from his ranch in Crawford, Texas in the middle of the night to sign.  They pursued the how, even though seventy percent of Americans disagreed with what they were doing.  Throughout this, Democrats were asking why should the United States government get involved with the private issues of a family?  Why should we be taking an action that seventy percent of our fellow citizens disagreed with?

If you had told your spouse that you wanted to be taken off life support, but did not have a living will that said so, your parents, siblings, or children could fight the case in court to determine who power-of-attorney would be.  However, some Republicans believe that their “moral values” are more important than the law, which, in most states, automatically gives power-of-attorney to the spouse if the patient is incapacitated or otherwise unable to make that decision.

As a Democrat, the issue of taxes is always raised.  A Democrat “must” be a tax-and-spend liberal, after all.  You’ll see that that argument is just childish name calling if you look at it this way.  Democrats, thinking `why should we do this,’ are usually against lowering taxes.  Nowhere in history has lowering taxes successfully solved any problems, and has a nasty habit of hurting those who could use it.

Why does it work this way?  Because the benefit you get will be less than the loss in social services that your tax money would pay for.  We know you don’t like it when we raise taxes, but sometimes that is the only way to pay for things that are constantly getting more expensive.

Also, if you look at the record, a “tax-and-spend” liberal President was able to “tax-and-save” and create budget surpluses that could have been used to pay off some of the national debt, or be put into Social Security for use by future generations of retiring Americans.

What happened to that money?  Most of it went to the richest two percent of Americans because Republicans were more concerned with how can we spend this money, instead of why should we spend it?  Wouldn’t you rather that your kids learned how to build a savings account than live from paycheck to paycheck or credit card bill to credit card bill?

Remember, folks.  Democrats are concerned with the why.  If you ask us to justify our decisions we will be able to do so.  Republicans are concerned with the how.  For them, reasons don’t matter as long as they can accomplish their goals.  They feel they don’t have to justify their positions.  They feel that people should accept them on face value.  Name-calling and negative campaigning are part of that strategy, by distracting you just long enough to avoid having to answer a tough question, or sometimes even a simple one. 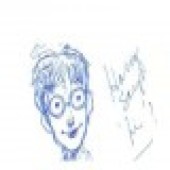 Bush Pardons Libby? Wouldn’t We Be More Shocked If He Didn’t?