There’s been a fair amount of talk in the blog world about the Downing Street Memo, the document that essentially proves that the Bush administration lied repeatedly and knowingly as it prepared for war in Iraq. Outrage over the administration’s sheer duplicity – going through the motions of making a case to the UN, when the Memo shows the Bush administration knew all along there were no WMDs, and that they said so only to justify a war they wanted all along – has permeated the left sectors of the online world. The mainstream media was abysmally slow to pick up on it. In fact, for a time, the silence on the subject among the mainstream media was so notable that the media actually spent a few news cycles commenting on the fact that they weren’t commenting on it.

With this in mind, it’s odd that no one seems to be saying much about a public statement made by Bush on the occasion of the Fort Lauderdale meeting of the Organization of American States earlier this month. I happened to catch the speech on the radio, and was surprised at what I heard. After the requisite clumsy pandering (“My brother married a Mexican girl!”) and a blatant paean to Empire (which may have been a mis-spoken mention of the one we rebelled against,) the president seemed to go entirely off the rails. Or maybe he considers the PR battle won, and is relaxed enough to say what’s really on his mind. My only question is, does the new DNC chairman have any response?

Here’s an excerpt from the transcript of the speech:

“You know, our ties are represented in different ways. Perhaps you know this, but my brother was lucky enough to marry a fantastic woman from Mexico. The first lady of Florida is Mexican-born. And some of her best friends, his – my best friends speak Mexican.

“Now, the ties in our hemisphere, between America and our hemisphere are particularly strong in Florida, which is in this hemisphere. It’s a perfect place to head the meeting. You all will be able to speak with your hotel maids in their own language. The world is flat. Thank you for choosing Florida.

“As I look out at the distinguished foreign ministers, I find we have much in common.

“We’re the children of the new world, founded an empire and fulfilled in independence. Children are the future of the world, and the new world has some brave new children in it. Our people are united by historiography, divided by a canal that we built for you. And the United States shares a commitment with you to build an Americas that lives in liberty, trades in freedom, and buys our subsidized corn.

“We come together at a great moment in history when freedom is on a forced march around the world. In the last year and a half — think about this — we’ve witnessed a Rose revolution in Georgia, an Orange revolution in Ukraine, a Purple revolution in Iraq, a Purple rain in Minneapolis, a Yellow snow- Yellow rose revol – a Republican revolution in Texas, and these are just the beginnings. We have lots more colors. We got them on sale from Homeland Security; they’re not using them anymore.

“Who wants to be a vermilionaire?

“Across Central Asia, hope is stirring at the prospect of change, and we will hand them that change though the rolled-down power windows of our Freedom SUVs. Across the broader Middle East, we are seeing the rise of a new generation whose hearts burn for freedom. We will bring them Zantac. 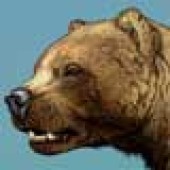 Haiti: What Bush Wouldn’t Have Done

How Do You Teach This?

Ex-CIA official Faults Use of Data on Iraq