I’m a newbie here  Sandy on Signal suggested I cross-post this to here from the Diary entry I made at Kos last week. I hope that the netizens of Booman Tribute will find something of value in these thoughts…

Did you know that James Dobson’s Focus on the Family  is not just a religious-right hate group? Maybe you did, but I bet you don’t think about it very much.

In fact, according to an apology from one of its co-founders, “When we began Focus, in 1977, the seven founders had only two objectives: 1. To help Americans raise their children, and 2. to help us maintain our marriages.”

Though Focus on the Family often gives poor advice on child-raising, and has an unfortunate tendency to reinforce negative gender stereotypes in giving guidance on maintaining marriages, the fact remains that building families was their original mission. It is still their core mission. They exist to meet needs. It is because so many people needed exactly what Focus offerred that they gained so much popularity and political clout in the first place.

Best I can tell, moderates and liberals have not done a good job providing institutions designed meet the needs of individual families.  On the flip, I suggest that we pick up some of that slack, and do it in a way that is consistent with our values.
James Dobson, before he became SpongeDob StickyPants, was a pediatric psychiatrist. He saw the overwhelming task parents and families have set before them, and made it is mission to help them get a handle on the worst of their problems.  I don’t recommend his methods: in fact, I was raised for much of my life by parents who subscribed to them, and I feel it has resulted in a lot of later hindrances to me and disappointments to my folks. The fact is, though, that my own parents (and now I as a parent) desperately need help, and we’re willing to accept it from almost anybody.  That should represent a challenge to all of us: to provide families the help they need, in a way that is both effective, and consistent with our values.

What single resource can a family go to to seek advice in child health, education, development, psychology, relationships, entertainment choices, dealing with drug abuse, family finances, marriage issues, and more? Sure, there are others, but the ones organized by the religious right, especially Focus on the Family are the most accessible and best promoted. They are represented on the radio, the internet, television, and sadly, in the halls of government.

It is time for us to step up to the plate.  I don’t advocate repeating Dobson’s mistake:  I think the American family will be worse off if its resources are tied to a partisan political agenda.   I’m all for advocating for a living wage, for universal health care, and for civil rights for all.  But I think we can best serve our community by providing strong resources for individual families, traditional, single parent, foster, adoptive, and those led by same-sex couples.  A place where they can go without being bombarded with one political or sectarian message after another, and will find the tools they need to build up their own families.

It need not – really it should not – take hard lines on controversial issues.  For instance, it should not focus a lot of effort on campainging against spanking.  Instead, it should offer resources for discipline that will give parents options besides spanking, will advise them of scientific research about the effectiveness and potential harm from spanking (or other approaches), and suggest to them that, if they spank, they should never to do it merely out of desperation or anger, but only as part of an informed, consistent, and well-reasoned regime of discipline.  At the end of the day, we may not have made a political stand against the practice, but we will have empowered parents to deal with their children in more effective ways, so that they don’t experience the frustration and anger that leads to spanking or child abuse (and yes, I know that many consider spanking of any kind to be a form of child abuse… you know what I mean).

I did some research along the way, and I have found few existing organizations that take the approach I recommend.  If you know of one, please mention it in the comments – and please help to promote awareness of it in the community.  If they are as absent as it seems they are, why don’t we get together and build one? Just in case, I’ve registered a domain name for such an organization… 😉 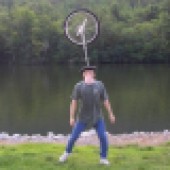 I'm from Chattanooga, TN. I'm a committed freethinker, a member of the Unitarian Universalist Church, husband, and step-father.

I just received this letter from Chris Dodd

Putin Is the Go-to Guy in the Middle East [Update]