Washington, DC (Faux) President bush on Saturday rolled out the first in series of recruitment drives with an eye towards correcting lagging enlistments.  The special event combined showcasing the sport of Tee Ball, of which the president has been a long time supporter, along with future recruitment for the military right on the South Lawn.  Enthusiastic children and their parents were treated to an afternoon of Tee Ball as well as interactive demonstrations of Military technology and tactics.

President Bush demonstrates the correct deployment and handling of a simulated Claymore anti-personnel mine.

The President stated: “Donald Rumsfeld will be going into greater detail about this, but the reality is that America may well be looking at another twelve or more years to stay the course in Iraq.  These bright eyed, competitive youngsters could very well become the steely eyed Marine of tomorrow, defending our freedoms here in America and abroad, and this administration will be behind them.”

Little Twanda Nichell of Dothan, Alabama receives some tips about the use of a hand grenade.  Face has been altered out of future Homeland Security concerns.

Afterwards, the kids and their families were treated to hotdogs, apple pie, and homemade ice cream. Educational materials and registration pamphlets were handed out to parents, and rights and privileges under “No Child left Behind” legislation were discussed.  The President next heads to Fort Bragg, NC, before later heading to the G-8 summit later this week. 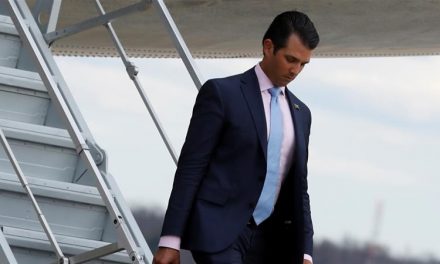 No, Trump Didn’t Admit His Son Told Him About the Trump Tower Meeting

Will Congress continue pimping for the White House?