(Originally posted at The Underground Railroad)
I think it is fair to say that I am not fond of Republicans or the GOP as a whole. However, I do believe in being fair, and Reynard Blake’s assault on the Black Church in his Black Commentator article was in no ways fair to the Black Church or to the Bush Administration. I have no affection for Bush’s regime – I want to see it changed ASAP – but some of Blake’s charges need to be answered beneath the fold.
For the most part I agree with Blake’s assessment of the Bush administration: their lies about Social Security Privitization, lies about Weapons of Mass Destruction, and the weakening of Affirmative Action need constant exposure to the light of truth. That said, why should it surprise anyone that BushCo props up its pet Negroes – Armstrong “Pay Me” Williams, Janice Brown, & Condi Rice? Didn’t Clinton do the same thing with his pet Negroes – Ron “2 to the dome” Brown, Mike Espy, & Donna Brazille? If we’re going to be fair – and I viscerally dislike Black Republicans – you can’t call Bush’s Blacks “pets” any more than could you call Clinton’s Blacks “pets.” Both sets work for their bosses at their bosses pleasure, and both sets more or less agree with their bosses. I think the Republicans are nuts and ultimately bad for Black folk, but you cannot call the Blacks who support Bush “pet negroes” – that just doesn’t fly. We have so much substantive evidence with which to smack them, why stoop to that?

I agree with most of the next section of his article regarding the attacks on the Black community, including his frank discussion about the Democratic abandonment of Black folks and Howard Dean’s response regarding his desire to change that. But then we get to the offensive part of Blake’s article. First, he charges that Black churches are being rented because Bush wants photo-ops with Black preachers and congregants for delivering faith-based programs. I understand Blake’s concern about perception management – I’d rather not see Bush anywhere near Black folks because he clearly intends us no good – but it is no different from when Democrats delivered programs and funding for non-profit organizations. Photo-ops come with the programs and funding – they always have for as long as there has been photography. This is not some insidious plot to “rent” churches, this is old fashioned politics – establishing coalitions through points of commonality. Now as for me, I’d want nothing to do with Bush – if a photo op were required for funding then I’d find another way to get it done without federal aid, but I’m exceedingly partisan – and with good reason. Others who are more concerned with feeding the hungry, clothing the naked, and comforting the sick and imprisoned in their communities than with the overall effects of Bush’s policies (which will make it more difficult to feed the hungry, clothe the naked, and comfort the sick and imprisoned in the not-too-distant-future) could easily look at it from a completely different perspective – they just need a helping hand in helping others, and they’ll take it from wherever they can get it. If that line of thinking was OK under Clinton then it’s OK under Bush.

Now, I don’t know what the Black Church looks like in East Lansing, but from Blake’s words the situation must be bleak there, because every Black church with which I have come into contact speaks boldly and prophetically about the ills of society – from Iraq to abortion to economics to homosexuality. What Blake may find problematic is the fact that these are not the primary emphases of the Black Church. You see, the Black Church is first and foremost the Church – not a political advocacy group. This was the most telling and damning thing about Blake’s article – how are you going to critique the Black Church without once mentioning what God has to say? How can the Church be prophetic without mentioning the Word of God? Throughout the entire article I found not one thought that was Biblically-based – why would the Black Church take up an unbiblical agenda? Riddle me that. The Church is not some club of political activists, and if Blake doesn’t understand that then there is no way that the Black Church would ever, in any way, heed his advice.

“All Scripture is God-breathed and is useful for teaching, rebuking, correcting and training in righteousness, so that the man of God may be thoroughly equipped for every good work.”

Then too, Blake shows his perspective on Biblical truth with his notion of validation. Biblical Theology is neither Black nor White – it’s Biblical. There are different applications of theology in different social contexts, but the theology itself is no different in Black circles and White circles – He is the same yesterday, today and forever, and He doesn’t change for different worshippers. God is not a man, that he should lie, nor a son of man, that he should change his mind. Does he speak and then not act? Does he promise and not fulfill? If we have the same Theos then we have the same Theology. That said, He will speak to us in our own vernacular, but that does not change His nature and character – He is God, and He is our primary focus.

The Black Church is not a political party – it is a shame that Blake expects the Black Church to act like one. Look where that has led the White Church…
0 0 votes
Article Rating 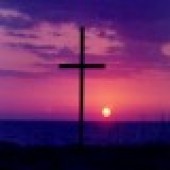