I am not a professor of Middle Eastern studies.  I’m not even a student.  All I know about the Middle East I’ve learned through reading articles online and watching shows on TV, most of them in the past 8 months.  So I’m not going to claim that I know all the facts.  But I think I know enough of them.

What I am, is an engineer.  I solve problems.  Given a set of parameters and assumptions, I can project what the outcome of a situation will be, and attempt to discern which is the most desirable, or nearest to my goal.

I don’t know how to solve all of the problems in Iraq.  But I do know that the arguments given as to why we can’t set a timetable to get our boys (& girls) out are pure horse-poo.  To say otherwise spits in the face of logic.  Take the jump with me to see why.

::flip::
The 2 reasons that have been given as to why we can’t set a timetable to pull our troops out are a) Our troops need to know that we’re committed to being there until the job is done, and b) if we set a timetable, the enemy will merely wait us out.

First things first: we need to clarify some of the cloudy language.  In particular, we need to figure out what ‘the job is done‘ and ‘the enemy‘ mean.  Regardless of why we first got into Iraq, I think that there is a clear answer as to why we are there now.  We are there to move the country towards stability.  You can make other, more US-centric arguments, such as to maintain military bases in the area, for the sake of Israel, or for the sake of oil, but I think those all are served by having a stable Iraq anyway.  So, being there until ‘the job is done‘ is approximately equivalent to staying until the government is stable and can take care of itself.

This leaves ‘the enemy‘.  Who exactly are we fighting?  The President is fond of saying ‘insurgents and terrorists’ and I think he’s exactly right.  Where he is wrong, is that he equates the two.  I think that there are two very different motivations for fighting us.  The insurgents are Iraqi nationalists who are fighting an invading force.  The terrorists are generally not Iraqi (though surely there are exceptions) but are fighting in Iraq for a variety of reasons, from giving us a hard time, to terrorizing Iraqis and stirring the pot, to possible religious motivations (to be honest, their motivations are kind of unimportant to my main point).

The potential paradox then with the first given reason is this:

What if us leaving is the first step towards a stable Iraq?

We absolutely need to take this possibility into account, despite the fact that the President refuses to do just that.

To show that this is indeed probably the case, I will illustrate that the second given reason also contains a paradox.  Let’s get back to the idea of terrorists and insurgents.  If we leave the insurgents will stop fighting us.  Will they start a civil war?  Maybe, but the country is already in the middle of a war, so the argument there is between a definite war and a possible (or probable) war.  So, let me focus on the terrorists.

Remember now, the second given reason?  It is that, if we set a timetable, ‘the enemy‘ (now meaning terrorists) can just wait us out.  But consider this:

Look at that again.  It so obviously makes sense that I can’t believe that nobody (to my knowledge) has brought it up.  Of course, if they are able to just stop fighting until we leave on our schedule, they surely can just stop fighting to make us leave when we think ‘the job is done’!

So this leaves the question of : Why?  Why don’t the terrorists do just that?  Do they want us to stay?  Do they like having a practice facility in their backyard?  The answer to that is beyond my scope of knowledge, and beyond the scope of this diary.  But it is irrelevant to the fact that the reasons that we’ve been given for keeping our troops in harms way do not make sense.

So, Mr. President, with all due respect, please either fess up, or let’s start the plan to bring them home. 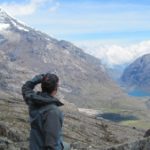 Some Thoughts on Pakistan

Stupidest Jerk in the Universe