[From the diaries by susanhu. This is a wonderfully written story.] The fruit of a lot of hard work was recently on display at the White House. More specifically the lawn of the White House, where the president planted an American chestnut tree on the White House lawn for Arbor Day.  No, I’m not talking about the photo op, where he was shown with a shovel, next to a sturdy young tree, its root ball in burlap.

(((more below the fold)))
A century ago, the American chestnut was one of the most important trees in the eastern forests, from Maine and Ontario to Georgia and Mississippi.  In the heart of this range, 20% of the forest was comprised of chestnut trees, and on dry ridge tops in the central Appalachians, they were so abundant that when they bloomed the mountains appeared snow-covered.  Bear, squirrels, deer, and other wildlife depended on their nuts, as did rural people, who could feed the nuts to livestock, sell the nuts as a cash crop, and harvest the lumber, which was as rot-resistant as redwood, and considered to be stronger and more attractive than oak.

Then, in 1904, an Asian fungus, the chestnut blight, was found in New York City.  American trees had little to no resistance, and were virtually wiped out.  The bears, squirrels, and deer turned to acorns for food as oaks filled in the gaps in the forest, but acorns are not near as rich a food source, and the effects of the loss rippled through the ecosystem.  By 1950 all that remained of the four billion examples of this keystone species that had inhabited 9,000,000 acres of eastern forest were shrubby sprouts from the roots of formerly giant trees, that in their turn were also wiped out.

Or not quite entirely.  A very few trees managed to hang on in out-of-the-way locations, perhaps due to natural resistance, perhaps due to pure luck.  And with this shred of hope, starting in 1983, a group of plant scientists formed the American Chestnut Foundation, to begin a program of selective breeding to restore the American chestnut to the America landscape.

I won’t go into the technical details of the breeding program; you can read about it here on the ACF website.  You want to talk about hard work?  For over 20 years scientists, grad students, and ordinary citizen volunteers have climbed trees to collect pollen here, pollinate flowers there, collect the resulting nuts, plant them, test their hardiness, and with each generation of plants breed a little more resistance and hardiness into the species.

Now their efforts are paying off.  Trees with good resistance are being produced, and the ACF has joined forces with the US Forest Service to plant the new chestnuts in the wild and monitor their progress.  Peabody Energy is testing the trees for use in reclaiming strip-mined land.  Things are looking promising, but decades of work remain to restore the chestnut to its former place in the American ecosystem.  And oh yeah – W got a piece of the action too, on Arbor Day on the White House lawn.  He recognizes hard work when he sees it.

Unfortunately, we may have to repeat this tale over and over again, as invasive species attack other native plants, such as the hemlock woody adelgid, first spotted in 1924, and the Asian longhorned beetle, first found in New York City in 1996.  Island ecosystems like Hawaii are especially at risk from invasive species.  More native species have been lost to invasives in Hawaii than anywhere else in the US.  The folks at APHIS have been part of “homeland defense” long before “evildoers” became part of our vocabulary.

There’s still a lot of hard work to do.  Legislation to address the problem is sorely needed, but doesn’t seem to be very high on the priority list in Washington these days. 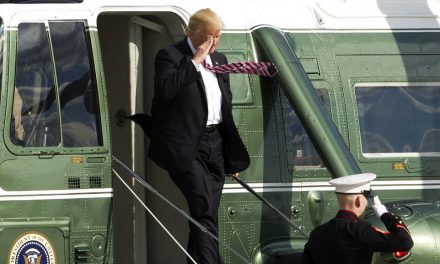 Our President Has Shit for Brains 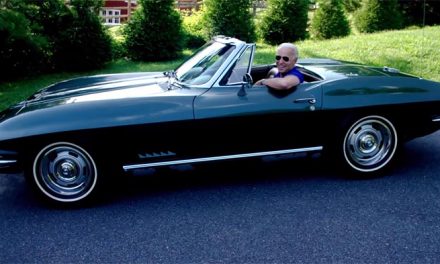 In all the bad news we hear about the degradation of our environment, it gives me great pleasure to be able to bring you a bit of good, hopeful news.  There are other organizations working to restore other species, and I hope to bring you some of their stories in the future.  For those who are so inclined, you can join former president Carter in contributing to the ACF here. “I consider the breeding and restoration of blight-resistant chestnut trees in the United States to be one of the most interesting and important scientific projects of our time. I hope… Read more »

This is an incredible story.  Keep sharing.

A similar story for the elm trees.  But a two hundred year old progenitor of a group of resistant trees was found in New Jersey.  It recently had to be taken down but the many nearby descendents give hope that the elm will once again grow in great numbers.

As to Bush, I picked pussy willow.  As to Rove, venus fly trap.  (Or maybe that’s Cheney?)

I picked slippery elm, but felt that it was unfair to all the trees to be associated with such a blight.

I hadn’t planned on doing a poll; it was a last-minute zany inspiration.  I ran to grab my old battered “Golden Nature Guide to Trees” by Herbert S. Zim, and tore through the index looking for just the right species to nominate…

BTW, you’re too kind.  I came back this evening to check on the poll for grins, and just about died of shock when I saw I had been promoted:  Aw, shucks, ma’am, ‘twern’t nuthin’…

in Barbara Kingsolver’s novel Prodigal Summer, published in 2000.  I’m delighted to learn that the restoration breeding project she dramatized has been successful in real life.

I also heartily recommend the novel.