64% of Americans disapprove of Bush and other great poll numbers

I feel so happy about these numbers that I’m just spreading all over the blogosphere. I first posted them over at my blog, culturekitchen; but now, you can officially call me the poll-fairy, bringing good cheer to the children of the blogoshphere.

So here’s the numbers you’ve been waiting for all week, heck, all frigging year!
President Bush’s Rating on Handling of Iraq Continues to Erode [ Breakdown of numbers at PR Newswire. General news report at Bloomberg ] :

ROCHESTER, N.Y., July 21 PRNewswire — According to the latest Harris Poll, the rating of President Bush’s handling of Iraq continues to decline. Almost two-thirds (64%) of U.S. adults now rate the president negatively. On almost all measures in this survey, the number of adults expressing negative views on Iraq has increased. These are the results of a new Harris Poll of 2,339 U.S. adults surveyed online by Harris Interactive(R) between July 12 and 18, 2005. The main findings in this poll are:

Didn’t just make your heart go atwiter? Mine sure did; and it gets better. When I went looking for the Harris Poll but could not find it, I found these two polls. First up, teenagers between the ages of 13 and 18 say, “Hell no we won’t go”, to the BushCo war :

The war in Iraq seems to have had a clear impact on recruitment for the U.S. military. In April 2003, 28 percent of teens said they would be likely to volunteer to fight in the war in Iraq if they were old enough, a percentage which has fallen to 11 percent now. The surveys also show that a large majority of teens continue to support the all-volunteer system for the armed services (87% now and in 2003)

What? You wanted to know where do US citizens stand on the SCOTUS nominations and confirmation? Well, I’m glad you asked! Not only do 43% of Americans think a moderate should be confirmed (over 23% who called for a conserevative and 15% for a liberal) but 45% believe that if the Senate has reason to, they should  filibuster

Harris Interactive | The Harris Poll – Plurality of U.S. Adults Think President Bush Should Nominate a Moderate for the Next Supreme Court Justice

Finally, another spotlight has been on the role of the Senate in the nomination process, specifically the role of the filibuster. When adults were asked what it means to them when the U.S. Constitution says that the U.S. Senate should provide advice and consent for nominations to the Supreme Court, over four in 10 (45%) believe it means that the Senate should take a detailed look at a nominee’s past decisions and writings and be able to filibuster the nominee if they so desire. One-third (36%) believes the Senate should debate the merits of the nominee but allow the president great latitude in his appointments. Almost one in five (19%) are not sure.

So Mr. President, about that mandate … 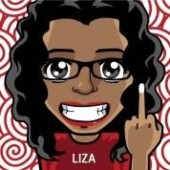 Liza MILFs her way through the blogosphere as a web consultant and homeschool mom by day. At night she becomes the renegade progressive blogdiva of culturekitchen.com.

Dems Never Had it So Good

Thanks for the good news this morning. Let me welcome you to BooTrib with a 4 and a Recommend.

Besides, us frogs love that kissin’ stuff.  Positively turns us into princes (or princesses).

When this one. . . The percentage of adults who say that taking military action against Iraq was the right thing to do has remained steady (38% now vs. 39% in May) . .  .starts to dip further south, something really dramatic will be happening, imo. The Stubborn Ones will at last be admitting to themselves that either going into Iraq was a bad idea because it was all a lie and they were wrong to ever trust these guys, or, it was a bad idea because these particular guys were never going to be able to pull it off… Read more »

You’re so right, but I read the poll numbers the diarist quoted as meaning “steady” only as applying to the diff. between those last two months. I’m thinking that’s where we get down to the hardcore Bush and war supporters, so if those numbers go south, too, that’s going to be really interesting.

(pssst, kansas…she is the diarist)  🙂

lol! Thanks, Man. See, I take everybody as equals as they come along. . .<bats eyelashes, looks angelic, rather than stupid>

the “not sure” population is steady as she goes. ; )

this wonderful news.  And as Kansas said, when the numbers who think Iraq was a good idea, start declining into the low teens and single digits, maybe just maybe there will be an electoral revolution. Hey kansas, Moore made the list slacker inc, created of those Dems who voted in support of Gitmo.   What is with that, do you have any insight into your reps thinking or has he communicated with his constituents about what he feels this issue is about. I have Jim delayclone Ryun as my rep, and he never ever votes against the party line as… Read more »

don’t feel bad about your congresscritter. I get none other than Duke real estate fraud Cunningham. Thank God he said he will not run for reelection. Now we can work on getting one more seat in ’06.

I always get worried and paniced when the numbers start dropping for Bush, Inc because one never knows what they’ll do to gain support. Sounds tin hattish of me but… there does appear to be a pattern with these warmongers and that they’ll do anything and say anything so they can continue to gain while they kill.

17 percent think things are getting better [in Iraq]

Ever think those Leno “Jaywalking” people are over represented?  Makes me wonder if the poll is limited to people who actually know what Iraq is.  “Yes, a rack is getting better all the time.”

He has no idea that this is a bad thing for him.

. WELCOME Liza – great entry! Interesting numbers: Bush’s Character Seen More Negatively The survey shows that President Bush’s personal character is being viewed more negatively. Public views of Bush’s trustworthiness, empathy and leadership have all declined significantly since 2003. But the biggest decrease has been in perceptions of Bush’s effectiveness, perhaps reflecting the stubborn challenges he faces at home and abroad. The number saying that Bush is “able to get things done” now stands at just 50%, down from 68% in September 2003. The number describing Bush as trustworthy has fallen 13 points over the same period, and there… Read more »

Oooooh!
Pew numbers.
I have to take a loot at those…

See today’s online WaPo, saying Roberts should be confirmed in a WaPo-ABC News poll. But not blindly: 64 percent — say Roberts should publicly explain what his views are on abortion . . .and nearly 2/3 of those polled want abortion to continue to be legal in this country: 65 percent say they want Roberts to vote to uphold Roe v. Wade. So the question should be raised — is Roberts within the mainstream, or is he a radicalized judge with an agenda to overturn Rove v. Wade? Because even Republicans and Independents are overwhelmingly in favor of it: Support… Read more »

But I think these are good numbers needed to dissuade party animals to not give up.

This is great to read – It made an otherwise crappy day better.  Spending 10 hours sitting in airports stinks, and my first experience with severe turbulance didn’t help matters.