“A new break in the CIA leak investigation has once again turned the case upside down,” posts Keith Olbermann at his MSNBC blog, Bloggermann.


In “CIA leak case mutates again,” Olbermann notes that “U.S. Attorney General Alberto Gonzales admitted that nearly two years ago, he sat on the knowledge that the Justice Department had launched a criminal investigation.”

Gonzales, who was a White House counsel in 2003, said when he was first informed about the investigation into the leak by the Justice Department he waited roughly 12 hours before informing the West Wing.

“Anybody who was worried about e-mails had a lot of time to word-search it and delete it,” says Crawford. “We also know there’s a lot of evidence that did get through. They were getting rid of documents, but some of it still got through, at least from what has been leaked from the grand jury investigation about e-mails between Karl Rove and Vice President Cheney’s chief of staff, Scooter Libby.”


The new information from Gonzales also adds leverage to the Democrat’s case against Rove.
…

Remember how earlier today we told you about the missing 12 hours — the time that passed between when the White House was first notified about the investigation of the Plame leak and when Alberto Gonzales told the staff to preserve all documents? Well, forget what we said. It now appears that the White House had a lot more than 12 hours’ notice that an investigation was imminent — indeed, White House staffers knew for several days before Gonzales was even notified. How did they know? It was front-page news.

As The Carpetbagger Report reminds us, the White House was formally notified of an investigation on Monday, Sept. 29, 2003, and Gonzales told the staff about the investigation on Tuesday morning. But NBC had already reported news of an imminent investigation on Friday — that is, days before Gonzales’ notification went out. And on Sunday — 48 hours before Gonzales told the White House to save everything — the Washington Post put news of the investigation on its front page. In that story, White House press Secretary Scott McClellan was quoted as saying about the leak, “That is not the way this White House operates, and no one would be authorized to do such a thing…. I don’t have any information beyond an anonymous source in a media report to suggest there is anything to this. If someone has information of this nature, then he or she should report it to the Department of Justice.”

Yesterday, Gonzales said that he waited 12 hours to tell everyone about the inquiry because he wanted to ask Justice Department lawyers some questions about it, and they’d all gone home by the time he received the news. But on the weekend before Gonzales got the formal news, McClellan — a member of the White House staff — clearly anticipated an investigation into the matter; his quote seems to suggest that an inquiry would be inevitable. So if Scott McClellan knew that the Justice Department was investigating the matter, and if media reports had been warning for several days of a coming investigation, shouldn’t Gonzales have been more prepared when he finally got formal notification of the criminal probe?

We’re not saying, of course, that Gonzales had another reason to delay telling everyone to save everything. But to those people who are now suggesting as much — say, Sens. Joe Biden and Charles Schumer — this whole thing sure must look fishy. 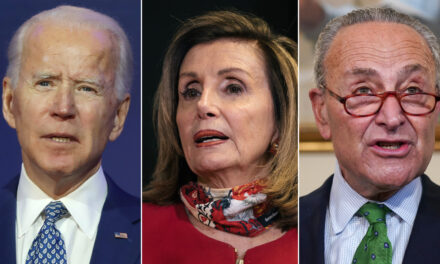