The CIA, Iraq, and the White House

I think we know what happened. It’s slowly coming into view. During the Clinton administration we orchestrated a disinformation campaign about Saddam Hussein and Iraq in order to justify our continued presence in the Gulf, and to justify the interminable sanctions regime.

Policy makers were divided over what to do about Iraq. After all, Bill Clinton didn’t launch the Persian Gulf War, and most Democrats voted against it. Clinton inherited an intractable problem, and one that caused ever increasing international tensions.

It appears that sometime around 1996 the CIA was tasked with fomenting an internal coup, but the coup attempt was either compromised or called off at the last minute.


By 1998, Clinton was embroiled in scandal, bin-Laden attacked our African embassies, and our foreign policy became confused and unfocused. Acting on Clinton’s weakness, a bi-partisan group of energy hawks forced through the Iraq Liberation Act which stated:

It should be the policy of the United States to support efforts to remove the regime headed by Saddam Hussein from power in Iraq and to promote the emergence of a democratic government to replace that regime.

On Halloween, 1998, Clinton signed the act into law.

In spite of this, Clinton never seriously contemplated regime change after 1996. At least internally, the CIA gave honest intelligence assessments. In December 2000, “the intelligence agencies issued a classified assessment stating that Iraq did not appear to have taken significant steps toward the reconstitution of the [nuclear] program, according to the presidential commission report concerning illicit weapons.” link

Early on in the Bush presidency we heard some moments of truth. For example, on February 24th, 2001, Colin Powell was in Egypt where he talked about Iraq:

“He has not developed any significant capability with respect to weapons of mass destruction. He is unable to project conventional power against his neighbors.”

…even though we have no doubt in our mind that the Iraqi regime is pursuing programs to develop weapons of mass destruction — chemical, biological and nuclear — I think the best intelligence estimates suggest that they have not been terribly successful.

Both Clinton and Bush found it useful to hype the threat of Saddam Hussein. We were under pressure to lift the sanctions on Iraq, and that was not something we were inclined to do. It was necessary for both domestic consumption and for international relations, therefore, for us to constantly keep the nastiness of Saddam’s regime in the public eye.

But sometime in 2001, our policy changed. Perhaps it was before 9/11, perhaps 9/11 changed the equation. But it is now clear that sometime in 2001 the CIA changed course from giving an honest assessment of Iraqi intentions and capabilities, to giving a false one. They didn’t do it all at once. In fact, the White House waged a semi-public feud with the CIA, essentially calling them pussies for failing to back up worst-case scenarios.

It is also now clear that the CIA did the White House’s bidding quite reluctantly, and they did not appreciate being blamed for the intelligence failure when no WMD turned up after the invasion. The latest NY Times article is just more evidence of this:

The Central Intelligence Agency was told by an informant in the spring of 2001 that Iraq had abandoned a major element of its nuclear weapons program, but the agency did not share the information with other agencies or with senior policy makers, a former C.I.A. officer has charged.

In a lawsuit filed in federal court here in December, the former C.I.A. officer, whose name remains secret, said that the informant told him that Iraq’s uranium enrichment program had ended years earlier and that centrifuge components from the scuttled program were available for examination and even purchase.

The officer, an employee at the agency for more than 20 years, including several years in a clandestine unit assigned to gather intelligence related to illicit weapons, was fired in 2004.

In his lawsuit, he says his dismissal was punishment for his reports questioning the agency’s assumptions on a series of weapons-related matters. Among other things, he charged that he had been the target of retaliation for his refusal to go along with the agency’s intelligence conclusions.[snip]

The former officer’s lawyer, Roy W. Krieger, said he could not discuss his client’s claims. He likened his client’s situation to that of Valerie Wilson, also known as Valerie Plame, the clandestine C.I.A. officer whose role was leaked to the press after her husband publicly challenged some administration conclusions about Iraq’s nuclear ambitions. (The former officer and Ms. Wilson worked in the same unit of the agency.)

“In both cases, officials brought unwelcome information on W.M.D. in the period prior to the Iraq invasion, and retribution followed,” said Mr. Krieger, referring to weapons of mass destruction.

Now the chickens are coming home to roost.

The Narrow Road to the White House and Choosing a Veep 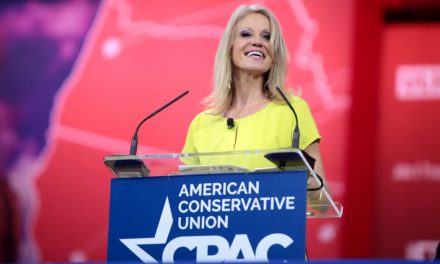 The Bush White House thought the Iraq Invasion would be a cakewalk.  A new base for the troops transferred out of Saudi Arabia and an end to the No Fly Zone and Sanctions’ Oil for Food farce.  They just needed justifications.  So they pushed the intelligence and got their war.

They created their own reality.  A war where the characteristic wound is brain trauma.

was meant as a reply to you.

more to your view that the popular converse: that we planned for chaos.  I don’t think so.  I think we may have grown overconfident from our unexpectedly quick success in Afghanistan.

Not too many hereabouts, I would think.

What would be the point in planning for chaos?  How does that address any substantive issues?  If that is the case, then we were only looking to create permanent military bases.

Even that doesn’t make sense to me.  It seems that most of the the Arab Middle East would not want US military troops on their soil, as it draws attention to their repressive regimes.  Saudi Arabia has dealt with a number of violent fundamentalist attacks since 9/11.

I am not being argumentative here, it just doesn’t make sense to me.

on the chaos in Iraq:

I lean more toward the first than the second.

No way did the Bush Administration envision a prolonged Sunni religious based rebellion. Improvised Explosive Devices and Suicide Bombers have turned American’s Iraq neo-colony into a farce.  I bet if you polled the Vice President’s office two years ago, they would have replied unanimously that the USA would be in Tehran by 2005. If there was going to be chaos, it would have been at American’s hand not the mullahs. What is profoundly different than the Vietnam War is the conscious decision to lie and employ propaganda as an integral component of the Iraq occupation.  The conundrum facing the Bush… Read more »

There is a point in planning for chaos – diversion, obfuscation and submission.  Certainly worked after 9/11, we’re in Iraq, right? Whether the initial plan in Iraq was chaos is certainly debatable.  I think the evidence supports chaos as the current plan.  It is no mere coincidence that BushCo. put the Iran/Contra first string back in action. Think about the benefits of chaos in that context. DoD is getting everything they’ve dreamed of, money, access, opportunity and cover. “It’s for the WoT, and it’s classified,” while the CIA, the oil companies “private contractors” get official US cover.  Diversion, obfuscation and… Read more »

I see both of your points.  It is a short-sighted policy.  We as a society need to decrease our dependency on oil.  I know that the oil companies that greased Bush’s appointment won’t allow such talk, but we as individuals need to be more vocal about that point.

Ah…. short sighted also depends on the end goal. Consider that the oil companies ARE Bush, they didn’t just grease his appointment.  Same for Cheney.  If you control a scarce and necessary resource, the number one thing that makes our world turn, you have successfully completed global domination.  You would also have an interest in opposing any other, particularly renewable, forms of energy.   The oil giants know their days are numbered, and they’re hellbent on maximizing their control and profit. 2006, 2008, 2012 will come and go, but the big boys that control the world’s energy are in it… Read more »

I think we may have grown overconfident from our unexpectedly quick success in Afghanistan.

Um.  What success in Afghanistan?  Being somewhat less of a blatant failure than Iraq isn’t the same thing as being a success.

sudden collapse of the Taliban forces in 2001.

In fact, the White House waged a semi-public feud with the CIA, essentially calling them p—–s for failing to back up worst-case scenarios.

At this point most Americans will roar with laughter at the phrase “Bush administration blames intelligence failure on….”

. Played ahead of Iraq invasion where important to determine invasion strategy, logistics, timeline and troops strength. At the time before March 2003, I listened to a news item where the results were discussed and evaluated. The game result was a whipping of the US forces by the opposing general! He used all strategies of preparation, insurgency, sabotage, terror and urban warfare. The conclusion of DoD staff – the Iraqi forces will never be as resourceful as the US general who played their role! My view: Poor judgement. lack of leadership, wrong strategy and underestimation of enemy resolve and inventiveness.… Read more »

But sometime in 2001, our policy changed. Perhaps it was before 9/11, perhaps 9/11 changed the equation. But it is now clear that sometime in 2001 the CIA changed course from giving an honest assessment of Iraqi intentions and capabilities, to giving a false one.

Bush had already made up his mind to go to war even before the election. And Cheney, Perle, and Wolfowitz were authors of the PNAC manifesto in 2000 calling for regime change and preemptive strikes as a part of American policy.

When Bush seized the presidency in 2000, my first thought was, “Great, now we’re gonna end up back in Iraq!” Not a pleasant thought, particularly considering that my husband is a Marine. I had hope that cooler heads would prevail and they would be blocked from that ambition, but I never doubted for a minute that it was their ambition. There was just too much oil, and too much old business, for them to leave it alone. Right after 9/11, even as we were planning to go into Afghanistan, they were talking about Iraq and feeling out our European and… Read more »

The info was out there, especially from the Texas Observer. They had a whole laundry list of Bush corruption going on. And that was before he even went to the White House.