Maybe the looters were right- in the Superdome, horrors aplenty, but on the streets (if you survived) water and food were available for the taking.  So where will you go next time, if you can’t get out?  High ground, or the Superdome?

The federal government, it turns out, did little more than roll over and hit the snooze button after 9/11, at least as far as emergency management here in America goes.  Perhaps we will all wake up to find the Iraqi debacle, the budget cuts for levee maintenance, and the tax cuts/deficit growth since the horrors of that day were all terrible dreams.

And there is more, including global warming, Rehnquist’s replacement, and muses on Labor Day and the American worker.

For more Daily Pulse, including letters, cartoons, columns, a place for your own local commentary, and international editorials, go to The Daily Pulse every day.
Tucson Citizen

It’s Labor Day.  Let us all celebrate the demise of the American worker.  Yes, we are happy to have jobs, and even have some job satisfaction.  But our real wages have declined every year of the Bush Administration, and the profits continue to flow only one way.  Further, the international worker has reached a sufficient level of education, and transportation and communication have advanced so far, that each and every one of us can be replaced.  And I don’t mean just factory workers.  Did you know that there is a group of radiologists out of Australia (actually, American licensed doctors there, for licensing reasons, but how long will that hold up?) that reads American radiology results in the middle of our night, via the internet.  If it is possible with medical professional, who is safe?

On this Labor Day – the day set aside to honor the American worker – there is a paradox in the national employment picture:

* Economic indicators have been looking good. Yet,

* The real income of the typical American household has fallen for five years in a row. …

Because of that, the number and the percentage of Americans living in poverty increased last year. And this comes amid an economic expansion in three of the past five years. …

Although researchers all use different methods, one thing is clear: Despite declining income, American workers appreciate, even relish, their jobs.

On this Labor Day, the American work ethic is alive and well.

Global warming is a fact.  Period.  Even the people that say otherwise don’t think otherwise- they jut know the truth is bad for business.  Unfortunately, the business of BushCo is the business of those people, oil, so as long as he and his cronies are in power the globicide (yes, I did just make that up) will continue.

Katrina makes best case yet for effects of Global warming

Four hurricanes in Florida alone last year, and now one that has virtually leveled New Orleans. For now, we need to take action to ease the suffering and help the people restore their lives. But when the suffering has eased, we need to ask ourselves why we’re seeing an increasing number of such fierce storms. Here in Montana, we’re in a record-breaking seven-year drought, which came just after two record-breaking snowpack years. …

…According to Professor Naomi Oreskes in Science (Dec. 3, 2004), there is none. Oreskes reviewed every peer-reviewed scientific paper she could find (928 total) on global warming; not one disputed its reality or its at least partial human cause. She concluded, “There is a scientific consensus on the reality of anthropogenic climate change. Climate scientists have repeatedly tried to make this clear. It is time for the rest of us to listen.” The American Meteorological Society, the American Geophysical Union, the American Association for the Advancement of Science, and the National Academy of Sciences all agree. …

Do these storms speak loudly enough? How many more human tragedies will it take before the president and Congress wake up to the reality of global warming and take action? How many more people will have to die?

Americans are dying, and the federal government has been terribly slow to respond.  There can be little doubt, if we are ever honest, that one reason is the assets, both personnel and material, were half the world away in Iraq.

Where is the National Guard in the wake of this terrible national disaster? Why are babies and the elderly dying for lack of water and medicine? …

This paper suggests Bush replace Rehnquist with O’Connor.  That it a fantasy, and he won’t do it.  A Chief Justice appointment is a legacy appointment. Do not be surprised if, rather than elevating Scalia or Thomas, Bush picks his own person for that seat.  Possibilities include all the crazies recently appointed to the appellate bench, a couple of the even crazier lost in the filibuster, and some other names not yet in play.  One possibility is Mel Martinez, a Senator from Florida.  He’s Hispanic, giving Jeb a big bump for his Presidential ambitions.  It also lets Jeb appoint Katherine Harris to his seat, freeing up the nomination to run against Bill Nelson for somebody who can win.

It has turned into the Labor Day from hell. A great American city is a third-world ghetto of ruin and failed leadership. The president is under siege for his dismal response to New Orleans’ tragedy. And now the chief justice of the United States is dead, cleaving open two more staggering questions for the Supreme Court — Who will replace him? Who will be chief justice? — the very week of the Senate confirmation hearings for the judge nominated to replace Sandra Day O’Connor, who announced her retirement 67 days ago. For the court’s and the nation’s sake, President Bush may want to call her back. …

The more telling, and at the moment the most critical, decision President Bush has to make is the replacement of Rehnquist’s role as chief justice. That’s not just one vote. It’s vectoring the court’s future course. …

For President Bush, it will be an obviously historic choice, both perilous and defining. Think of it as picking the presidency of the judicial branch for the next half generation. It shouldn’t be made lightly, quickly, or with any less than the focus of the Senate and the nation. But a month before the Supreme Court opens its new term, in an election year, and with a president in a dusk of approval ratings, neither time nor circumstances permits such clear-eyed deliberations over a permanent choice for Chief Justice.

For these reasons, and for now, Sandra Day O’Connor would be the steadiest, most readily acceptable choice to fill the Chief Justice’s chair.

BushCo is busy saying `let’s not consider the problems, let’s just help people.’  That is entirely self-serving and myopic.  If 9/11 “changed everything,” particularly in our response to disaster and our support for first-responders, why has the Katrina response been such a cluster-f*#@?  Bush has reminded us weekly, sometimes daily, that “we are at war,” but Katrina has reminded us that Bush has done nothing but give lip-service to that war, and that we are, if anything, worse off than before.

I would like to rehash some recent U.S. history.

On Sept. 11, 2001, after finally coming out of hiding, George Bush made numerous photo-opportunistic appearances and said many comforting things to a country desperate for anything comforting. He then orchestrated the invasion of Afghanistan. …

Fast forward to August 2005. Here we have the worst natural disaster in U.S. history and we have babies begging for food and water on TV. …

Don’t be delusional and believe Bush and his incompetent cronies could possibly respond in an adequate manner in the event of an attack involving WMDs in another metropolitan area or for that matter prevent it in the first place. We’ve been lucky so far, and our luck won’t last forever.

AS THIS is written, it seems the situation in New Orleans after Hurricane Katrina couldn’t possibly get worse. But then, that’s what we thought 24 hours before. …

There will be numerous investigations of this, but it’s already clear that city and state officials dropped the ball – indeed, they hardly tried to catch it. Federal officials were too slow to step in. …

In spite of our best security efforts, a major terrorist attack – major enough to make 9-11 look like a prelude – is possible. And the potential for gigantic natural disasters isn’t limited to the Gulf Coast. If what happened in New Orleans doesn’t wake this country up to its deficiencies in emergency planning, it is not just sleeping but comatose.

Here is an interesting point of view- maybe the looters were right.  People that went to the Superdome went a week without food or water.  People that didn’t (those that survived) were able to “loot” their way to food and water.  Now isn’t that ironic?

Maybe the looters were right. …

But the frail have been dying at a shelter that was a central spot where emergency sustenance was supposed to be made available.

There are dangerous lessons here. Will it encourage those who can’t evacuate from the next disaster to go where directed? Will it teach them that those who loot live longest?

Initial responses of emergency relief officials failed miserably. They couldn’t get water deliveries to one location holding 20,000 people. They weren’t prepared to move supplies to the Mississippi coastline, which was more accessible. …

Despite the post-9/11 emphasis on “first responders,” our nation isn’t prepared for a crisis.

Government emergency agencies whose job it is to sustain the lives of survivors did too little, too late. People were dying in the Superdome waiting for water, awaiting their evacuation to Texas or elsewhere. People were suffering in little coastal towns in Mississippi.

When the flood water recedes, a thorough congressional investigation into relief response should arise. 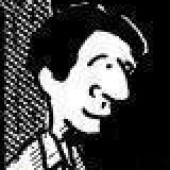 I Hate the Pro-Gitmo Crowd

The unknown unknowns of the Irish Lisbon Referendum