The 25th annual Banned Books Week, sponsored by the American Library Association and the American Booksellers Association for Free Expression, among others, and which will be held September 24 – October 1 — is getting national media attention.

Attempts to have library books removed from shelves increased by more than 20 percent in 2004 over the previous year, according to a new survey by the American Library Association.

Three books with gay themes, including Maya Angelou’s “I Know Why the Caged Bird Sings,” were among the works most criticized.

“It all stems from a fearfulness of well-meaning people,” says Michael Gorman, president of the library association. “We believe in parental responsibility, and that you should take care of what your children are reading. But it’s not your responsibility to tell a whole class of kids what they should read.”

The number of books challenged last year jumped to 547, compared to 458 in 2003, with the library association estimating four to five unreported cases for each one documented. According to the ALA, a challenge is “a formal, written complaint, filed with a library or school requesting that materials be removed because of content or appropriateness.”

National [Christian Right] organizations such as the American Family Association have been involved with library challenges, but far more complaints come from individual parents and patrons, according to the ALA.”

The American Library Association states in thier press release:

Thousands of libraries and bookstores will sponsor events and exhibits speaking out against attempts like these to censor books and celebrating the freedom to read during Banned Books Week. An Alabama librarian plans to bring author Chris Crutcher, whose book “Whale Talk” was banned in Limestone County schools, to discuss his books and experiences with censorship. South Dakota State University library hosts petitions calling for the release of imprisoned writers. And the first-ever Downtown Omaha Lit Fest will salute Banned Books Week with readings and an art exhibit.

A challenge is defined as a formal, written complaint, filed with a library or school requesting that materials be removed because of content or appropriateness. According to Judith F. Krug, director of the Office for Intellectual Freedom, the number of challenges reflects only incidents reported, and for each reported, four or five remain unreported.

“I believe the more we exercise our freedom to read and read widely, the better equipped we are to make good decisions and govern ourselves,” [ALA president Michael] Gorman said. “Controversial ideas should be debated, not driven into dark alleys.”

To find out more about Banned Books Week, click here. 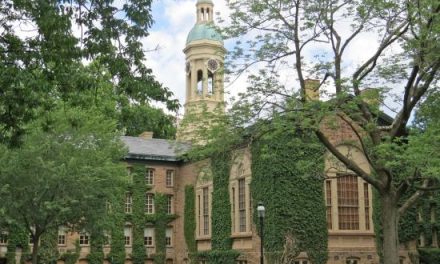 What is the Most Offensive Food? (poll)

(They will kill you anyway.)

Read a banned book for freedom.

Thanks for the reminder-and big hooray for libraries and librarians…standing up for us all.

Almost finished  with Catcher in the Rye… then I’ll check out some INTERESTING titles from the library this week 🙂 Thanks for the reminder FC!