Norman J. Pattiz (pictured), vice chairman of the US-based Israel Policy Forum, has been appointed chairman of the ‘Middle East committee’ of the U.S. Broadcasting Board of Governors (BBG). The committee represents the propaganda arm of the Middle East Initiative, which seeks to “democratize” the region against its will.

In a February radio address in honor of Voice of America’s 60th anniversary, Bush singled out Pattiz for his “perseverance and dedication to the project.” The ‘project’ being the production of Arab-language propaganda for two new media outlets: The Al-hurrah satellite television network, and Radio Sawa.

Continues below the fold »»

Billionaire Pattiz, 59, is founder and chairman of Westwood One, the largest radio network in the United States with 7,500 stations. The $3.5 billion-company is also the largest distributor of commercial radio programming. Its news programs include CBS News Radio, Fox News Radio, CBS Market Watch, CNN Radio, and the NBC Radio Network. Pattiz helped pass the Telecommunications Act of 1996, which eliminated restrictions on how many stations a company can own.

Pattiz, who lives in a Beverly Hills mansion and sports a big, diamond LA Lakers championship ring on his pinky finger (a gift from Shaquille O’Neal), bought his way into the heart of Bill Clinton by contributing a paltry $300,000 to his campaign. (Pattiz pled guilty to charges that he skirted campaign finance laws and got a wrist-slap, paying a $75,000 fine.) The favor was returned when Clinton nominated Pattiz to the BBG. More recently, Pattiz helped fund Hillary Clinton’s successful senate run, which he has since used to leverage her cooperation in attempting to win the release of Israeli spy Jonathan Pollard.

Pattiz is no stranger to Middle Eastern politics. He has been an active force at the Israel Policy Forum (IPF) — a think-tank that coordinates pro-Israel propaganda. He meets regularly with key Israeli politicians, and hosts IPF monthly roundtable discussions where prominent American Jews of the media and government meet with Israeli leaders in brainstorming sessions. In 1999, Pattiz was honored by IPF at a tribute dinner where former Prime Minister Ehud Barak presented him with an award and called him “an important conduit of information.”

● Information Control For Social Manipulation
© 2003 by David B. Deserano is a recent graduate from Portland State
University, Oregon, with an MS in Communication Theory

In April 2004, according to the Los Angeles Times, Secretary of State Colin Powell complained to the visiting Qatari foreign minister, Shaykh Hamad Jasim ibn Jabir Al Thani, that Al Jazeera’s broadcasts had “intruded” on relations between the US and Qatar. Qatar hosts the largest American military base in the region.
And on August 6, 2004, Secretary Rumsfeld spoke before the Chicago Council on Foreign Relations. According to the official account:

Defense Secretary Donald Rumsfeld told the Council on Foreign Relations in Chicago August 6 that some of the reporting by Arab media such as Al Jazeera and Al Arabiya has damaged US initiatives in the Middle East. For example, he said, "They have persuaded an enormous fraction" of people that the United States is in Iraq as an occupying force, "which is a lie."

Or, he added, they have persuaded people that US soldiers "are randomly killing innocent civilians, which is a lie. ... Rumsfeld said some of the Al Jazeera reporters in Baghdad have been in the past on the payroll of the regime of Saddam Hussein. By conveying false or misleading information now, he said, it "makes everything harder" for the United States and even for countries that are neighbors to Iraq. 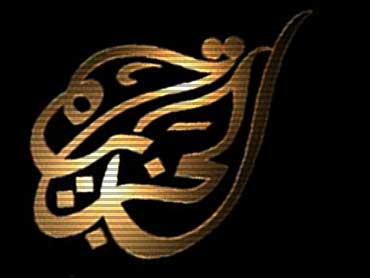 “Or, he added, they have persuaded people that US soldiers “are randomly killing innocent civilians, which is a lie. … Rumsfeld said some of the Al Jazeera reporters in Baghdad have been in the past on the payroll of the regime of Saddam Hussein. By conveying false or misleading information now, he said, it “makes everything harder” for the United States and even for countries that are neighbors to Iraq.” Gawd there is so much disinformation in Rummy’s tirade there… where to begin?? First off: No other newsmedia is less “free” than Americas right now. Secondly he has our men… Read more »

. It started with a search for corporate media and Jewish corporate media, which led to websites on media influence on U.S. foreign policy. I recently wrote a diary Norman J. Pattiz – Chairman BBG Middle East Committee. In another diary on the War of Words between Israel and Iran on new electronic devices for precision detonation of bombs in Iraq, I skirted some clearly anti-semitic sites, yet there was some worthwhile content to quote from. Is this anti-semitism? The Israeli Terrorist State and its Mossad Assassins ◊ by Dr. Israel Shahak Jewish Assassination and Media Doublethink ◊ by Michael… Read more »

IPF has been much more critical of Sharon and supportive of a two state solution than other Israeli think tanks.  It is definately alligned with Labor rather than Likud.  don’t think it is fair to describe it as a propaganidist outfit for Israel.  It doesn’t white wash like other organizations.  It hard for me to believe one of their members would lobby for the release of Pollard.  Do you have any proof of this allegation?

. The marge to operate within Israeli politics toward a peaceful settlement of a two-state solution and return of all Palestinian land occupied by Israel since 1967, is very small. In practise, it’s been Likud PMs who made steps toward peace, as a military regional power will only negotiate from a position of strength, does will do all to weaken the other partner for peace. It was PM Begin to settle peace with Sadat and PM Sharon to pull out of Gaza. Rabin failed and the largest and critical failure was PM Barak in 2000 to sign a peace agreement.… Read more »