Culture of Life (But not for single mothers): Updated

For many individuals the church provides for unmet needs in their daily lives. Some find guidance, others find comfort or a sense of a community.  Apparently some receive something that is a bit less positive.
Last month a teacher employed at a Catholic school, Saint Rose of Lima school in Rockaway, New York, was fired upon the disclosure of her pregnancy.  Michelle McCusker is 26 years old and unmarried.

Rather than taking this opportunity to recognize that people actually do have sex, the Diocese of Brooklyn chooses to keep its head in the sand and instead applies rigid adherence to the rules.

Diocese spokesman says “This is a difficult situation for every person involved, but the school had no choice but to follow the principles contained in the teachers’ personnel handbook.”

So, at a time when this young woman will need support and a steady income, the church determines that her needs are subordinate to outdated rules and obsolete modes of thought.  No, it’s clearly better to sweep her under the rug.  To actually embrace this brave woman would mean recogizing that people aren’t studying scripture day and night.  And we couldn’t have any of that.  No, it’s clearly more appropriate to send her away, preferably to some gulag for unwed mothers.  While there she can be mind-wiped and re-educated.

And yet, if she had decided to abort, she would be shunned in the same fashion.  So the church would have it both ways.

A federal discrimination complaint has been filed against a Queens Catholic school, charging that it unjustly fired an unmarried teacher for being pregnant. Michelle McCusker says she doesn’t understand how a religion that prides itself on forgiving and on valuing life could terminate here because she’s pregnant and choosing to have this baby.

Lawyers at the N-Y-C-L-U argued that administrators enforced the policy in a way that disproportionately effects women. Attorney Cassandra Stubbs says “How do they determine if male employees engage in premarital sex?”

The overriding message here is that people serve their religion and not the other way around.  I can’t imagine a clearer illustration that organized religion has become an anachronism.

Update: Since the time I posted this, CNN has picked up this story. This is very interesting as I could not google any trace of this story after hearing it on New York CBS radio 880 AM late yesterday. Now it is getting traction. Thank goodness. Saturday Sports: Basketball? No… The House of Representatives. 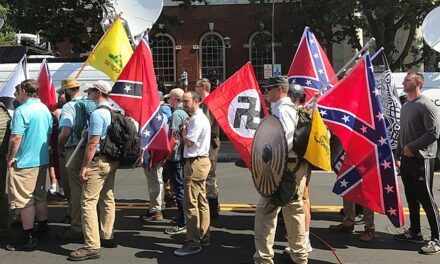