The Duke Of Hurl!

I posted this a while ago at my own Blog (B4 I found the pond!) and thought it might be relevant.

The Duke of Hurl

We have all read the ongoing fish story (it keeps getting bigger and bigger!) of Republican Randy “The Duke” Cunningham getting a nice profit of $700,000 from Mitchell J. Wade, “the defense contractor whose firm, MZM Inc., saw its number of government contracts soar in the months immediately after the home sale.”

Cunningham, obviously feeling a little seasick from the accusations, has hurled noxious reasoning at the situation in claiming that he is the most ethical human on the face of the earth:

signonsandiego.com
“My whole life I’ve lived aboveboard,” Cunningham said. “I’ve never even smoked a marijuana cigarette. I don’t cheat. If a contractor buys me lunch and we meet a second time, I buy the lunch. My whole life has been aboveboard and so this doesn’t worry me.”

Sure you buy them lunch, just like I am buying your story. Now the sharks are circling in a feeding frenzy around a deal that involves the “rental” of a 42 foot yacht, “The Duke-Stir”, owned by Wade.

nctimes.com
Cunningham since April 2004 has been living on Wade’s yacht in Washington. The congressman said that in lieu of rent, he paid more than $8,000 in dock fees and $5,000 for upkeep on Wade’s boat.

We can set aside the dock fees, because Cunningham rented space for his own boat at the Potomac River marina for years before he moved into Wade’s boat. According to Cunningham’s accounting, that $5,000 over the last 14 months amounts to $357 a month.

Unless we are missing something, this looks like a sweetheart deal, with Cunningham paying far less than market rent, to say nothing of the true maintenance and depreciation costs of a fancy boat.

$357 dollars per month for a luxurious yacht? “Sweetheart deal”? You have got to be kidding right? Why even bother charging at that price? Around here that will get you a cardboard box in a park to live in.

Now, I am in a pretty generous mood today, so I will be nice enough to allow Cunningham the luxury of claiming the docking fees as a “legitimate” part of his rental fee. That would make $13,000 for 14 months of living on the “Duke-Stir”. Being in a generous mood I will say that is about $930 per month. ($928.57 per month, to be precise)

Considering my wife and I pay about 2 grand per month on our mortgage that $930 per month seems a little bit skewerd for a luxury yacht charter?

Heck! My friends and I are looking at paying about a grand to charter a fishing boat for a day. It’s a nice fishing boat, but it is not a yacht… So my mortgage really seems WAY too generous a comparison.

I found a nice charter service running out of Annapolis, Maryland, to try and do an honest comparison of how much a yacht would typically cost to charter. I chose only the yachts on the list that were within a few feet of the 42 foot Duke-Stir’s length.

To make this comparison as fair as possible I have also chosen the least expensive yacht on this list of comparable yachts, the Wind Walker, to base some (not so) fun calculations on.

At $3909 for a 2 week charter you would have to figure that it would come in at $7818 for 28 days… But continuing to be in a generous mood I will call that the full monthly charter cost. (Man! Am I ever generous today, huh?)

That means that to charter a yacht like the “Duke-Stir” it would cost $109,452 for 14 months, at the minimum by my more-than-generous calculations. Subtract the generous $13,000 that Cunningham claims to have paid in “rent” and you are looking at what is an extremely generous gift to Cunningham from Wade of…

Keep in mind that this generously low calculation of Wades “Duke-Stir” gift is just tip of the iceberg when compared to the titanic $700,000 house warming gift that will sink Cunningham.

Kind of makes you want to hurl when Cunningham says, “My whole life I’ve lived aboveboard,” eh? It is time to throw this ethically challenged Republican overboard. Feed him to the circling sharks. I am certainly being more than generous in that thought than he deserves…

Update: This is an excerpt from a signonsandiego.com news story where they do an indepth evaluation of the actual value of Cunningham’s home:

Cunningham previously lived in the same slip aboard a 65-foot yacht called the Kelly C. Coast Guard records list Cunningham as the owner of the Kelly C.

In 1998, when Cunningham was living aboard the Kelly C, he used his position on the defense appropriations subcommittee, which oversees the District of Columbia’s budget, to earmark $3 million to refurbish the waterfront where the yacht was docked.

Shortly after Congress approved the funding, Cunningham told Copley News Service he was fulfilling his duties as a member of the subcommittee.

It was not, he said then, because the beautification project would benefit an area he calls home when he is working in the nation’s capital. It was, he said, because then-Speaker Newt Gingrich “said he wants to make D.C. a shining city, and so I said, ‘OK, . . . I want to clean up the waterfront’ . . . not for Duke Cunningham,” he added. “I haven’t got a nickel invested.”

As Cunningham’s office tries to deal with questions about Wade’s yacht, a controversy continues to swirl around the sale of the congressman’s Del Mar house. Real estate professionals in San Diego have questioned the sale’s circumstances, saying their review of the comparable sales do not support the price that Wade paid Cunningham in November 2003.

Go read the entire story… It has a nice pic of the luxury yacht, Duke-Stir. It also makes a mockery of Cunningham’s “aboveboard” life.

With Katherine Harris now tied into MZM it just seemed relevant, and since everyone seems to downplay the free use of the boat “The Duke Stir”. They have obviously never tried to charter one. They are outrageously expensive. It adds up to about another $100,000.00 to pad his retirement. 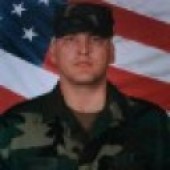 Kansas Through the Looking Glass

How Republicans Will Energize ChristoLunatic Base

My congressman was named "Worst Person in the World".