How Iraqi’s See The Problem

“Yes, it is true that under democracy people are entitled to express their frustrations, but shouldn’t it occur to these corrupted leaders that the people are complaining about their cronyism, nepotism, and favoritism, and is it about time for them to act upon the legitimate voice of their constituents, put their houses in order and call for eradication of corruption across the ranks?”

The above quote could have been written about the US government under the Repubs, but it wasn’t.  It appears in the Kurdish Media and is a story about what Iraq has become.   The irony of that part of the article seems to sum up how every thing Bush touches turns to crap.  George Bush started a war and has set in place his and the Repubs idea of democracy.  They don’t call themselves Repubs in Iraq, but maybe they should.


All we’ve heard from Bush & Co is that when the Iraqi people get to vote, all will be well. We’ve seen 2 elections now and it’s all a bunch of BS.  The problem wasn’t the lack of vote, the problem is us.

Earlier this year the framing and ratifying of the Iraqi constitution was looked upon as a beacon of freedom and stability in Iraq. However, that process is now complete and nothing has changed other than that Iraq now has a constitution that will only prove to have been a waste of time.

To claim that it would can only be perceived as accurate and reasonable if Iraq were a mature environment ripe for democratic establishment and advancements. However, given the economic injustice and corruption that is widely prevalent, Iraq’s democratic future seems dismal at best.

The melancholy fact is that the problems causing the Iraqi people’s disenchantment with the progress towards democracy do not include the lack of a parliamentary election, but rather are a host of daunting social and economic injustices induced by the American occupation.

Read this last sentence carefully.  This sentence sums up the true problem in Iraq. There is no way to undo this mess (my comment)

Bush never had a plan and neither does the Iraqi government.  The people aren’t stupid.  Every politician elected in Iraq is lining their pockets as fast as they can.

The most damning problem is that of the insurgencies that rob the people of their sense of security and peace of mind throughout the country. So far,there hasn’t been a viable plan to combat the terrorism and root out insurgencies.

Moreover, in particular in central and southern Iraq,authorities are failing to provide protection for their citizens, and gangs and a mob mentality are prevalent and threaten every innocent soul and every household.

In the economic arena, the occupation has triggered the most widespread corruption ever known to the Iraqi people.

While a few are benefiting from the rebuilding and reconstruction, others are still struggling to meet their daily needs.

A crook by any other name is still a crook.  I wonder if the Repubs passed out handbooks on how to run a government. Bush should be proud.  I wonder if DeLay’s been to Iraq?  Remember the $9B that vanished from Iraq.  I wonder if they check our politicians luggage before they leave Iraq?

In Iraq, the government is the main benefactor of businesses, and it has long been the case that most government contracts are awarded to the well-connected and privileged, but now it has reached the point where it is impossible for those without connections to the high authorities to be granted any contracts.

Also, in most instances the high officials take a big cut out of the proceeds. In the north, government contracts are only awarded to those who are connected to officials of the two predominant Kurdish political parties, and officials of both political parties have been engaging in fraud by awarding contracts to those contractors who return most of the profit to their coffers. The ongoing widespread corruption is demoralizing; it weakens the people’s confidence in the government while at the same time strengthening insurgencies.

I won’t be surprised if the crooked politicians were the cause of a full scale civil war.  People will only take so much and in a country that is getting tired of being blown up by both sides, they will eventually decide to fight.

The drafting of the constitution and the pending parliamentary election are indeed necessary steps toward making democracy flourish by principle, as these are pillars of a democratic system.

That being said, democracy as an institution can’t survive in a country so inundated with corruption and crooked political leaders.

The Kurdish as well as the Arab Iraqi leaders are cognizant of their depraved ruling and disenchanted constituents, and deceitfully claim that the people’s complaints are symptomatic of democracy, where people have the right to complain.

As I said above, we can stay until hell freezes over and nothing will be accomplished.  Bush & Co had no clue as to the culture and traditions of the Middle East.  They live by tribal customs, revenge and bribes.  You can’t take those things away from people.

The same paper that had the article I’ve written about has a story about Saddam’s lawyers being approached by people wanting Saddam to run for election.  I wonder if someone on trial can run for office.  Wouldn’t it be a slap in the face to Bush if Saddam ran and won?

Saddam was a dictator and brutal but he kept the country under control.  Women could walk the streets without fear, they were educated and had good jobs.  Now they are afraid of even open their doors and can’t go out without a male with them.  I’ve read blogs by Iraqi people who hated Saddam, but even they are beginning to long for life during his era.

For everyone who thinks we continue to waste billions upon billions on a war that is going nowhere, stop and think about what the cost will be once we declare victory again and leave.  The US led the charge to force Saddam to pay reparations to Kuwait after Gulf I and we are going to be forced to pay them when this mess is over.  Iraq had to pay for lost lives and damage to property.  Since we’ve basically destroyed whole towns in a large portion of Iraq and thousands of lives, I wonder how much that bill will be.  I have a feeling that it will make the reconstruction cost of New Orleans seems like pennies. 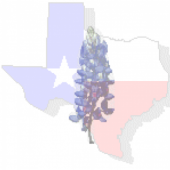 What Is Liberalism? Part 2B: The Role of The State (Part B)

How to Pick a Veep