Presidential bullshit notwithstanding, there is no “amazing” progress going on in Iraq, unless you happen to favor clandestine rule by Death Squad.

We’re not supposed to know about all this: that’s covered by something called “perception management”.

But this cat seems to have got out of the bag!
In his his most recent so-called major speech on Iraq, the so-called president said:

And maybe I’m a bit short-sighted or something, but I find it impossible to imagine how the foundation of peace for generations to come can be built by roving squads of kidnappers, torturers, and cold-blooded killers. Chris Floyd seems to have the same problem:

The recent revelations about the virulent spread of death squads ravaging Iraq have only confirmed for many people the lethal incompetence of the Bush Regime, whose brutal bungling appears to have unleashed the demon of sectarian strife in the conquered land. The general reaction, even among some war supporters, has been bitter derision: “Jeez, these bozos couldn’t boil an egg without causing collateral damage.”

But what if the truth is even more sinister? What if this murderous chaos is not the fruit of rank incompetence but instead the desired product of carefully crafted, efficiently managed White House policy?

What do you know about the Death Squads which are making such “amazing” progress in Iraq?

Who do you think they are?

How do you think they got started?

I’ll give you four links. Four different points of view; all good-to-excellent articles in my humble and slightly frozen opinion. I’ll include a brief passage from each article but I encourage you to click the links and read the originals:

Death Mask: The Deliberate Disintegration of Iraq by Chris Floyd:

We first reported here in June 2003 that the U.S. was already hiring Saddam’s security muscle for “special ops” against the nascent insurgency and re-opening his torture haven, Abu Ghraib. Meanwhile, powerful Shiite militias – including Talibanic religious extremists armed and trained by Iran – were loosed upon the land. As direct “Coalition” rule gave way to various “interim” and “elected” Iraqi governments, these violent gangs were formally incorporated into the Iraqi Interior Ministry, where the supposedly inimical Sunni and Shiite units often share officers and divvy up territories.

Bush helpfully supplied these savage gangs – who are killing dozens of people each week, Knight-Ridder reports – with American advisers who made their “counter-insurgency” bones forming right-wing death squads in Colombia and El Salvador. Indeed, Bush insiders have openly bragged of “riding with the bad boys” and exercising the “Salvador option,” lauding the Reagan-backed counter-insurgency program that slaughtered tens of thousands of civilians, Newsweek reports. Bush has also provided a “state-of-the-art command, control and communications center” to coordinate the operation of his Iraqi “commandos,” as the Pentagon’s own news site, DefendAmerica, reports. The Iraqi people can go without electricity, fuel and medicine, but by God, Bush’s “bad boys” will roll in clover as they carry out their murders and mutilations.

For months, stories from the Shiite south and Sunni center have reported the same phenomenon: people being summarily seized by large groups of armed men wearing police commando uniforms, packing high-priced Glocks, using sophisticated radios and driving Toyota Land Cruisers with police markings. The captives are taken off and never seen again – unless they turn up with a load of other corpses days or weeks later, bearing marks of the gruesome tortures they suffered before the ritual shot in the head. Needless to say, these mass murders under police aegis are rarely investigated by the police.

Earlier this year, one enterprising Knight-Ridder reporter, Yasser Salihee, actually found several eyewitnesses willing to testify to the involvement of the U.S.-backed commandos in 12 such murders. The offer was shrugged off by the Interior Ministry’s spokesman – an American “adviser” and veteran bones-maker from the Colombian ops. In the end, it didn’t matter; Salihee was shot dead by a U.S. sniper at a checkpoint a few days afterwards.

I urge you to read the entire piece, when you’re through with this one. It’s beautifully written, extremely well-documented. Click on Chris’ links for an education you won’t soon forget.

At least that’s what happened to me. Here’s my biggest problem: I can’t forget.

Mike Whitney seems to have the same problem. He refers to Chris Floyd’s work in his recent column, “Riding with the Bad Boys”: The rise of Iraqi death squads

The New York Times confirmed today that the “Iraqi (security) forces are carrying out executions in predominantly Sunnis neighborhoods.” Hundreds of men have been taken from taken from their homes by men in Iraqi uniforms and either “found dead in ditches or fields, with bullet holes to their temples, acid burns to their skin, and holes in their bodies apparently made by electrical drills. Many have simply vanished”. (Dexter Filkins, “Sunnis accuse Iraqi Military of Kidnappings and Slayings” NY Times)

The Times merely reiterates what has been echoing through internet for some time now, that the Iraqi Interior Ministry is using lethal force to undercut the Sunni-led resistance and terrorize the public. The plan was first uncovered in an article by Seymour Hersh in January 2005. Hersh reported that the Pentagon was intending to trigger “The Salvador Option”; a strategy which involves the training of “death squads” to execute a bloody secret war against “alleged” insurgents.

“Do you remember the right-wing execution squads in El Salvador?” one official asked Hersh. “We founded them and we financed them. The objective now is to recruit locals in any area we want.”
…
The genocidal attacks reported by the New York Times are the predictable upshot of a process that was initiated by the Pentagon to destroy the Iraqi resistance through violence alone.
…
The death squads and the intentional destruction of the Sunni heartland comprise the first two parts of the three-pronged strategy to defeat the Iraqi resistance. The final leg on the stool is the propaganda war that is being directed against the American people to conceal the details of the military’s war crimes.

Yes, concealing the details of the war crimes, that’s very important. It’s so important that we can’t let them get away with it!

No matter how hard they try. And they will try very very hard. The prospect of concealing their crimes is, after all, their only hope. Robert Parry has more on this, and much else, in his most recent article, Bush in Iraq, Slouching Toward Genocide:

For his part, Bush reiterated that he will only be satisfied with “complete victory,” which suggests he is resolved to break the back of the Sunni resistance at whatever cost.

The Bush administration also wants to keep a tight hold on information that might put the U.S. war effort in a negative light. That means the American people can expect to be shielded from many of the worst secrets in Iraq, much as the White House has continued to fight release of video showing abuses at Abu Ghraib and other U.S.-run prisons in Iraq.

According to U.S. military experts I’ve interviewed, a great deal of emphasis in the future will be on “perception management,” the concept of shaping how both Iraqis and the American people perceive the events in Iraq.

This media manipulation, combined with secretive “death squads,” adds even more to the recipe necessary for war-time atrocities that might cross over into genocide.

Takes one to know one, I’d say.

Meanwhile, I’ve been enjoying Bob Harris more and more lately, and he has a good recent piece on all this as well. Bob often says what I’m thinking, and in this case he [also] focuses for a while on the word “amazing” [isn’t that amazing?] but then he gets around to what so many of us must be thinking: “Death squads” in the Iraqi police:

To those who repeat the current GOP spin that opponents of the war are motivated by a hatred of Bush or a desire to see America disgraced, I would like to respond:

As an opponent of the war, I am trying to stop my country from being disgraced any further.

Pardon me? Disgraced any further? How could our so-called “leaders” disgrace us any further? More death squads? More torture chambers? More “perception management”?

Eternal darkness is upon us.

And it truly is “amazing”.

Read ’em and weep, my friends.

Death Mask: The Deliberate Disintegration of Iraq by Chris Floyd

“Riding with the Bad Boys”: The rise of Iraqi death squads by Mike Whitney

Bush in Iraq, Slouching Toward Genocide by Robert Parry

“Death squads” in the Iraqi police by Bob Harris 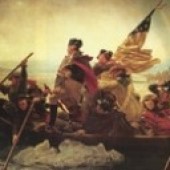 old enough to know better but young enough not to care

The Case for Impeachment

The things we don’t hear in "the debates"