WASHINGTON (CBS/AP) Dec. 3 — The White House said that the United States is the world leader on human rights, despite outrage in Europe over reports of secret CIA prisons where terrorism detainees may have been mistreated.

The administration has refused to address the question of whether it operated secret sites that may be illegal under European law, citing the constraints of classified information. Secret prisons and many harsh methods of interrogation would be illegal on U.S. soil. 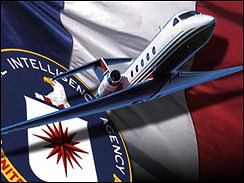 Several European governments are investigating whether covert CIA flights were used to transfer Islamist suspects to countries beyond the reach of international law.
CBS/AP

More than a half-dozen investigations are under way into whether European countries may have hosted secret U.S.-run prisons, and whether European airports and airspace were used for CIA flights in which prisoners were tortured or transported to countries where torture is practiced.

Secretary of State Condoleezza Rice has pledged a response to the European Union on the issue, but has given no timetable. It is not clear whether her reply will contain the definitive yes or no as to the existence of prisons first reported a month ago by The Washington Post.

The Post reported that the CIA has been hiding and interrogating some of its most important al Qaeda captives at a Soviet-era compound in Eastern Europe as part of a covert prison system that at times has included sites in eight countries, including Thailand, Afghanistan and democracies in Eastern Europe. The Post did not identify the Eastern European countries at the request of senior U.S. officials, who said the disclosure could disrupt counterterrorism efforts in those nations and elsewhere and make them targets of retaliation.

Rice has also pledged to discuss the issue publicly before she leaves Monday for a trip to European capitals. Her itinerary includes Romania, one country identified by the advocacy group Human Rights Watch as a likely prison site. Romania has denied it.

Is there a record of the White House lies according to Scott McClellan?

Shirley Sherrod: An American Tale of Redemption and Courage

Our Long National Nightmare is Over