There is a “war on Christmas” taking place. Evil Secular Humanists have spread out across the land to replace “Merry Christmas” with the bland “Happy Holidays;” the Rockefeller Center Christmas tree is to be called a “holiday tree;” kresh scenes are out of the question. Next they’ll try to kill Santa Clause, I tells ya.

Thank god for the stalwart defenders of Christmas. Lets start with John Gibson. Gibson, you may recall, recently penned this missive:

Yes, Virginia, there is a war on Christmas. It’s the secularization of America’sfavorite holiday and the ever-stronger push toward a neutered “holiday” season so that non-Christians won’t be even the slightest bit offended.

Traditionalists get upset when they’re told–more and more these days–that celebrating Christmas in any public way is a violation of church and state separation. That is certainly not what the founders intended when they wrote, “Congress shall make no law respecting an establishment of religion, or prohibiting the free exercise thereof.”

John Gibson, a popular anchor for the Fox News Channel, has been digging up evidence about the liberal activists, lawyers, politicians, educators, and media people who are leading the war on Christmas. And he reveals that the situation is worse than you can imagine. For instance:

Millions of Americans are starting to fight back against the secularist forces and against local officials who would rather surrender than be seen as politically incorrect. Gibson shows readers how they can help save Christmas from being twisted beyond recognition, with even the slightest reference to Jesus completely disappearing.

The annual debate will be hotter than ever in 2005, and this book will be perfect for everyone who’s pro-Christmas.

Thank god we have such brave individuals to defend my right to insult others who don’t celebrate this holiday. Fuck ’em, I always say. What are they doing messing around with those silly religions, anyway?

Next up we have the great champion that is Bill O’Reilly. O’Reilly, you may have heard, is almost single-handedly holding back the legions of granola-eating, patchouli-wearing demons who want to turn this holiday into a free-love fest. To wit, Mr. O’Reilly began this crusade:

O’Reilly: “War” on Christmas part of “secular progressive agenda” that includes “legalization of narcotics, euthanasia, abortion at will, gay marriage”

In the latest instance of decrying the purported “war” on Christmas, Fox News host Bill O’Reilly claimed that “it’s all part of the secular progressive agenda … to get Christianity and spirituality and Judaism out of the public square.” He then added: “[B]ecause if you look at what happened in Western Europe and Canada, if you can get religion out, then you can pass secular progressive programs, like legalization of narcotics, euthanasia, abortion at will, gay marriage, because the objection to those things is religious-based, usually.” O’Reilly’s comments came during a November 18 discussion on his television show, The O’Reilly Factor, with guest and fellow Fox News host John Gibson about “which American stores are using ‘Christmas’ in advertising this Christmas season and which are not.” Gibson is the author of The War on Christmas: How the Liberal Plot to Ban the Sacred Christian Holiday Is Worse Than You Thought (Sentinel, October 2005).

Folks, he’s putting his ass on the line, every day, so that you and I have the right to get sloppy drunk on grandma’s eggnog. I simply don’t want to live in the world these rationalists are attempting to create.

Now, I know what you’re thinking. You’re saying to yourself, “Gee, Bill, it surely takes the greatest amount of moral courage to defend so unpopular a holiday. How do you keep your fighting spirit up?” You also may ask, “Hey, John, how do you manage to stay focused in the face of such well-financed and ruthless an opposition?” Well, I certainly don’t want to put words in the mouths of these two great men. They’re out there, all alone, fighting ther good fight, every day.

But is help on the horizon? Is there no one who can relieve these tireless sentries?

Which brings me to the third wise man:

WASHINGTON, Dec. 5 – It is the time of year when bedtime stories and television specials often recall the plucky reindeer and the little girl of Whoville who managed to save Christmas. This year, some conservative groups are hoping to add a new name to that pantheon of heroes: Judge Samuel A. Alito Jr., the Supreme Court nominee.

“Liberal groups like People for the American Way and the A.C.L.U. have opposed public Christmas and Hanukkah displays and even fought to keep Christmas carols out of school,” declares a radio commercial paid for by the conservative Committee for Justice beginning Monday in Colorado, Wisconsin and West Virginia, states whose senators are considered pivotal votes on Judge Alito.

My heart swelled with pride and hope when I read this
article. After all, there is no greater legal issue currently before the court than the issue of whether or not my niece be allowed to sing “Deck the Halls” during this year’s “holiday” pageant.

Now that I know soon-to-be-associate-justice Alito is on the case, I can sleep comfortably at night.

(If others have already figured this out, please forgive me for pointing out the obvious.) 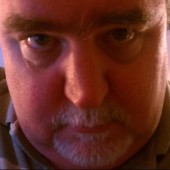 How Is This Legal?