Schwwwwweeeeeeeet. “A contentious U.N. climate conference entered its final day Friday with the long-term future undecided in the fight against global warming, and with a surprise visitor on tap to rally the “pro-Kyoto” forces,” reports CBS news in “Clinton Irks Bush Climate Team.”

Bill Clinton, who as president championed the Kyoto Protocol clamping controls on “greenhouse gases,” was scheduled to speak at the conference Friday afternoon — in an unofficial capacity but potentially at a critical point in backroom talks involving the U.S. delegation.


The U.S. envoys, representing a Bush administration that renounced the Kyoto pact, were said to be displeased by the 11th-hour surprise.


“They haven’t protested formally, but they’re annoyed,” a source in the Canadian government, conference host, said of the U.S. delegates. “They’re not infuriated, but they’re not thrilled.”


This source spoke on condition of anonymity because as a civil servant — not a politician — he is barred from the public light during Canada’s current election season.

Now, rubbing my fuzzy-from-a-cold head, I seem to recall that Mr. Clinton was not that great on environmental or climate change issues. Al Gore, on the other hand … oh, when I think that he should have become president in 2000 and we’d be on our way to emissions reductions, and so much more … it makes me sick. More from CBS News:

Mr. Clinton, who was invited here by the City of Montreal, will speak in the main conference hall between the official morning and afternoon plenary sessions, said U.N. conference spokesman John Hay. Despite its unofficial nature, the speech was sure to attract hundreds of delegates from the more than 180 countries represented.


A city spokesman said the ex-president will be representing the William J. Clinton Foundation, which operates the Clinton Global Initiative, a program focusing on climate change as a business opportunity.

WITH LIGHTS DIMMED in the late afternoon, the grand ballroom of the Sheraton Hotel in midtown Manhattan feels like an oversized television studio. Hundreds of men and women in dark suits are milling about, slowly seating themselves in rows facing a bright white stage accented with sky blue. Over loudspeakers comes the smooth baritone of a professional announcer, politely admonishing the crowd to be seated and be quiet. A few moments later the announcer says simply, “Bill Clinton.”


To the cool techno hum of Moby’s “Porcelain,” most often played as background sound in car and liquor commercials, the forty-second president of the United States ambles out from behind the set. Everyone rises to applaud as he opens his three-day conference of government leaders, business moguls, activists, and experts from around the world, gathered on this day in mid-September to discuss what can be done about poverty, corruption, climate change, and religious conflict. …. (Read all.)

ALSO — but only if you’ve taken your Prilosec for the day — check out Newsbusters to see how the ‘wingers feel about Clinton as well as Conason’s Esquire story.


This is a hot story that’s hitting all the major media outlets. I hope Clinton makes Bush sweat!

Apparently US officials have sent an official complaint to Canadian Ambassador Frank McKenna over the above statement.

My take on it?

Someone got up on the wrong side of Texas this morning … (Read all.)

“There is no proof of climate change” 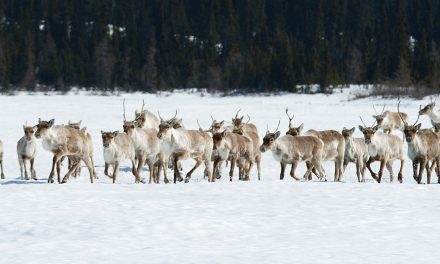