As stated in yesterday’s diary and implied in gwb’s weekly radio address, gwb’s intention is to ignore the problems that Medicare D has caused.  Instead, he will  make general statements re:  health care, such as the following:

“This year, I will ask Congress to take steps to make [health savings] accounts more available, more affordable, and more portable…Congress also needs to pass Association Health Plans, which allow small businesses across the country to join together and pool risk so they can buy insurance at the same discounts big companies get.”

Also, I have found nothing to even suggest that he is at all concerned about the problems that people with disabilities have faced when [attempting to] get their rx’s.  A few  examples:

Dr. Steven S. Sharfstein, president of the American Psychiatric Association, said the transition from Medicaid to Medicare had had a particularly severe impact on low-income patients with serious, persistent mental illnesses.

Dr. Jacqueline M. Feldman, a professor of psychiatry at the University of Alabama at Birmingham, said that two of her patients with schizophrenia had gone to a hospital emergency room because they could not get their medications. Dr. Feldman, who is also the director of a community mental health center, said “relapse is becoming more frequent” among her low-income Medicare patients.

And these are the ones that have been reported!!  What about those of us who are/could be in similar situations due to this fiasco?

Now, here  are some responses by other republicans:
Georgia Rep. Jack Kingston:

“There’s a tremendous opportunity for members of Congress to go out there and be the white knights — to listen, answer questions and get in the weeds with their constituents…But for members who feel they don’t want to bother, they are going to hear from those voters in November.”

Anyone else think we’ve got to start raising hell about this NOW?

Rep. Philip Gingrey, R-Ga., a physician who voted for the program:

“It’s no windfall politically…It could hurt us, but sometimes doing the right thing does hurt.”

A physician who advocates supporting a program that denys people their rx’s insists that is doing the right thing?

“It’s too early to commit to any legislative options…It’s unacceptable that some of the poorest, sickest people are having the most trouble, and it’s not what Congress intended.”

Hey Chuck, here’s a couple of questions:  Then why the hell did Congress make Medicare D so difficult to understand and implement?  Or are you just playing to both sides and hoping you’ll come out of this unscathed?

“The real rubber meets the road when they see what their expectations were versus what they actually get.”

News flash:  from an aide to a prominent conservative member of Congress who asked not to be named because he was not authorized to speak for his boss:

“The fallout is likely to be huge…It’s likely to anger seniors, while reminding the conservative base about the big-government approach that Republicans took to health care.”

“This Medicare bill is the biggest government fiasco in recent memory.”

“If you think they are mad now, you ain’t seen nothing yet.”

So are you two going advocate fixing the damn thing now, or waiting until after the mid-terms?  There are people’s lives at stake here!!!!!!!!!!!

Some of the legislation proposed by the Democrats in the Senate would:

Excuse me, but Medicare D was enacted in 2003!
It is now 2006!  Why weren’t Medicare employees “adequately trained”  earlier?

And, here are three  more points to consider:

Our health care system is private. They set their own rules and prices. They’re not accountable to anyone except maybe their share holders to assure they’re making a profit. They don’t take full responsibility for health care and yet they control the health care system.

We currently pay at least twice more per person than other countries do and we get the least value due to administrative waste and lack of the ability to get discounts through bulk buying.  Studies show we have enough money in our health care system to provide every man, woman and child with a high quality, basic health care package if we administered the dollars wisely through a single payer, non profit system.
We could SAVE $286 BILLION in health care paperwork.

If you can afford  a good health insurance policy, you get care; if you can’t, you don’t.  It’s been reported that 18,000 Americans DIE every year because they don’t have health insurance.

ANYONE IN DC EVER THINK ABOUT THAT??? 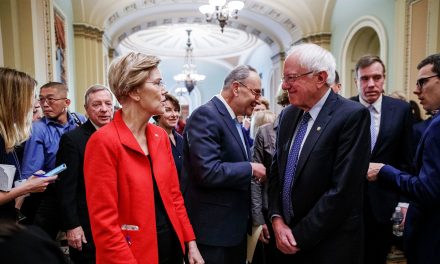 I am extremely upset about this, due to my near-relapse w/pneumonia as the rx’s that do work are not covered under Medicare D!  I lucked out as I have a good doctor, but I do realize that not everyone does.  Also have to wonder about next month…Doesn’t do my health any damn good!

Gonna check into that a bit more…That is, if Waxman is at all interested in hearing from a traumatic brain injury survivor…

And it is a turning point for the US, much as Operation Crescent Cleansing was and is. Whether the majority of Americans, including those directly affected, those whose family members are affected, as well as those who will be affected only indirectly, will quietly accept it as “the right thing,” as Rep. Gingrey says, be comforted by the rousing and indignant speeches of the Democrats,  or whether there will be a Revolution, remains to be seen. This is not an exaggeration. This has to do with some of the largest and most powerful corporations whose wealth depends on one of… Read more »

In some cases it will be the children who will fight, Street Kid-like, for the lives of their elders, others, forced to choose between housing for their children and the lives of the elders, will bow to the will of their government, who must know best… Your above post and description of me, actually I am flattered by that… Right now, I am doing all that I can to try and keep this very important issue alive (no pun intended) and try to make others realize that this isn’t just a balance the budget routine…People’s lives are at stake…The health… Read more »

I’ve got to tell you about my conversation with Howard Dean about health care.  But, I’m falling asleep as I type.  Will you be around tomorrow?

This program is a beginning. US cannot afford to maintain even the vestigial and token social programs it currently has, much less provide universal medical care. There is of course the “baby boom” issue. As this large population chunk ages, they will naturally develop medical problems, as most older people do. And there is aso the burgeoning underclass, whose poverty has already caused a whole other class of medical problems. The question involves not only the mega-interests of the medical and insurance business itself, but even larger industries. And it is not realistic to suppose that any of them will… Read more »

if the people of this country can do the “Support Our Troops” number (w/o even paying attention to the dollar amount), they sure as hell can support a single-payer health care system!

BTW, I love your input–your comments are so full of ideas!

I don’t know how we can live with ourselves.  The state of health care in this country was pretty marginal for a lot of people (see Diabetic Health care is self service at Eat 4 Today), now it’s descended into something beyond what you’d think even the cruelest of corporate apologists could justify.

But, justify it they do.  So they don’t get it at all.  And Ductapes right: Whichever way it goes, Revolution or full-blown Reich, either way, there will be no turning back.

Followed the link.  As I read the article, I had one thought:  The words “traumatic brain injury” (tbi) can be substituted for diabetes and, as opposed to nutritional info, there could be info on life after a tbi, but the point would be the same–the knowledge on how to live a person’s life after something so life-changing is not readily available to all…that bugs the hell out of me…(Had another idea pop into my head as I was typing–it’s not all jelled together yet, will definitely pop up in another diary…)

Did you see my note above?  I’ll be here tomorrow if you can talk then.

Evening or later…got some stuff to do during the day…G’nite!  Look forward to talking to you…

Also:  Thanks to chocolate ink for posting the link to the NYT article in yesterday’s diary!  (2nd link really helped illustrate/drive the point [home]!

You’re welcome…I usually read all the stuff I can find on this whole mess and how it’s being reported around the country.  Probably have more links saved if you want me to check them.

I’m off to bed also as it’s past one in the morning here so will talk here more tomorrow.

You probably have links saved that I missed and the other way around, thanks again! IMO, it is necessary to get as much as the info in one place as possible and then tie it all together to demonstrate the need for a single payer health care system.  Our specific instances are a starting point, but, the fact of the matter is that some are willing to accept a “few isolated instances” of people getting screwed over by Medicare D.  (And, sad to say, just you and I are considered “a few isolated incidents”–I hate that phrase, but I cannot… Read more »

I mean the numbers of people effected by this…seems to me that the one thing that lawmakers and the public understand and pay attention to is numbers!

I think healthcare is going to be the sleeper issue in the next couple of elections, at least.  The level of discontent with the current system, even among normally-red voters, is rampant.  It seems everyone you talk to has had a bad experience or knows some who has a bad experience–employer’s healthplan has been down-graded or dropped altogether, claims denied, hassles with insurer’s customer support, people who have been battered financially by medical bills, etc., etc., etc.  And this is the people who have (or had insurance).  People with kids coming out of school and having to start in those… Read more »

Could you link to the diary that you wrote?  I’d like to see your thoughts…

But, IMO, this issue cannot wait until any longer…The time for a single-payer health care system is NOW!

Link to diary here. The diary itself isn’t much–the comments is where the action is.  So many people with so many horror stories…

This is one that really caught me off guard:

david78209’s comment said it all.  You have to bitch and constantly call your Senators a/o congresscritter (mine is a wingnut) to get any thing done!  (I swear, the staff at one of my Senator’s office knows me on a first name basis–I’m constantly calling about something.)  That is bullshit!  You should not have to raise hell to get a person to do their job!

just for the hell of it:  x-posted at dkos