The Abramoff scandal widens. Can’t say we’re surprised that the rampant corruption and cronyism includes every nook and crevice of governance.

Democratic leaders, in a letter to Speaker Hastert, demanded a congressional investigation into the role played by the Alexander Strategy Group, the lobbying firm linked to Tom Delay and Jack Abramoff. It is alleged the legislative process and passage of the Medicare Prescription Drug Act was corrupted.

Shocked are you?  I didn’t think so.

link to full text of letter from Democratic Leaders Pelosi, Hoyer and Waxman below. Here’s the opening money quote summary:

We are writing to ask you to open an investigation into the role that the Alexander Strategy Group, a lobbying firm closely linked to Tom DeLay and Jack Abramoff, played in crafting the Medicare Prescription Drug Act of 2003 and the budget reconciliation bill currently pending before Congress.

The Medicare Prescription Drug Act, which has caused so much confusion and havoc since January 1, was a product of a corrupt legislative process. When the bill passed, we knew that Democratic members had been denied opportunities to offer amendments and that the vote had been held open for hours in the dead of night to twist arms. Afterwards, we learned that crucial cost estimates were illegally withheld from Democratic members; that the key Administration official responsible for writing the bill was simultaneously negotiating a high-paying job representing drug and insurance companies; and that the Republican chairman responsible for steering the legislation through Congress subsequently accepted a lucrative job in the pharmaceutical industry. We further learned about a Republican member who had alleged that a bribe had been offered him on the House floor.

Only this am, on Vermont Public Radio, is a report that the Medicare D fiasco is costing this small state $200,000 per day and it will take several weeks to fix the chaos in Washington DC. One example given was a 70 yr-old lady who showed up for her prescription only to be told Medicare D has her as being dead. Her response “if I don’t have my medicine, I’ll soon be”.

We’ve all read the horrors our seniors are facing. But this administration and their co-partners have only one solution to governance: Privatize it! and ensure the profits are sent to our designated charities.

link to full letter on the facts

Now speaking of cronyism – who do you suppose is in charge? Mark McCellan. Yea that’s the brother of Scottie, White House Press. Mark recently reversed himself when he said the federal gov would not reimburse the daily costs incurred by the states stepping in to keep their citizen’s Rx ongoing.

I’m disappointed in our Democratic leadership. They don’t seem to recognize when to holler and scream. “Stop the Crooks before they steal the barn and the cows.” 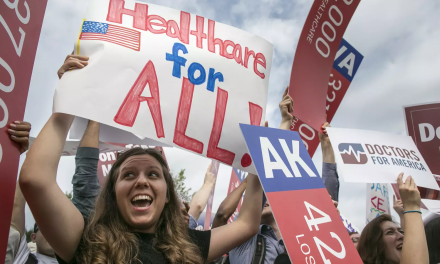 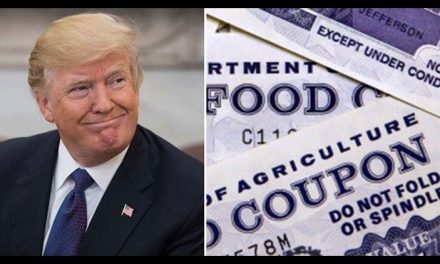 At the end of the day, when/if the absolute depth of corruption of the current leadership comes to full light, many of us will be truly shocked & unable to understand how this could possibly have happened to us. Of course, none of this is possible without full complicity and/or willful negligence of duty on the part of so many.

Is it really any wonder that efforts to ‘reform the truth’ & consolidate/hold power indefinitely are now top governmental priority? (Terrorism? Freedom? Please.)

Did you catch this?

* The program is a giveaway to pharmaceutical firms because Congress barred Medicare from negotiating deep discounts in drug prices – a practice used effectively in other government programs.…A drug benefit targeted solely to the neediest seniors…could be in operation now, had Congress not, instead, endorsed the existing, flawed law –thanks in large measure to mid-Michigan Congressmen Dave Camp, Vern Ehlers and Mike Rogers.

Thanks for dropping by.

Yes, that’s one of several factors mentioned in my link to Pelosi’s letter.

Been posting regularly re:  Medicare D…took a break yesterday…was getting burned out on it…

Ok. I say recharge your batteries and continue the good postings. Health-care will be one of the top 3 issues in ’06 and ’08 and we dems need to own the frame. (Economy,Health-care, War) The health-care costs are multiple:  * a drag on the economy leading to outsourcing of jobs  * unstainable for families-civilians and the military Worth a read is this article in the Economist just posted 01.26.06 -see link below. “America’s health-care crisis- DESPARATE MEASURES”   The options, paraphrased and quote: US will need to move to a single-payer system as in Canada or Britain.. “that America will… Read more »

Excellent read!  Ties into some other stuff I found.  Need to dig for a bit!

Another one for you

Robert Hayes, president of the Medicare Rights Center, states that he had a discussion with Mark McClellan, (Administrator of the federal Centers for Medicare and Medicaid Services) EARLY LAST YEAR:

“I was sitting in McClellan’s office and I said, ‘Look, even if you get this transition 99 percent right for the people losing Medicaid coverage, you’re still going to have 64,000 people without drug coverage come Jan. 1.’ And [McClellan] said ‘No, we have everything under control.’

hopes this one helps and thanks again for the link

all I did was read info unrelated to it…felt good