Cross-posted at dKos and MyLeftWing

It’s not that the AP article on the SOTU entitled Bush Skips Complex Realities in Address actually says Bush is toast. But try to imagine such a headline a year ago.

More SOTU and Bush evisceration, courtesy of the back-from-death fourth estate, below the fold…
The introduction is particularly tasty:

President Bush set energy self-sufficiency goals Tuesday night that would still leave the country vulnerable to unstable oil sources. He also declared he is helping more people get health care, despite a rising number of uninsured.

Whether promoting a plan to “save Social Security” or describing Iraqi security forces as “increasingly capable of defeating the enemy,” Bush skipped over some complex realities in his State of the Union speech.

Where is the “he said, she said” “balance” of the last five years, where the press was, at best, acting as a stenographer and, at worst, a PR agency?

The reporters (I can actually use this term here without gagging) then begin a point-by-point analysis/refutation of the bullshit:

…Bush has spoken of reducing reliance on foreign oil in every State of the Union speech, if not as explicitly as in this one, and presidents back to Richard Nixon outlined similar goals, to little or no effect.

Oooh, Richard Nixon – that had to hurt somewhere.

Noting that the government must help provide health care for the poor and elderly, Bush asserted, “We are meeting that responsibility.”

It is true that a new prescription drug benefit took effect this year, a new entitlement for up to 42 million disabled and older people. But implementation has been rocky: Mark McClellan, the administration’s top Medicare official, recently acknowledged that tens of thousands of recipients probably didn’t get medicine due to confusion and computer glitches, prompting some lawmakers to seek an extension of the May 15 signup deadline to work out the snafus.

An incomplete picture also emerges on health care for the poor.

The number of uninsured has increased nearly 5 million since Bush took office in 2001, to 45.5 million in 2004, two-thirds of the total from low-income families, according to the nonpartisan Kaiser Family Foundation.

Since when has the press used the word “but” when refering to the words of a Republican?

Bush said Congress did not act last year on his “proposal to save Social Security.” In fact, his plan does not take care of Social Security’s future solvency; instead, he wants to let younger workers divert some of their Social Security payroll taxes into private investment accounts to take advantage of the possibilities for a better return.

In fact? In Fact? They now seem actually to care about facts! Be still my beating heart.

Bush’s upbeat account of progress in Iraq, coupled with an acknowledgment that “our enemy is brutal,” left unstated a variety of setbacks in turning control over to Iraqi forces, including Iraqi Army desertions in the volatile west.

There is so much more. You just have to go over there and read the whole thing. Lots of fact-checking-filled fun 🙂

After you do that you might click over to my internet TV show http://RealityBasedTV.com. Interviews with Juan Cole, Cindy Sheehan, and Crystal Patterson are “on the air”, with a piece on Craig Newmark (of Craigslist fame) to come in next week’s episode. 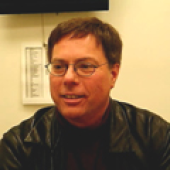 Was Walter Mondale Right on Taxes?