I am requesting that people get more involved in bringing the Medicare D(isaster) to the public’s attention.  In this diary, links to the Medicare D(isaster) diaries that I have written are posted. In order to get increased media coverage re:  the problems that Medicare D(istater) has caused it is necessary to start flooding the papers w/LTE’s.  In addition, IMO, it is necessary to contact allcongresscritters, even the wingnuts who supported it and voice their displeasure.  (After all, it is a mid-term election year.)

Many of those who have been harmed by Medicare D(isaster) have no voice.  It is necessary to speak up for them.

Thank you.
JANUARY’S DIARIES
Implementation and After Effects contains some LTE’s written about how Medicare D is not working.  These take odds w/another that claim it is.

Senator Charles Schumer:  “He (Leavitt) seemed incredulous when I told him, but said he wasn’t really aware of the problems…I was surprised by that.”

Specific Examples of People Denied Rx’s  Putting a name and a face to the problem.

Senators  Levin and Durbin Quoted and more info about the drug companies that are ending their free rx’s to those who qualify.

DSiary contains link to quote  from Forbes Magazine re:  McClellan stating that everything is under control last year.

Robert Hayes, president of the Medicare Rights Center, states that he had a discussion with Mark McClellan, (Administrator of the federal Centers for Medicare and Medicaid Services) EARLY LAST YEAR:

“I was sitting in McClellan’s office and I said, ‘Look, even if you get this transition 99 percent right for the people losing Medicaid coverage, you’re still going to have 64,000 people without drug coverage come Jan. 1.’ And [McClellan] said ‘No, we have everything under control.’ “

The  Early Republican Response To The Problems

People w/Low Incomes Specified As the Cause of The Problem W/Medicare D, as opposed to acccepting responsibility.

A drug benefit targeted solely to the neediest…could be in operation now, had Congress not, instead, endorsed the existing, flawed law -thanks in large measure to mid-Michigan Congressmen Dave Camp, Vern Ehlers and Mike Rogers.

Another Medicare D Suprise details the ridiculously low $ limits on outpatient services that are not provided in a hospital.

Waxman also stated that:  “corruption, incompetence, and an ideology that favors private profits over public programs all played a role.

FEBRUARY’S DIARIES
Confusion and Reaction From
Other States re:  Litigation

Beneficiary Stability And Political Liability  After not being able to get all of his rx’s a man w/mental illness flushed all of his rx’s down the toilet.  The following is a reaction to that incident.

Sen. Kent Conrad said that the implementation of the benefit is a “fiasco, botched, bungled. There has been no greater government failure since Katrina.”

Increased enforcement — after years of looking the other way — would be irresponsible, according to Andy Troszok, president of the Canadian International Pharmacy Assn.  He further stated that

“It’s an issue of patient safety…We’re not talking about Viagra and narcotics abuse. We are talking about people with breast cancer, heart disease and diabetes and are established on medication. Who is going to be liable for these people going off medical regimens and suffering or even dying?”

Medicare D and Lobbying ?’s…Medicare D was passed by the use of

strong-arm tactics to push it through the House by pharmaceutical and health care companies showering campaign gifts on key lawmakers, and cozy arrangements for those who wrote the bill and then departed for lucrative jobs as lobbyists.

Following (Some Of) The Money re: Medicare D(isaster) 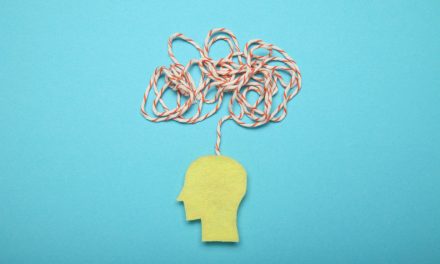 Health Care: Why not the best?

xposted at mlw for now.  Used up my 1 diary a day limit at dkos, so I will xpost there tomorrow.   Funny, had no real intent of writing this today, but, well, starting digging for something else and all of this came together instead. Would also like to point out that every diary links to at least 1 independent news source.  Have blockquoted what I feel are the more interesting quotes and, in some instances, have tried to give a brief summary.   Will have more info re:  alternative plans at a later date, cannot say for sure when.… Read more »

That was really fast and it’s an excellent resource.

And you’re welcome, though all I did was provide a bit of encouragement. You’ve done all the work.

I had a file w/some of the links saved–and I found it while looking for something else!!!I have so many files re:  Medicare D, I can’t really keep track of them!!
Opened one up, thinking it was something else and this is the result!!

This is great.  I’m hopeless at finding diaries I don’t hotlist and I always forget to hotlist.  But this is going on right now.

As always your diary has invaluable links.  Here’s another one unless I missed it somehow about how the Dems in this coming Congressional recess starting this next week actually sound like they may have a plan.  They will be holding about 100 forums around the country armed with briefing books and talking points about how this ‘Plan’ is screwing everyone basically.  That’s a start and if we start writing more letters letting them know we’re listening it will hopefully keep them on top of this issue. http://tinyurl.com/72ew8  from the NYT. I also read that Bill Nelson in Flordia wants an… Read more »

I caught that after I read this!  And susan mentions the same link!  great minds think alike!!

Thanks.  It’s in there, but I focused on another area as opposed to demographics.

Great idea.  At BlueNC, we’re publishing answers to a list of questions we gave to the Chair of the Health Appropriations Committee.  The questions are about the Medicaid cuts and future cuts because of the Bush budget.

I think you’ve just given me an idea for my third round of questions – D.

Cool!  The more people that ask ?’s about this and demand answers the better the chance of getting this thing overhauled.