[xposted at My Left Wing and dkos]

Previously, other expenses incurred for the implementation of Medicare D(isaster) were thought to cost the taxpayers:

$25 billion for the duration of corporate/retiree health care plans

in the form of corporate welfare, so employers would continue to provide health insurance.  That was in addition to

*  $400 million spent on the sales pitch to convince people that Medicare D(isaster) is the next best thing to sliced bread;

(The latter was detailed in this diary.)

more expenses below
What was not included are the costs that the states have had to spend in emergency measures to make certain that those who qualified were able to get their rx’s during Medicare D(isaster)’s start-up.  As a result of the emergency measures taken, several states have begun or are in the process of litigation for the purpose of getting the money back on rx’s.

The lawsuit would be filed directly with the U.S. Supreme Court.

“The federal government cannot have it both ways, asking states to make their regular payment and also cover the cost of the early glitches…We’ve put out $5.9 million, and for a small state like Maine, that’s a lot…We can’t be expected to pay back what we haven’t saved. So we want partnerships developed. We’re all tied in this together.””

The costs to some of the states (so far) are as follows:

The total espenses so far is approximately $279.9 million, plus the amount that is being sought by Missouri (unspecified) in its litigation,  $400 million for the sales pitch, not counting the $325,000 spent on the Valentine ad/marketing gimmick, and $25 billion in corporate welfare. 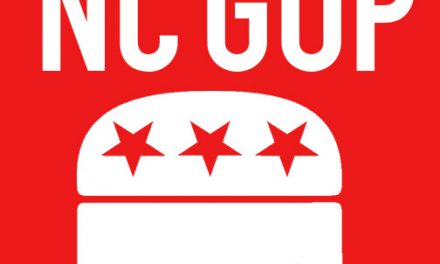 Assuming that I can still add correctly, that is!

http://tinyurl.com/phnjc  Hey Kid..don’t know if you have this report..it’s from the Center for Economic Policy and Research and is a 4 page report on the disaster of the Medicare Drug Plan…and gives graph and amounts of what it is costing and why it doesn’t have to cost that much, etc…

Every time I read something like that or what is in your diary I just want to scream at the obscene waste of money that could be doing so much good used in the right way.

Don’t have that one yet, thanks again!!  Seriously, sometimes I wonder what I’d write about if it wasn’t for all of your help.  Definitely going to have to dig into that one–plan on taking a day to re-organize all of the info that I’ve managed to find.  And what gets me is that some of the stuff that I found for this particular diary I didn’t have to really dig for! Think that may I have more  of the real info and don’t realize it?   And the costs are what really bugs me.  25 billion plus!!!  You’re right, so… Read more »

isn’t that 25 billion about what they spend a month in Iraq….makes your head spin

Really! Figuring out all of the calculations was making me dizzy last nite!

with robertp…between both sides medicare/medicaid, you should be able to develop some whopper diaries of action.

Yeah, a focus on the state and federal stuff wouldn’t be a bad idea.  Thanks.