A video tape uncovered by Time Magazine showing evidence of an attack on Iraqi civilians in Haditha has renewed human rights calls for investigations into possible war crimes by the U.S. military. The Pentagon announced that 12 Marines were under investigation for the deaths shown in the video tape.

The video in this post has a BBC report on the U.S. military investigation as well as reports from the point of view of Arab television.
Here are some details from a March 21 AP report:

(AP) A videotape taken by an Iraqi shows the aftermath of an alleged attack by U.S. troops on civilians in their homes in a western town last November: a blood-smeared bedroom floor and bits of what appear to be human flesh and bullet holes on the walls.
…
The video, obtained by Time magazine and repeatedly aired by Arab televisions throughout the day, also showed bodies of women and children in plastic bags on the floor of what appeared to be a morgue. Men were seen standing in the middle of bodies, some of which were covered with blankets before being placed in a pickup truck.

The images were broadcast a day after residents of Haditha, 140 miles west of Baghdad, told The Associated Press that American troops entered homes and shot dead 15 members of two families, including a 3-year-old girl, after a roadside bomb killed a U.S. Marine.

Last week, the U.S. military announced that a dozen Marines are under investigation for possible war crimes in the Nov. 19 incident, which left at least 23 Iraqis dead in addition to the Marine. 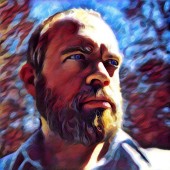 George W Bush and his regime ARE the terrorists. Thank you for your diary and the links.