Washington, DC (UPSI) – After the arrest of Homeland Security Press Secretary Brian Doyle yesterday, an anonymous police spokesperson today stated that he was talking freely and openly with police, which led to yet another arrest late last night of what may be an unwitting accomplice. Police sources refused to either confirm or deny the arrest, but rumors were rampant that the un-named individual may have been very high in the Bush Administration. A grainy photo of the man was leaked to reporters with no name attached. Doyle awaits possible extradition to Florida, and the fate of his accomplice is uncertain.
Doyle is accused of sexually preying upon a 14 year old girl online, who was in actuality an undercover police detective operating in an undercover sting operation in Polk County, Florida.

Further details about Doyle’s activities have been leaked to the press by a Maryland police detective reportedly close to the ongoing investigation. One of Doyle’s recurring fantasies was of having oral sex in the White House, and he often encouraged the undercover detective to indulge this online. It could not be independently confirmed, but some of the lewd materials transmitted on line to the Florida detective reportedly may have indeed been captured in the Oval Office. Thus far, Doyle’s accomplice has refused all knowledge of and responsibility for Doyle’s actions to police, steadfastly maintaining his innocence.

White House spokesperson Steven Hadley sought to distance the White House from the new allegations. “I can truthfully say that the president knew, and had met Mr. Doyle in passing, but to his knowledge, had never been photographed with him,” he stated. “The president had remarked in the past that he was impressed with Mr. Doyle’s computer skills. The president is literally sickened by these revelations, and indeed he will not be available for comment for the next few days as events continue to unfold.”

The White House refused to speculate further about the rumor circulating that Doyle, on occasion, served as a stand-in double for the president in some public functions, citing security concerns.

There’s No Time Outs in the White House 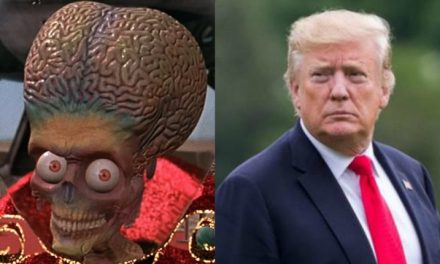 State of the Union Thread

And who sez NSA spying isn’t keeping us safe! But from what I don’t know.