Of Jocks and Rape

I have stayed out of the Duke Lacrosse rape story. I have no capacity for journalistic dispassion on this issue for reasons that should become clear as of this writing. My associate the Blogging Curmudgeon emailed me this CNN story this morning and I found myself staring at the smug visage of Reade Seligmann for several uncomfortable moments: handsome, entitled, determined, all-American, boy-next-door. Suddenly, I was hurled back in time to my own high school days; days I prefer to think of as long ago and far away.

In my case it was the star of our high school basketball team who I knew better as an altar boy at my church. He was handsome, poised, intelligent, and we all knew, destined for greatness. When I first heard, through the rumor mill, that a girl had accused him of date rape, I simply did not believe it. No one did. We all sounded much like the good reverend quoted by CNN:

“Knowing Reade Seligmann as well as we do here at Delbarton, I believe him innocent of the charges,” said the Rev. Luke L. Travers, headmaster at Seligmann’s $22,500-a-year high school.

It was unimaginable, simply unimaginable. I was not a stupid girl, by any stretch. Even then, I was feminist enough to know how unlikely it was that a girl would subject herself to the consequences of a rape allegation if it were untrue. But I didn’t know this girl. I knew Mike and fairly well. So, like the rest of our humble congregation, I dismissed the allegations even before the courts did.

A few months after the whole thing had blown over, Mike and I took a drive one night after a youth group meeting. I had scored a little pot and we decided to sneak off to a secluded spot in the woods to smoke a joint. And Mike made a pass. I was incredibly flattered. I was an awkward girl, woefully inexperienced with boys, and I did not think of myself as terribly pretty. Mike was a golden boy, the kind of kid I felt fortunate even wanted to be my friend, let alone kiss me.

As suddenly as it started, it all went horribly wrong. He tore at my clothes and pinned my arms to the ground. In a split second, he became someone I did not recognize; a young man possessed by rage and brutal determination. Never in a million years could I have imagined that such violent depravity resided underneath that cool exterior.

He left me in front of my house, bruised, grass stained, and bleeding. Mostly I felt numb. I suppose that was partly due to the fact that I was still pretty high. In a strange way, I have always been grateful that I had smoked so much dope that night. In truth, I had been on something of a bender in the days leading up to that evening, so I was really pretty wasted. I was looking at the world through waxed paper, and maybe, just maybe, that lessened the impact of both the assault and the disillusionment.

I never reported the incident to the police. I am embarrassed to admit that, in part, I still considered Mike a friend and didn’t want to get him into any more trouble. We actually did remain friends and he later apologized for what he knew was inappropriate behavior, but in the course of the apology, he made yet another attempt to rip my pants off. A knee to the groin stopped him that time, but it also ended the friendship.

In time shock gave way to bitter hatred. I despised Mike. He knew it and he knew why. Yet he always exuded that same sense of calm, smooth detachment. I secretly marveled at his ability to project such an air moral superiority, knowing, as I did, the monster that remained so well hidden.

Some time later I confessed the whole thing to his then girlfriend. Monica was a lovely girl from a good family with her whole life ahead of her. Word was they were considering marriage. So I took her aside her and told her that the allegations of date rape – they were starting to pile up – were true, and that I knew this because I was one of his victims. Then I knew, at last, what it felt like to be that anonymous girl who I myself had dismissed as a disgruntled liar not so long before.

The names in this story have been changed to protect the guilty.

Crossposted from The Blogging Curmudgeon. 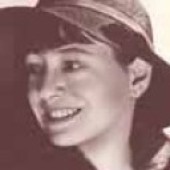 Thank you for telling this story, Curmudgette, this is a very brave thing to do. I’m so sorry that guy raped you, and I’m so sorry that the aftermath was so complicated and difficult. I hope that, in the time since, you have been able to get the care that you deserve, and heal on your own terms.

I live near Duke and was listening to a call-in show about the rape case.  The father of a current Duke student called in and said that, while he didn’t know if a rape occurred, he was sure that what the white lacrosse team was doing was called a “pig party” where white men all chip in and hire black strippers so they can laugh and make fun of them. I know such ugliness exists but it still hurts to even look it in the face.  I have sons that are that age and to think of them having no… Read more »

My comment is more one of exploration than statement of fact. I think about this quote from Solzhenitsyn: If only it were all so simple! If only there were evil people somewhere committing evil deeds, and it were necessary only to separate them from the rest of us and destroy them. But the line dividing good and evil cuts through the heart of every human being. And who is willing to destroy a piece of his own heart? Sometimes I wonder just how much we ingore all of our human capacity for evil. Its humbling to embrace this in myself… Read more »

He is a profound writer.

I think that sometimes the best defense we have against evil is simple self-awareness, and sometimes our biggest enemy is our own denial.

…he was sure that what the white lacrosse team was doing was called a “pig party” where white men all chip in and hire black strippers so they can laugh and make fun of them. Well that leaves me practically speechless. But it does provide some added context to that email about killing the hookers and eating their skin. When I first read about that, it put me in mind of Robert Chambers, the preppy murderer, who cooked his own goose by videotaping himself twisting the head off a baby doll. I mean, sure, it’s a joke. But is it… Read more »

I’ve read elsewhere on the net that that email was a fairly specific reference to some work by Brett Easton Ellis — the guy who wrote American Psycho — but I don’t read that sort of thing, so I don’t really know.

Well then… unfunny and derivative.

Regardless of the source, making a joke out of something horrific can only be done when you’ve already devalued the humanity of the person on the receiving end. It’s a process at the core of NL’s quote — why people don’t have to be blantantly evil in order to do evil.

Oh, I completely agree. There are no words for how hideous I think it is, no matter where it originated from.

to write. I don’t pretend to be able to imagine how hard it was, but I will thank you for writing it. I don’t know, and it is not my business, whether “race and class” played a role in what happened to you. One could make the argument that class has a role whenever women are raped, because women are considered a subprime class. It has long been an open secret that the fine young scions of the powerful have been cut a little slack when it comes to sowing a few wild oats here and there with girls they… Read more »

I don’t know, and it is not my business, whether “race and class” played a role in what happened to you.

One could make the argument that class has a role whenever women are raped, because women are considered a subprime class.

No dear. I’m so white I’m practically clear. But as John Lennon famously said, “Women are the niggers of the world.” It was true then and it’s true now.

Oh My, I so understand this.  For me it was “Of Stoners and Rape” and the story was almost identical.  “NO” didn’t really mean no, I was just playing hard to get.  While I did escape the actual rape, I never forgot the violation.

Well this is an interesting morning so far. Logging into my email, I find a message from a defender of the Lacrosse players. It directs me to a personal escort site purported to belong the accuser. His very sympathetic email advises me not confuse my experience with that of a stripper/escort. Well sure. Everybody knows that women of ill repute can’t be raped. Only nice girls get raped. Bad girls just serve their purpose as sex objects. And bad girls can’t be trusted to tell the truth about anything. They’re very bad girls. To my well-intended friend, let me just… Read more »

I’m so sorry you had to hear from this person. What I have seen in so many of the people who approach this issue like that is that they equate rape with sex. They don’t see the difference between consentual sex (even if it is paid for) and rape. This is a VERY scarry conflation to me.