It looks like we have some hardcore proof of what we suspected all along in this “Brave New (Republican) World”.  Congress has outsourced the drafting of legislation to its own crony special interests.  Not that we didn’t already have some instances of state-level legislation being “assisted” by lobbyists but Fat Dennis and Cat Killer, MD have been busted with respect to the insertion of a provision into last year’s Defense Appropriations Bill that was already agreed to not be in the Bill (hat tip to the good folks at thinkprogress.org).

So, not only did Hastert and Frist insert this provision without it being approved of, but we now find out that the piece of legislation was specifically drafted by the vaccine industry itself.  And guess who represented the vaccine industry?  Hastert’s son and three of Frist’s former staffers.

More below:
Let’s start with the fact that this was a fucking Defense Appropriations Bill, so what the hell were these 2 douchebags doing inserting a provision that would shield the vaccine industry from liability, even in cases of gross negligence, caused by their drugs during a pandemic?

And what kind of power do they think they have by inserting in a provision that was SPECIFICALLY agreed to not be included in the Bill?

According to Roll Call (login required), this was an unprecedented move which, by the way, could save the vaccine industry billions (yes, with a “B”).  So, what is new about this?

Well, according to today’s Tennessean (linked above), there were email uncovered that indicated not only what the vaccine lobby and industry wanted, but that the exact text of the emails were put into the bill by Frist and Hastert:

E-mails and documents written by a trade group for the vaccine-makers show the organization met privately with Frist’s staff and the White House about measures that would give the industry protection from lawsuits filed by people hurt by the vaccines.

The communications were made public in a report released this week by the group Public Citizen. Its study follows a February story in The Tennessean that Frist, along with House Speaker Dennis Hastert, R-Ill., ordered the vaccine liability language inserted in a defense spending bill in December without debate and in violation of usual Senate practice.

The report just released by Public Citizen’s Congress Watch is titled Willful Misconduct: How Bill Frist and the Drug Lobby Covertly Bagged a Liability Shield and has a comprehensive look at this in detail.  However, some of the relevant background is below:

On Nov. 12, 2005, Dave W. Boyer, director of federal government relations for BIO, received from a Senate staffer a draft of legislation that would shield makers of vaccines and drugs to prevent and treat pandemic diseases from liability. The language barred legal recourse against drug makers whose products killed or injured those who received them unless a drug maker’s action amounted to “willful misconduct.” It said that, at a minimum, willful misconduct would be an act or failure to act taken with “actual knowledge” that it would represent “a significant or unreasonable risk to human health,” with “actual knowledge that injury to human health or death” would result and with a “conscious failure to act to avoid presenting a significant or unreasonable risk to human health.”

On Nov. 13, Boyer sent an e-mail to an undisclosed list of recipients, telling them that BIO had sent an analysis of the draft to the Hill “in response to their request for comment on a bicameral majority pandemic/biodefense liability proposal.” He attached a BIO’s comments, which claimed that the language in the draft could conceivably leave drug and vaccine makers on the hook for actions that the law recognizes as “gross negligence,” a lower standard that does not require a defendant to intend to cause harm in order to be found liable.

BIO said, “We have strong concerns about the proposed definition of `willful misconduct,’ since it eliminates the intentionally wrongful nature of the act or failure to act.”

In other words, BIO was arguing that the legislation should stipulate explicitly that drug and vaccine makers must mean to cause harm in order to face liability.

Nearly a month went by from that point as Congress worked on the Defense Appropriations Bill, with the understanding that this would not be a part of the Bill.  However, on December 18, Congress had put the finishing touches on the Conference Reconciliation Bill, with no language regarding any pharmaceutical company liability.

But wait, it ain’t over until the fat man inserts secret legislation…..

Conferees asked at the meeting whether a liability shield would be in the final version of the bill, according to Keith Kennedy, the staff director of the Senate Appropriations Committee. They were assured it would not.

Conference participants, including Obey and Rep. James P. Moran (D-Va.), also reported receiving such assurances.  “The conference committee ended its work with the understanding, both verbal and in writing, that there would be no legislative liability protection language inserted in this bill,” Obey said.

Later that same evening, however, according to Obey, Frist went to Hastert and asked him to authorize insertion of the liability shield measure into the bill. Frist evidently was in possession of a 40-page text that had evolved considerably from the language that BIO had received five weeks earlier.

“After the conference was finished at 6 p.m., Senator Frist marched over to the House side of the Capitol about four hours later and insisted that over 40 pages of legislation … that had never been seen by conferees be attached to the bill,” Obey said on the House floor. “The speaker joined him in that insistence so that without a vote of the conferees, that legislation was unilaterally and arrogantly inserted into the bill after the conference was over in a blatantly abusive power play by two of the most powerful men in Congress.”

The report goes into much more detail about how bad this is for We the People, but that aspect is not new as this Bill was passed back in December.  What is new is the fact that the exact and specific language requested by the vaccine industry in its emails and during a number of meetings held in December 2005 was put into this bill.  The report also goes into detail with respect to the very VERY large lobbying expenditures that have been made by these companies (nearly 91 MILLION in 2004-2005 by 14 companies alone).

It also describes the “revolving door” whereby seven former members of Congress (both Democrat and Republican) have lobbied on vaccine or pandemic issues during 2004-2005.

But not only that – it goes into the extreme cronyism that went into this bill (see page 22 of the report.  Dave W. Boyer is now head of the FDA’s Office of Legislation.  Tom Dilenge worked on Capitol Hill for nearly a decade and was Chief Counsel for the House Homeland Security Committee and helped draft this piece of legislation as part of BIO.  And as noted above, Dave Larson, Dean Rosen and Lee Rawls were all staffers of Frist (Rawls was his Chief of Staff for 2 years) before leaving to be lobbyists.  Rawls and Rosen were on Frist’s staff until 2005 as well.

As for Hastert, there are 6 people that were associated with him before leaving to lobby on behalf of this industry.  Besides his own son, there was Amy Jensen Cuniffee who worked for the bugman Tom DeLay as well.  There was Jack Howard who also worked for Trent Lott, as well as four other staffer-turned lobbyists.

So, please join me in welcoming our newest legislators – Big Pharma.  Not only do they have influence to get what they want, they actually make it easy for our elected officials by drafting the pesky legislation for them.

Just another thing to keep out there to help with Dr. Cat Killer’s presidential aspirations and Hastert’s re-election campaign. 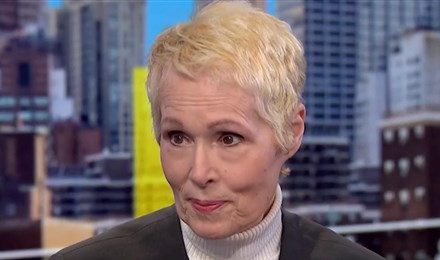