…Just a casual observation of our political climate should make it clear that the college is not the founders’ original system. When the Constitution was ratified and the Electoral College was put into place, there were just thirteen colonies united only in the cause of mutual trade and protection from invasion. These days, there are fifty states with fundamentally different populations at a distance far too great to be administered by a single, centralized regime that siphons two trillion dollars from the People per year…
Populist #29
Click Here to Read Previous Papers in this Series

When discussing the Electoral College, powerful calls ring out both in support and opposition, but few truly look beyond their initial motivation, and rarely choose liberty as their primary goal!  To those opponent who demand a nationwide vote: You claim that our goal must be to give “one man, one vote” but, I must remind you that the United States was not created as, and must not eternally be, one singular empire;  rather, a decentralization or power is the strongest step we can take towards freedom.  Therefore, at minimum, our nation must be maintained instead as a union of fifty sovereign states.  Any and all attempts to foster a growth of power in one centralized location can only have the eventual result of leaving our fight for liberty in ruins!

Under such a system of proper federalism, the People would decide which style of government was best for them in their area.  Without an overbearing centralized power, the local governments were to have the ability to test their own policies, and the people would be free to move to those jurisdictions that would best fit their needs and beliefs.  Don’t like gun laws in Chicago?  Move to Vermont.  Want heavily regulated business?  Try California or Massachusetts.  Don’t like state income tax?  Move to Washington or Florida.

On the other side, to those who support the system in place today: Don’t tell me that this is the system set up by the framers of the Constitution.  It is not.  Let me also warn you that the founding principles of America, or any nation, that would prevent voting rights for women and legalize slavery, must be brought into serious question!  Blind worship of the Constitution, without examining its many flaws can only undermine our freedom!

Just a casual observation of our political climate should make it clear that the college is not the founders’ original system.  When the Constitution was ratified and the Electoral College was put into place, there were just thirteen colonies united only in the cause of mutual trade and protection from invasion.  These days, there are fifty states with fundamentally different populations at a distance far too great to be administered by a single, centralized regime that siphons two trillion dollars from the People per year.

To help ensure a decentralized system of government, the president was to be elected by the fifty states rather than the American people as a whole.  This also safeguarded the voice of the less populated states in national elections.  Thus, the Electoral College was intended as a constitutional device for decentralization and a bulwark against decisions made either by simple majorities or by corrupt minorities.  But, it had as its goal a real choice, not just to acknowledge the popular vote as it most often does in our time.

Looking back, it is clear that the nationwide popular election of the president was not a top issue, but not for the reasons many think.  Choosing a president by popular vote was voted on a number of times during the convention, and just two states voted in its favor.  There were a number of reasons to oppose popular vote.  Some wanted the states to have more of a say in the selection.  Small states were concerned that their votes would become insignificant.  Many believed that the country was too large to directly elect the president.  Others simply did not trust the people to choose properly.  Some southern leaders realized that their state’s impact would be diluted, as the three-fifths compromise gave the slave states more impact in Congress than they would have in a nationwide popular vote.

During the Constitutional Convention, three proposals were originally discussed by the framers on how the president could be elected.  Surprisingly enough, all three were rejected.  They were:

As the Convention progressed, the decision was no longer how the People would choose, but instead it was who would do the actual choosing of the President.  That committee eventually recommended an indirect election of the president on a State by State basis through a college of electors.

The electoral college was meant to be a synthesis of two crucial principles established in the Constitution: first, the continuance of a federal, as opposed to a centralized, form of government; and second, the balancing of power between both the smaller and the larger states as well as between the different regions of the country.

Their attempt was to make sure that the appointment of the president would not depend on any preexisting bodies of men who might be compromised in advance, or bribed into changing their vote.  Even though a group of intermediaries were to do the choosing, they also endeavored to make the president, as Alexander Hamilton wrote, “independent for his continuance in office on all but the people themselves.”

Hamilton went on to assert that “this process of election affords a moral certainty that the office of president will seldom fall to the lot of any man who is not in an eminent degree endowed with the requisite qualifications” and he also predicted that this system would ensure that presidents would be “pre-eminent for ability and virtue.”   But, unfortuantely, this is a far cry from reality.

The essential question here is, did the Electoral College achieve these goals?  The evolution of the Electoral College embodies the many general changes that have occurred in the central government in the past two centuries.  Whether true or not, at its founding, American citizens believed that their government was designed to be sharply limited in its powers, and that it was created solely to protect their liberty.

As it has evolved, the actual practice of electing a president is quite different from the way that the founders intended.  They intended electoral votes to be cast by electors, rather than by popular mandate, and they expected that in a majority of elections, the final decision would be made by the House of Representatives rather than the electors.  Since there have been major changes in both the central government and the practice of electing its chief executive, it would behoove us to examine further, and determine which practice will best serve the interests of freedom.  To start, I intend to study two opposing views on the Electoral College; keeping the system as is, and abolishing it for a nationwide popular vote.

Those who favor a direct popular election of the president tend to do so on four factors:

Those who favor keeping the current system in tact generally do so on three grounds:

It is these, as well as additional plans that I endeavor to analyze in coming papers, with my next on June 1, 2006.

In the spirit of liberty and prosperity,

This essay is the 29th edition of the series, The Populist Papers. Written anonymously to promote discussion of the principles alone, these essays attempt to both explain the complexities of government, and determine the proper place of a federal government based on the inherent rights of all people. Feedback is welcome at: info@populistamerica.com

The essays we offer are unapologetically presented for you to read & analyze. Many are offered as a similar view to ours & others simply to invite debate. Thus, the views expressed here do not necessarily represent those of the Populist Party. 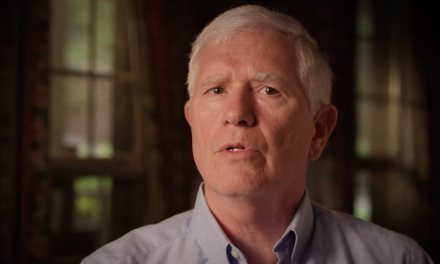 Why Does the GOP Tolerate Lunatic Candidates?

The Kid Oakland Blogroll and Midterms