“In our time, political speech and writing are largely the defense of the indefensible… Thus political language has to consist largely of euphemism, question-begging and sheer cloudy vagueness.”

The Supreme Court is the latest institution to come under the Rove machine’s crosshairs as the Bush administration continues its relentless pursuit of unlimited executive powers.  It’s a multi-pronged assault that features the standard cast of characters repeating a familiar script, and typifies the operating procedures of the White House and its echo chamberlains.

Under the fold: rounding up the usual scapegoats

Young Mister Bush is no longer satisfied with interpreting legislation in whatever manner he chooses.  Now he’s revising decisions of the Supreme Court.

In a July 7 press conference, referring to the Hamdan versus Rumsfeld ruling, Bush said the court was “…silent on whether or not Guantánamo–whether or not we should have used Guantánamo. In other words, they accepted the use of Guantánamo, the decision I made.”
The court accepted nothing of the sort. They were silent on the Guantanamo question because, as Sheryl Gay Stolberg of the New York Times aptly notes:

The question of whether Mr. Bush had properly used Guantánamo Bay to house detainees was not at issue in the case. At issue was whether the president could unilaterally establish military commissions with rights different from those allowed at a court-martial to try detainees for war crimes.

The existence and use of Guantanamo as a detention center was not at issue because Hamadan’s attorneys did not address it in their petition.  I’ve studied quite a bit of case law over the past year in the course of researching presidential powers.  Among the most striking things I’ve noticed is that lawyers don’t generally approach the Supreme Court Justices with scattergun arguments and try to baffle them with bunkum.  They construct focused arguments on behalf of their clients.  Hamdan’s legal team limited its plea to points of constitutional law that they successfully argued protect Hamdan from trial by military commissions established by Mister Bush.

The Supreme Court is laudably scrupulous about not judging on matters that aren’t pressed by the plaintiff.  Arguably, for them to do so would indeed constitute “legislating from the bench.”

For Mister Bush to claim that the court’s silence on the legality of the existence and use of the Guantanamo constituted a tacit approval is a complete fabrication.

But, as we’ve seen over the last five plus years, fabrication is part and parcel of this administration’s political strategy.

Next: Pavlov’s dogs pile on… 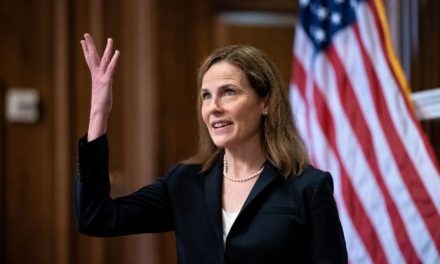 Typical rovian move in my opinion.  Confusion is their pov/sop.  They are insanely foxy. Either bush does not understand what is going on or he has delusional speech writers.  What is so sad about all of this is that the press goes along with him on this facade`.  Frankly I hope that addison and yoo get their a**’s booted for the nincompoops they are.  Thanks Jeff.

are such part and parcel of the whole neocon job that I don’t think they’ll be sacrificed until the ship is already bow down.