This is cross posted from The Pennsylvania Progressive.  The original article with some very intriguing links can be found there.

This is an intriguing tale of war profiteering, political opportunism, corruption, and life and death. One group claims it also involves spies and the CIA. Oh yes, and a missing $300 million. The story may explain Diana Irey’s agenda in running for Congress and questions why she supports a corrupt government.

Why is Diana Irey running against Jack Murtha for the 12th Congressional District seat? Why does she seem so bent on demonizing him for his opposition to the Iraq War? Why does she use phony quotes to mislead the voters? Why is she so desperate to get power? Were she and her husband trying to profit from the war? It’s quite a tale.

More…..
Diana Irey is running against Jack Murtha because she says she’s outraged by his opposition to the war. Robert Irey, her husband is the Chief Executive Officer of CLI Corporation. With his partner Dale Stoffel they secured a contract in Iraq to refurbish and dispose of $40 billion of old Iraqi Army equipment. Were the Irey’s going to profit from this deal? Let’s take a look at what happened….

We begin the tale as a heroic retired Marine and venerated Congressman announces, rather courageously, that he’s separating from President Bush on the war in Iraq. John P. Murtha called for a redeployment of US troops from a failed war policy. The Bush supporters immediately pounced upon him and tried to sully his record in an attempt to discredit the decorated war veteran. These “swift boat” tactics did nothing but further sully the reputations of those sinking into the gutter of politics.

Up for re-election this year a Washington County Commissioner Diana Irey decided to oppose Jack Murtha based on his anti-war position. She has run a very hard campaign which even used a manufactured “quote” supposedly by Abraham Lincoln (one he never said) to accuse the Congressman of aiding giving comfort to the enemy. Her steadfast support for George W. Bush and his invasion of Iraq has been the central issue of the campaign.

Interestingly her husband, Robert Irey, heads the CLI Corporation, and had a partner named Dale Stoffel. Mr. Stoffel was an arms merchant. Part of his past involved procuring weapons from other countries for the likes of Boeing. Unfortunately for him Boeing wound up suing him for nonperformance in a Missouri courtroom. Stoffel also established a company from his home in Alexandria Virginia (Wye Oak Technologies) to do business in Iraq. Here’s what he was doing in Iraq:

Stoffel, executive vice president of CLI USA, a construction and engineering company based in Canonsburg, Pa., spent most of the last year of his life in Iraq. CLI was modifying a building in Taji for use to refurbish armored vehicles for the Iraqi civil-defense force. It also worked on rebuilding the Iraqi ministry of defense in the Green Zone, the fortified government center in Baghdad.

So an executive and partner of Ms. Irey’s husband was seeking to profit from the war. This is known as war profiteering and may do much to explain why Diana Irey so wholeheartedly supports the war effort. It’s called blood money. It may also be CLI is nothingmore than a CIA front company. One group says this about Dale Stoffel:

The contract between Wye Oak and the government of Iraq called for the scrapping and disposal of old Iraqi Army equipment, tanks and such. Stoffel was to earn 10% of what may have been a $300 million contract. Then he ran into the reality of doing business with the American puppet government in Baghdad. Corruption. For example:

He noted there was no public bidding for the contracts and the entire Iraqi cabinet did not vote on the deal. Mishal Sarraf, an aide to defense minister Hazem Shalaan asserted the minister and three other senior Iraqi officials, one of whom was interim prime minister Iyad Allawi, had approved the arms deal.

It also appears to be the government that killed Dale Stoffel. Upset that he wasn’t receiving the contracted monies called for in his agreement he began complaining and even had a meeting with Senator Rick Santorum and Congressman Tim Murphy while back in western Pennsylvania for Thanksgiving. Upon his return to Iraq he and his assistant were assassinated while driving to a meeting. Their blue BMW wagon was riddled with bullets and their bodies dumped. Stoffel’s computer was stolen and an insurgent group began publishing documents from it on the internet.

Meanwhile a $300 million payment to their intermediary in Lebanon disappeared. Speculation is it went to corrupt men high in the government of Iraq. Who knows? Though I doubt any of it found its way to CLI or the Irey’s, this seems to be a case of murder to hide corruption case. No one really knows though. That’s a lot of money.

If the Iraqi government ripped them off and murdered their partner why on earth are they supporting that government? Why are they asking American soldiers to die for that government? I can only think of one plausible reason: blood money.

However this is the government Diana Irey is supporting. These are the corrupt people she wants us to fight and die to protect. This is George Bush’s puppet government in Baghdad. The entire story is indicative of the situation in Iraq and only underscores our failed policies and the reasons Congressman Murtha says we need to redeploy.

Reconstruction contracts in Iraq have been a boon for war profiteers and scoundrels. Why was Bob Irey in partnership with an arms merchant? Was Stoffel really a CIA spy? Why were these people looking to profit on the war? What we do know is why Diana Irey is running for Congress. Because Jack Murtha wants an end to this debacle.

Whatever Dale Stoffel was involved with he was deeply involved with the Irey’s. They were in this together. Money, murder and mystery, it doesn’t get better than this. Unless you stir in a mixture of right wing American politics and the matter of war and peace.

Who is Diana Irey? 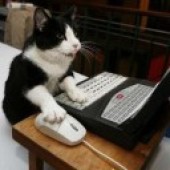 "I thought it would be easier."

I just found this additionala rticle claiming the Irey’s are financially involved in a CLI construction company profiting from the war.
http://www.indisputabletruth.net/2006/08/08/the-ireys-claim-for-73m-from-the-iraq-war/