News, news, news and more news. Some of it hotter than the rest. Like this report from the amazin’ world o’ science:

WASHINGTON (AP) – The planet’s temperature has climbed to levels not seen in thousands of years, warming that has begun to affect plants and animals, researchers report in Tuesday’s issue of Proceedings of the National Academy of Sciences.

The Earth has been warming at a rate of 0.36 degree Fahrenheit per decade for the last 30 years, according to the research team led by James Hansen of NASA’s Goddard Institute for Space Studies in New York.

That brings the overall temperature to the warmest in the current interglacial period, which began about 12,000 years ago.

Meanwhile, remember that classified CIA National Intelligence Estimate which said Iraq was increasing the risk of terrorist attacks against Americans? Not to worry, says Mr. Death Squads himself, John Negroponte:

WASHINGTON — National Intelligence Director John Negroponte said Monday the jihad in Iraq is shaping a new generation of terrorist operatives, but rejected assertions, stemming from a leaked intelligence estimate, that the United States is at a greater risk of attack than it was in 2001.

“We are certainly more vigilant. We are better prepared,” Negroponte said. “We are safer.”

We’re safer — except when we’re not. In either case, vote Republican because the Democrats will kill us all if you don’t!

“For the sake of our security, this nation must reject any strategy of resignation and defeatism in the face of determined enemies,” Cheney said.

Cheney said if Washington followed Pennsylvania Democratic Rep. John Murtha’s desire for a phased redeployment from Iraq, “we will simply validate the al Qaeda strategy and invite more terrorist attacks in the future.”

Oh, Mr. Vice President. A model of consistency if there ever was one. Which brings me to this, familiar story about how everything that goes wrong since Bush took office is all Clinton’s fault, all the time:

Rice, who was national security advisor at the time of the September 11 attacks, strongly disagreed with Clinton’s version of events during an interview on Monday with the New York Post.

“We were not left a comprehensive strategy to fight al Qaeda,” Rice said in a transcript of her comments released by the State Department.

“For instance, big pieces were missing, like an approach to Pakistan that might work, because without Pakistan you weren’t going to get Afghanistan,” Rice said.

Well, that explains everything. That’s why Condi, Cheney and Bush sat on their great big I know better than you do hineys for 9 months (in Bush’s case obliviously crouched on his bicycle seat) after Clinton and his officials on their way out the door warned them that Terrorism and Al Qaeda posed the most serious threat to our national security. That explains why the Bush administration’s initial approach to the Taliban was to offer them millions of dollars of American foreign aid. And that’s why 5 years after 9/11 Bush and Rice stood by this Summer as President Musharraf made his government’s “see no evil, fight no evil” deal with local tribes supporting the Taliban and Al Qaeda forces hiding out residing peacefully in the mountainous border region of Waziristan. Oh well, never let the truth get in the way of a good GOP talking point.

Which, by the way, makes this last story of Republicans crying foul, and promising retribution against the Dems for having the audacity to seek the truth about Iraq, all the more ironic:

Sen. Trent Lott (R-Miss.) is threatening to punish Democrats for using an Appropriations Committee room for an unofficial hearing on Iraq oversight if it happens again.

“They better stop this,” the Mississippi Republican said. “This will be the last one or there will be retribution.”

Silly Dems. We live in a post 9/11 world. This is no time to be questioning Our Great Republican Leaders about their foul-ups in the Global War on Terror/World war III. All that does is embolden our enemies. Just ask Joe Lieberman.

Well, that’s it for today’s morning round-up of liberally biased news. But don’t worry dear readers, there’s always more to come, always more that I just didn’t have the heart to search out this morning before my first intravenous infusion of coffee. There’s always more when you choose to live in a reality based world. Trust me on that. 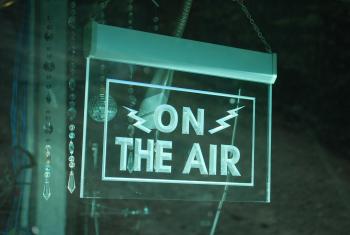 Don’t be disheartened. At least we still have Keith Olbermann who is absolutely on fire.

You can write your thanks here:

on the DVR…and all I can say is, “Holy fucking crap…”

I sent this to my son this morning and he was in awe. His response was quite similar,,”Holy crap”.

Hope Olbermann has a body guard! No, I am not kidding.

They better stop this,” the Mississippi Republican said. “This will be the last one or there will be retribution.

And BTW, someone should tell Mississippians about Trent Lott’s commitment to supporting the armed forces.