IN06 Incumbent Pence cuts and run

I write under the name of Congressional Candidates Wife as Barry Welsh is Indiana’s 6th Congressional District’s Candidate and is my husband (hence the CCW moniker).  Okay, the reason I’m writing is to talk about the unusual “cut and run” attitude that our current incumbent Mike Pence is now deploying, he is known through out the district for accepting engagements and takes every opportunity to speak on radio, TV or interview with the papers.
Weeks ago Pence accepted an invitation to be on a local radio station, the week before Barry is to appear, we received an email that follows:

All:  I just had a call from Dick Malcom, co-host of “Its Politics”, which airs each Monday night on WKWH, Rushville.  This coming Monday, October 9 Mike Pence was scheduled to be a guest.  Dick tells me Pence’s office called said the Congressman has scheduling conflicts and will not be available until after the election.  Something smells very badly in the 6th District right now.  It certainly is not our own Barry Welsh.  Please contact Mr. Pence’s office and inform the Congressman we would like to hear from him.  I am certain the fact the news story about Keil Brothers and of course Mr. Foley’s escapades makes for a somewhat dark and bleak day in the life of a Republican.

This email is from one of the 19 county chairpersons in this district, and it is covering the district as we speak.

Mr. Pence has two problems, his public and vocal support of Dennis Hastert, and his family business went bankrupt on the taxpayers of Indiana for over 9 million dollars before the 2004 Elections and he didn’t tell the voters!  Barry did a diary on that here

This is just a minor example of what has been happening during Barry’s campaign.  I’d like to thank Mike Pence sincerely for his cancellations as this has had a very positive impact on Barry’s campaign.  The papers and television stations have been calling with increasing frequency on getting Barry’s comments or his viewpoints on any of the asinine comments that Pence may utter on CSPAN, CNN or any other national news media.  Just recently (yesterday) Pence came out in support of Hastert and his “administrative responsibilities” and how he is doing a good job and that Hastert shouldn’t step aside for the Foley Fiasco that has touched the Republican party of recent days.

Yes I am actually thanking Pence because every time the guy opens his mouth, Barry is sought for his comments to underscore, emphasis and inject some common sense that most everyone is thinking and he has the cahones to state out loud.  Mr. Pence has been doing us a favor with his inept tactics to try to ignore or not acknowledge Barry as his opponent.  Barry has made quite a few comments and has been able to maximize the opportunities that have presented themselves to our campaign and get the message out on his campaign and the very real distinctions that are made between Barry and Mr. Pence.  Barry has been speaking about Jobs, Immigration, the corrupt climate in Washington, etc. and how he plans to change things.

These opportunities that have been presented have been like free advertising for Barry in a campaign where every penny is used and waste is not part of the vocabulary.  So I’d like to thank Mr. Pence and encourage him to keep on doing what he’s doing right up to the November 7th General election.  To quote so eloquently from the dear departed Ann Richards ….”he can’t help himself, he was born with a silver foot in his mouth”.

We need any contributions that are possible as always.  All donations will go toward radio ad buys!  Help spread Democracy and fight a Neo Con Leader by donating if you can!  Thanks

This is my diary and is not vetted thru the campaign and is a close up perspective of the inside of a Congressional campaign.

Thank you for taking the time to read my diary and all comments are welcome.

I am the wife of Congressional Candidate Barry Welsh in Indiana's 6th District.

A Further Take On: The Midterms Will Be Won or Lost in Trump Country. 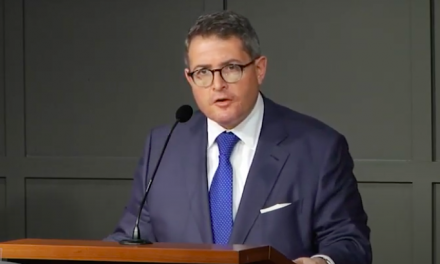 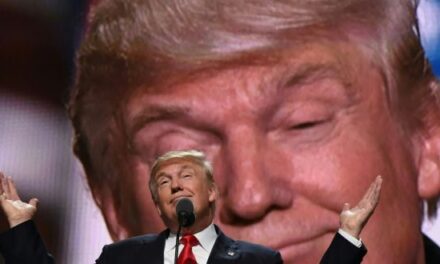