What can I say?  Another slow-ish day for me.
Well I’ll start with some Iraq news unfortunately as the Bush administration has now admitted it issued a “license” to kill Iranians in Iraq:

U.S. forces collected DNA samples from some of the Iranians without their knowledge, subjected others to retina scans, and fingerprinted and photographed all of them before letting them go.

Last summer, however, senior administration officials decided that a more confrontational approach was necessary, as Iran’s regional influence grew and U.S. efforts to isolate Tehran appeared to be failing.

Meanwhile this has “stirred some concern” amongst some American officials.  I wonder what the reaction would be if Iranians were capturing, fingerprinting and conducting retina scans on American troops in Afghanistan…

One more story from Iraq – the Mahdi Army of Muqtada al-Sadr has made an offer to disarm.  Yes you heard that right.

Spain is leading a new push to get the EU “Constitution” revised so it can be adopted by all of themember states.

Good news out of Thailand as the fun-lovin’ military coupsters have lifted martial law – in half of the country’s provinces.  The bad news is that the volatile south remains under martial law for yet another year.  Speaking of the south, the civil war continues as another 4 people were injured in a bomb blast in Pattani province.

You might have forgotten about the former Russian “spy” Litvinyenko who was murdered with radioactive polonium but Britain‘s law enforcement agencies have not.  Scotland Yard allegedly wants to have Andrei Lugovoi extradited from Russia which will never happen in a million years.

Speaking of Russia, authorities there say they have no idea what the origin is of the radioactive nugget which a shabbily dressed fish dealer allegedly tried to sell to CIA agents in Georgia last year.

A suicide bomber in Pakistan blew himself up at a Marriott hotel in the capital of Islamabad.

A suicide bomber in Afghanistan blew himself up in Helmand province outside of an American aid agency’s office.

Speaking of Pakistan, here’s an odd story.  Apparently Pakistan is now denied NATO troops both tax exemptions and diplomatic immunity after NATO shot down a Pak soldier while in “hot pursuit” across the Afghanistan border.

It looks like Italy‘s parliament will pass a bill to continue the funding of 1,800 Italian troops in Afghanistan.

The Finnish imperial overlord of Kosovo has revealed his final solution for the region but did so behind closed doors.

The large-scale massacre of civilians in Andijan, Uzbekistan in 2005 has been forgotten by the outside world but security forces continue to round up and “disappear” dissidents.

Those foreign hostages in Nigeria might be forgotten by most countries but the government of the Philippines is actively working to get 24 of their countrymen released unharmed.  5 Chinese telecom workers who were recently released from hostage captivity described the ordeal as “hell on Earth”.

The parliament in Turkey is conducting closed-doors meetings to debate whether or not to invade and occupy northern Iraq.  It’s worth mentioning here that Turkey will hold presidential elections in April and parliamentary elections in October of this year.

South Africa has said thanks but no thanks and will not send in troops to Somalia but may finance or provide other support to an AU peacekeeping force.

The civil war in Sri Lanka continues to heat up.  For a lot more news on this war see here, including the government’s increasing use of concentration camps.

For an interesting personal-level view of the ongoing World Economic Forum in Davos, Switzerland, click on the link.

More corruption bad news out of Kenya as president Emilio Mwai “Wacky” Kibaki’s recent appointment of the electoral commissioners has been confirmed as “legal” by his own justice minister.  Good news out of Kenya however as lesbians, gays and transsexuals are making a public push to have their rights acknowledged.

And in the east of Kenya the authorities say they have captured 5 Somalis who are allegedly members of the Islamic Courts Union.  Interestingly, one of the captured is an American citizen and one is a French citizen.

I should add here that it’s been confirmed that the United States did launch a second airstrike in Somalia on January 23.

Down in Mogadishu, fighting continues and 2 men have been killed by mortar shells. 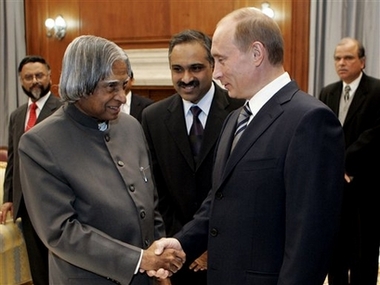 Russian President Vladimir Putin continues the lovefest with India as is the guest of honor for India’s Republic Day celebrations which kicked off today.

But up in Kashmir there were clashes and strikes to protest Republic Day.

The jolly president of Venezuela, Hugo Chavez, has warned American Ambassador William Brownfield that he may be expelled if he doesn’t quit his meddlin’ ways.

The prime minister of Japan, Shinzo “Honest” Abe, has vowed to create a “new national identity” which includes re-writing the U.S.-imposed constitution and bring “patriotism” back into the schools.

Good news as the curfew in Lebanon‘s capital has been lifted but most schools remain closed after days of violent clashes.  I should add here for the record that Hizbullah ordered its supporters to stay off the streets and obey the curfew.

It sounds like I’m making it up but India, Iran and Pakistan have finally come to an agreement on a pricing format wherein Iran would export natural gas to the other two nations despite heavy opposition from the United States.

The tiny nation of Timor Leste (E. Timor) has signed an agreement with the UN and Australia to provide for internal security.

Well if you hold ownership certificates for the Brooklyn Bridge then I’m sure you will have no problem believing that the United States‘ proposal to install missile “defense” sites in Czech Republic and Poland aren’t to guard against Russia but against missile “attacks” from Iran!  Check this out:

Henry A Obering, head of the US Defence Department’s Missile Defense Agency, said that although Iran posed no long-range threat to Eastern Europe today, the US had to “stay ahead of what we think that threat is.”

Despite bringing the country a unified and democratic peace, the Maoist government in Nepal are still officially “terrorists” according to the United States government.  Meanwhile the dictator king whose security forces killed tens of thousands is an A-OK fellow.

“We are not terrorists anymore in the eyes of government,” Maoist spokesman Krishna Bahadur Mahara told the agency.

“The US is ignoring the new political developments that have occurred in our country. We request the US to change its old policy.”

The former rebel movement is now registering fighters and weapons with the United Nations.

But the US ambassador to Nepal, James Moriarty, told journalists last week that the Maoists were likely to “cheat” in the registration process and urged them to disarm completely before being allowed into government.

Meanwhile India, which has numerous Maoist insurgencies on its own territory, has officially recognized the Maoist government in Nepal and given it full diplomatic recognition.

Speaking of those Maoists in India, 1 man was killed and 2 injured after Maoists exploded a bomb in southern orissa state near Malkangiri.

Over in Angola, a consortium of western petroleum companies have announced new findings of off-shore oil deposits.  Angola is already the continent’s second-largest oil producer.

Bad news out of Senegal as the government has been fighting splinter Casamance rebels who are opposed to Moroccan troops in the region trying to remove landmines left behind from 25 years of civil war.

Next Tuesday the extremely jolly president of Kazakhstan, Nursultan “The Sultan” Nazarbayev, will be in Germany on a state visit.

In Britain, Muslim and Catholic groups have united to support legal protection for hateful bigotry.

The good news is Canada will formally apologize in public to Maher Arar and give him 10 million (Canadian) dollars in compensation.  Meanwhile the United States will do neither, even though it was the U.S. who used your tax dollars to fly this completely innocent man to Syria to be tortured.  Not only that, but even though the Canadian authorities have cleared this man of all wrongdoing or suspicion, the U.S. continues to keep his name on their “no fly” list of suspected terrorists.

An unknown bomb or device exploded in a Moscow, Russia university dormitory which caused massive damage but thankfully no one was injured.

The government of Britain has announced that all foreigners on its soil will be required to carry an identity card with biometric data or be deported and/or fined.

The Politics of Anger

The parliament in Turkey is conducting closed-doors meetings to debate whether or not to invade and occupy northern Iraq.

I have been expecting this.  I wonder what they will decide to do.

And in the east of Kenya the authorities say they have captured 5 Somalis who are allegedly members of the Islamic Courts Union.  Interestingly, one of the captured is an American citizen and one is a French citizen.

One HELL of a back-story lurking here, folks!

Thank you for this PDB, soj, and for yesterday’s.  I’m glad you have found time to do them.