Something I seem to ask rather frequently these days.

My mind is  swimming as it has been all this week with the mountain of lies and counter-lies that are building up higher than the Rocky Mountains.

I have such little tolerance for lies, and those who wish to pat us on the head and say, “there, there Little girl/old woman, you just don’t understand how these government things work. It’s just too complicated for your poor little head. Let us old white men deal with the difficult stuff, go back to your knitting. We know what’s best for everyone.”

Veterans being screwed out of compensation and medical coverage, veterans being held in DC for 12,18,24 months when all they want to do is go home; media spinners and liars, Scooter Libby whiners, Iran is out to get us but we’re not provoking them, it’s okay if dems use the PAC loop hole for big expensive lobbyist funded golfing parties, Lieberman says he’ll turn repub if the dems try to manage the war funding, changing the deployment rules for NG troops. . .oops, we’re starting over, as far as the USgov is concerned, you’ve never been deployed before; hospitals dumping patients on the streets in California (still in their hospital gowns and unable to care for themselves),

Global warming, we’ll get around to it, IF we can find a way to make billions from it, No minimum wage, just can’t do it, health insurance???? ah only if the only ones that benefit are the insurance companies, TV ads begging us to not mess with plan B drug program, sponsored by big pharma (I’m so surprised), We can’t live without massive quantities of oil (sponsored by Exxon), talking heads everywhere, the arrogant a**hole economist that said tough nuggies if the middle class has to cut back, just give up your second car, all but one of your TV’s, your big mortgaged house, your cell phones, your too many clothes, eating out. . .

we don’t have poor in America we just live too well(this garbage via O’Rourk on PBS News Hour), Michael Crichton (MD and novelist) on Charlie Rose program tells us anyone who develops a drug for a specific disease not only patents the drug but the disease as well (WHAT??), so no one else can do research on the disease their drug is treating; gotta cap those damn punitive damages those librul lawyers are getting, it’s just unconstitutional to reward little people for corporate malfeasance, media will only cover dem candidates and tell us every suspect breath they have taken whether they actually did or not, create controversy and dissent where it does not exist;

Anna Nicole Smith, repeat and repeat 100,000 times a day, do not rinse except for use of bald Britney Spears, no Habeus Corpus for Gitmo detainees, everything is dandy in Iraq. . .look. . .see. . .stay the surge is working, a severe head trauma or lack of two or more limbs is not grounds for medical retirement from the military, it is just a little old 20% disability, quitcher complaining and go get a job. Anything psychological that you are experiencing you had before you came into the service, move along nothing to see here; voting reform? well, we know what’s best for you, we’ll have the machines print out something but we aren’t having any of that “paper trail” stuff, get real.

Eavesdropping? gotta do it, terra ists ya know, and we need to list all those anti Bush and anti war folks on there cuz we can’t be havin that stuff go on here; the democrats are making a terrible mistake, the democrats are making a terrible mistake, the American people don’t want us to pull our troops out, they want us to WIN, poor Scooter Libby, he just forgot, so we’ve lost 3million plus jobs. . .that’s the free market for ya, we can make these economic figures say whatever we want, just watch, more than 50% of people who live and work in Idaho earn beneath the poverty line???? What????? $20,000 a year or less???? the state legislature says let’s propose wonderful programs, then let’s not fund them, ok? Kewl.  We can always spin it to the voters.

I haven’t enough rage to go around any more. Just a sick, dead, hollow feeling in the pit of my stomach. I hear nothing but lies from everyone in power or pseudo-power, party affiliation nor nation has any corner on the market.

So that is why I go where I can resonate with an energy of truth and peace. That is why I work at increasing that energy and spreading it like peanut butter on everything in this world. That is why I still see hope even though it seems to have disappeared from the view of most here. I effect what I can from where I can, and I care for my own tender heart so it can live on to encompass those who are in more pain than I am. 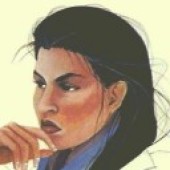 America, Beacon of Freedom and Liberty? The Truth of the Matter.

These are difficult times for an optimist, how are you surviving the barrage?

Should you have anything you need to dump, this seems like a good place to do it.

I strive, as much as possible, to achieve inner peace… these things are fleeting and, it is my sincere belief, that the universe will right itself. it will most likely be painful, and those who have already suffered the most will suffer further…no one claimed it was fair. that does not absolve me of responsibility to try and change the things I perceive as wrongs, but it facilitates my ability to compartmentalize them as separate constructs, and not permit them to determine my sense of self,  well being, or peace. We believe in the formless and eternal Tao, and we… Read more »

I go where the energies direct me, and they just won’t allow me to dwell in that chaotic and harmful place of not knowing balance must and will return to our planet.  I’m counting on it and doing my part in whatever ways I am able. . .just as you.

Love ya and hugs,
Shirl

that in Greek Mythology, Gaia is earth personified as a goddess, the daughter of chaos, mother and wife of Uranus [Heaven].

And so it is.  Just as chaos is the energy of creation and all possibilities.

Glad you could relate.  Always love seeing you wherever I find your sweet self.

wow. Nice job of putting things into perspective about the daily crap.  Ya know, like the oblivious drivers yacking on their cell phones and placing everyone around them in danger, or simply the lack of common courtesies in not being greeted, helped or thanked when purchasing a product at some mega chains. As for my remedy? Stay close to the spiritual folks, and steer clear of the unhealthy forests. Oh yeah…and when things get me down, all I need do is take a short walk to the local strip mall on a slow afternoon and chat with the small business… Read more »

Good to see you, anomalous! My tender heart is in very good company and constantly surrounded by other tender hearts just like yours.

Thanks for your loving thoughts,
Hugs a bunch,
Shirl

I’m often angry about many of the things you’ve listed above, but I know the resentments I harbor harm me much more than those I resent. Here is an idea I carry around in my heart to help me weather the tougher times and shed at least part of the psychic load.

The arc of the moral universe is long, but it bends toward justice. MLK

I see some good advice from dada above, too.

And isn’t it great when you get the chance to help bend that moral arc a little?

Wise words indeed, IndianaDem!  One of my favorite quotes too.  These days I cannot sustain anger, or outrage for more than a few minutes (that’s a good thing) it is owned and honored but released and I am off to a bigger perspective of things and a knowing that we and this planet will come back into a more balanced energy, and soon. Sorry I dumped all the crap in my rant above, but for some reason it was just all backing up, so I let it out.  Just couldn’t stand the stench of it. Things are turning toward a… Read more »

Hugs Shirl.  I love Pyramid Lake.  What a lovely choice of  locations.  Once a year I would journey into the Nevada desert.  On the way there, you pass through an Indian reservation, several small towns eeking a living in the hot dry desert.  Then, just in the distance you can see this shimmer of blue, like an oasis.  The road travels up a small mountain and you turn a bend and there it is, a lake as blue as blue can be, ringed by mountains and looking like some kind of mirage in the middle of the desert.  Took my… Read more »

Hi Kami,  I know what you mean about the lake.  Forty years ago (doesn’t seem it could be so long ago) I lived in Reno and spent a lot of time at Pyramid.  It was by far my favorite place to be.  Although Tahoe was equally as near to me and certainly ensconced with its own mountain wooded beauty, it was always Pyramid that drew me to it.  My dog and I used to love to swim there together.  Just a magical, wonderful spot in the universe. In the meantime, I have just initiated into a magical group where we… Read more »

Love the photo Shirl! All that lovely water and shades of blue…so I wonder…where does the water come from? Is it cold? If there is water, why are there so few trees around the lake? Were your legs and feet numb as the rest of you baked in the “dry” heat? or was this taken near sunset or dawn and the temp was lower? Was the lake bottom sandy or muddy or pebbly? Could you smell the water? Were there fish or other critters in the water with you? Were there other people? Boats? “Lakefront” properties? Why is this lake… Read more »

Wow tampopo, you asked all the right questions, so hang on to your hat and find a comfy chair. Pyramid Lake is 30 miles East and North of Reno, Nevada.  I suspect it is fed by mountain streams and snow melt, although it is a remnant of a huge lake that once covered hundreds of miles of the surrounding area many thousands of years ago.  It is absolutely treeless and I suspect that is because the area that surrounds it is sand, sand, sand and more sand.  There are some sagebrush and other desert type growth but there are long… Read more »

wow, i really tumbled into sweethearts’ corner here, huh? so warm and cosy on a cold rainy daily in the italian mountains. shirl, you’re my kind of mystic… unafraid to see the mountain of crap, call it what it is, name it and then show the way to transcending the pain by hurling it out into cyberspace for us to resonate with. i spent some  quality time on your blogs yesterday, in contrast to much ‘new age’ stuff, your vision remains grounded and fully cognisant of our quandary…not escapist, iow. your use of words to describe the indescribable comes through… Read more »