Here’s as much of it as I can stand to listen to a second time and transcribe. I really think Gibson is not a nice man. And since I’m trying to give up hating people for Lent (okay, maybe just “cut back”), I probably shouldn’t listen to him too much.

John “War on Christmas” Gibson: Maryscott, the reason you’re on today, is that nefarious character you were once hooked up with–

Maryscott O’Connor: “Friendly with”– let’s put it that way

Gibson: This is Mar-kos Moulit-sas, also known at Kos, who runs the big far left  blog–

MSOC: Oh my god, I knew you were going to say it! Please don’t call that blog far left!

MSOC: Because, listen, until a few years ago, that guy was a registered Republican. If you’re going to call that blog anything, call it a centrist blog! He’s not liberal!

Gibson: You have ended up in a disagreement with him–

MSOC: I was bound to end up in a disagreement with him. Left-wingers do not like centrists. I have more in common with the right wing than I do with the centrists.

Gibson: That’s why call here all the time.

Gibson: Centrists are compromisers and appeasers and sellouts.

(About being cut off the DKos blogroll)

Gibson: And he did that because he was mad at you over something.

MSOC: No, he wasn’t mad at me.  He did that because he wants a seat at the table. You know the name of his book?

MSOC: He crashed the gate, he got a seat at the table, and then he locked the gate back up! He doesn’t want anything to do with people who actually have principles!

Gibson: In terms of getting the troops excited, the blogging world is a “left of center” operation.

Gibson: –the nutroots, right. (OMG, you are so freaking clever, aren’t you? I bet all the other boys at your middle school are in stitches when you tell those jokes. Even more than when you make the milk come out of your nose at lunchtime.)

But I want to know something. Now that you’re mad at him, tell me some good dirt!

Yup, I think so too. But I’m not mad at him. I’m just tired of him being in the way of people who want to talk about issues like election irregularities, impeachment, or whatever else might scare off deep pockets advertisers.  And I’m tired of the farce that posting on his blog can be considered “netroots outreach” by politicians. It isn’t. It’s a gated community. And since Markos has indeed secured himself, but not the rest of us, a “seat at the table”, I’m just not all that impressed. It’s not real outreach, it’s just for show.

Our elected and hoping-to-be elected officials are only willing to connect with the netroots by posting on a blog that is one man’s privately owned business? One where the the top ad spot goes for $9000 a week? That’s not outreach–it’s theater.

Pathetic, crappy theater. And it makes a mockery of the true democratic potential so many of us see in the internet. I became active politically because I cared enough about reversing the damage caused by the Bush administration that I was willing to give up some of my precious, limited free time to do whatever I could that might help make a real difference. I don’t think it’s worth spending precious time and energy in order to play some 21st century version of Dungeons and Dragons where I can pretend I’m a bit player in this “gate crashing” fantasy. 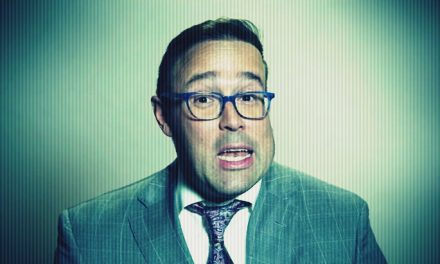 I want more transcript.  That was killing me…

In the thread here, Maryscott provided a link to the audio

So MSOC still goes on FauxNews standing in for us “nutroots”? Swell.

Do they pay her to stand there and let them pretend they’re “fair and balanced”?

And we should be happy she’s on there knocking dKos? Look, I got no prob with saying shit about Markos and his Legion among ourselves. But, feeding ammo to our ideological enemies is really stupid behavior.

MSOC should be ashamed of herself.

I had the same thought, what’s the difference between her going on Fox News to trash Kos and Zell Miller going to the RNC to trash Kerry? While there may or not be good reasons to dislike Kos and Kerry, helping the mouthpiece of the right-wing trash Democrats can’t be smart. Gibson’s whole MO is to trash all liberal bloggers, not just Kos. By going on his show, MSOC is basically just giving Gibson and Fox exactly what they want.

Maryscott does not criticize the Left, and she does not claim she is supporting a Republican.  What she did say, however, is that Kos is centrist, which makes him more appealing to the broader public.  You made a terrible analogy.

Also, since when is Kos the Democratic Party?  It is a certain segment of it, but it does not include everyone.  In fact, it bans many Democrats or speciously refers to them as concern trolls if they disagree with the caprice of Kos and his sycophants.

Did I say that Kos was the Democratic Party? I said he was a Democrat.

I don’t care that MSOC is critical of Kos, I agree with many of her criticisms. But to go on Fox News is just idiotic, she is just being used as a prop by Gibson to mock all liberal bloggers. They aren’t interested in what she has to say about anything, they just want to hear her trash Kos.

But what has Kos done for Maryscott lately?  Why should anyone exercise fidelity to Kos?

I don’t think she owes Kos anything, but I think she owes it to herself to not appear on Fox News and bring liberal blog wars up for conservatives to laugh and joke about. It’s not MSOC’s message that I disagree with, it’s the medium she’s chosen to express it in that I don’t agree with. It would be on thing if Gibson was at least respectful and interested in a discussion, but from the snide remarks like “nutroots” it’s pretty obvious that he’s not.

She said there was no dirt or scandals, so she didn’t bring up any bad things about Kos, other than saying she wasn’t associated with him because he was a centrist.

Hello, pyrrho.  No, I did not say she helps him appear centrist; she simply said he did.  the person to whom I was responding claimed she did a disservice to him, while I wanted to point out that according to their logic she actually made Kos appear more appealling to a wingnut.

And yes, Kos wants to be a centrist.

What did she say about him other than “He is a centrist” and that she is no longer associated?  I would guess this interview was setup before the no fox rule?

yes, but she fell ill for an extended amount of time.  she recovered last week, and she decided to make the appearance.

If you listened to the show and read a complete transcript, you would know that he regularly invites a blogger from the Left to the show, not to establish balance but to debate and try to humiliate them.  Because Maryscott will not be humiliated, it is in our best interest she go.

And why should she exercise any fidelity to Kos when he clearly does not care about her or her opinions?  What has Kos done for Maryscott lately?  This is why one should never burn bridges.

I too spent countless hours on dkos only to get banned for pointing out a head in the sand attitude to certain subjects.  Now this has cast a permanent indelable impression upon me as to the inclusiveness of the “progressive” left.
This is the very same party who three days after the election endorsed Bush’s global war on terra by endorsing his whitewash 911 commission.
Let downs of galactic proportions shall not be forgiven.  Ever.

it was good enough that she pointed out kos wasn’t a liberal.

and used the pummeled-for-accuracy Marisacat term and called him a martinet.

Wasn’t that essentially a layoff?

Link to as many different kinds of people as possible to draw them into the Democratic party, kick a bit of ad revenue their way, and then, when the election is over, fire them.

As long as you’ve got radicals sitting in front of their computers, they’re not out in the streets protesting.

They’re more likely to vote Democratic (and even I voted for Robert Menendez knowing he voted to end habeas corpus) then they are to seek a radical alternative.

To embarass liberals. The trick is to stay on message and use them instead of letting them use you.

Here’s a good example of how it’s done.