Last night I saw an interview Al Gore did on tv in Sweden–apparently the show is called Stina, but nothing on this page is in English. The woman hosting the program did the introduction in Swedish, but then interviewed Al in English. She wished him a happy birthday, and Al smiled, responding, “You’ve done your research!”
They discussed the serious injury of Al Gore’s 6 year old son that occurred almost 20 years ago (which he also discusses in An Inconvenient Truth) which led him to reevaluate his life. Al said that in the 30 days by his son’s bedside he learned something about the “possibility of losing something very precious”. He was talking about both to his family (which he decided needed to be put first on his calender before everything else) and our planet.

As they began to discuss the environmental crisis, Stina pointed out that a report was recently presented at the U.N. conference, which had Sweden at the top and the United States and Kazakhstan at the bottom, in efforts concerning climate change. Al laughed and offered his congratulations.

She asked him about running for president, and if he might be able to accomplish more with regard to the global warming issue if he were president. (She also asked her audience if he should run again, and they applauded and shouted “Yes!”)

Al Gore: “I don’t have any plans to be a candidate for president again. I haven’t completely ruled out going back into politics at some point in my life. But the reason I don’t ever expect to be a candidate again is partrly because I’ve fallen out of love with politics, and I have less patience for some of the aspects of the politicsl system. But also because the way the political dialog is conducted over these 30 second TV commercials now, there is less of a chance to deal in depth with the biggest crisis that we have to face-this climate crisis.”

I can’t say that I blame him for feeling that way, but, dang, he’d be a great president. 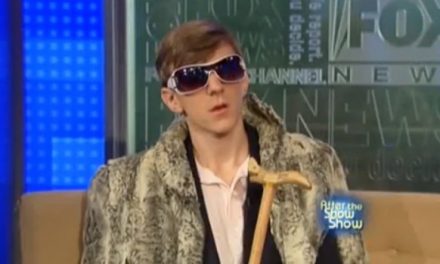 Last time I checked, the video was still available at this link.

How about this? Edwards/Obama on the ticket, Al Gore already committed to be a Cabinet Level Official before the election. Secretary of the Interior, or perhaps a new title, Secretary of the Environment or the like??  (A guy can dream, can’t he?)