Does Pelosi Have To Criticize Syrian Human Rights Abuse?

My latest post at Huffpo is timely in light of Pelosi’s visit to Syria and the criticism that she did not criticize Syria’s human rights abuses. It is entitled How The Left Can Criticize Muslim Human Rights Hypocrisy. Please note, it is the first part of a series.

On Friday, in the UN’s Human Rights Council, a block of 17 Muslim countries in alliance with such human rights paragons like Russia, China and Cuba, passed a resolution “urging a global prohibition on the public defamation of religion.” The demand “makes no mention of any other religion besides Islam.” European nations, Canada, Japan, and South Korea all opposed.

Such a resolution might have been worth supporting had the Muslim member states involved demonstrated even an atom’s worth of accountability with respect to their own violations of most human rights. Saudi Arabia considers freedom of religion a capital crime. Pakistan considers blasphemy a capital offense, where it is selectively enforced upon Ahmadis and Christians. Indonesia, too, considers blasphemy a capital offense, and enforces it selectively on religious minorities.

Western liberals generally shy away from calling Muslim states out on their human rights duplicity. There are many reasons for this. 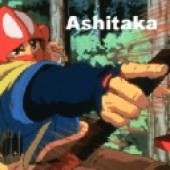 One Month of Impeachment News from the Impeach Bush Coalition

Taking the Next Step

The Rush Limbaugh Doctrine: Racism – no, not us!

I followed the link to huffPo, and clicked on your bio, and was a bit astounded that you are only 26. dayum.I knew you were a star, but I guess you are Venus.