After all, one good surge deserves another

The first part of this post is a re-post, from Sat Apr 21, 2007
as a reminder of what Everyone should be watching tomorrow night.
That is if you’ve got the Sundance Channel. If not find a friend who does and invite others, have a Gathering of Action!

Now if you know any Active Military Personal, pass this on to them especially if they haven’t seen either of these fine documentaries.

A ‘Special Treat’ for those of us ‘Nam Vets and ‘Nam Era, old folk now all, follows the re-post. Found this in my In-Box this morning, a little hint “Goooood Morning Vietnam”!

On Monday May 7th 2007…there will be an historic night of GI resistance on national television as the Sundance Channel presents the U.S. broadcast premiere of both

Sir! No Sir! and The Ground Truth: This is a wonderful chance for millions of people to see these films that, together, link the tremendous movement of American soldiers against the Vietnam war with the growing opposition
among soldiers to the Iraq war today.

MAKE MAY 7TH A DAY THAT SPARKS A SURGE IN OPPOSITION AMONG SOLDIERS AND THEIR SUPPORTERS TO THIS HIDEOUS WAR .

After all, one good surge deserves another

WE URGE YOU TO GRAB THIS OPPORTUNITY.

1. Not Everyone has the Sundance Channel…

2. So if you do, PLEASE organize a house party to watch the films
and spread their influence among soldiers and civilians alike.

3. If you don’t, find someone who does and offer to bring the chips.

CLICK HERE TO SEE THE ALREADY EXTRAORDINARY EFFECTS SIR! NO SIR! HAS HAD ON ACTIVE DUTY SOLDIERS AND VETS!!!

Sir! No Sir! – The Suppressed Story of the GI Movement to End the War in Vietnam

CLICK HERE TO READ ABOUT HOW VETERANS FOR PEACE HAS USED SIR! NO SIR! FOR RESISTANCE

And throw your `Surge’ Support behind Iraq Veterans Against the War As they grow in numbers and actions while Fighting to End This Present Day Debacle and Bring their Brothers and Sisters Home!

Also `Surge’ behind Iraq and Afganistan Veterans of America

As they, like us their brothers and sisters of past conflicts, Fight to climb that Mountain to get what was Promised to them by the Country They Served, for it’s a Constant Battle!

And throw your `Surge’ behind Vote Vets

As Iraq and Afghanistan Veterans have come back to the United States ready to take their sense of duty to the political arena, and continue their public service.

Gets it’s release on May 1st and starts shipping! {A Note: for some reason there’s a glitch in sending from Amazon, it didn’t go out on the 1st and probably not till the middle or end of the month. I’m getting a June 5th shipping date for my orders. Welcome to the 21st century Capitalists Society, although this started the last years of the 20th century, Business Glitches and Extremely Poor Customer Service.}  Pre-Order your copy today, if you haven’t, and start your journey of understanding and action of PTSD.
Moving A Nation to Care: Post-Traumatic Stress Disorder and America’s Returning Troops

So you can help those returning from these present War Theaters by realizing what they have gone through and what those experiances have caused many to suffer from the Nightmares of Hell on Earth!
By learning more about Combat PTSD this Nation will be able to Understand and Better Treat those of the Military, and in Civilian Life, who experiance Traumatic Events that Haught them for the rest of their lives!

BUSH DEMANDS MORE MONEY TO KILL MORE U.S. TROOPS
FIGHT HIM HERE, SO YOU WON’T HAVE TO FIGHT FOR HIM OVER THERE!

The following is part of the E received this morning:

Hi Everyone……
I told you, that unless something happened monumental that I would not have the time to send out e-mails to the size of what we have not on the VIP list. But… this is monumental.
About a month ago, Will Snyder was contacted by a guy by the name of Tim Mailhot, who was in the Air Force from 1973 to 1977. Sometime during this period, Tim became friends with a guy by the name of Bruce Causey, who had a reel to reel of the only know recorded show of Radio First Termer…. and it was COMPLETE. Tim made a copy…. and somewhere down the way, was put away…. along with his reel to reel deck. Fast forward to April 2007…. Time does a search for Radio First Termer…. finds the Radio First Termer Home Page, contacts Will Snyder and informs him that he has a Reel to Reel and that he just got it fixed and could make a digital copy of the tape he has. Tim sends to Will….. Will does some audio editing to rid some of the minor hiss… turns it into a .wav file…. sends it to me…. I do some editing…. and ladies and gentlemen….. we NOW have one of the HIGHEST QUALITY RECORDINGS of the only know recorded show.
I now have the 48 KBPS STEREO up on my POM Home Page.
Dave Rabbit Podomatic
Will Snyder, in the next 7 days or less, will have BOTH the 48 KBPS STEREO and the 192 KBPS STEREO versions available on the RFT Home Page.
Radio First Termer
BUT…. if you just can’t wait (and it is awesome compared to what has been previously heard)… I have included the LINKS to the YOU SEND IT FILES that you can DOWNLOAD DIRECTLY from their site. The only downside to this is that my free account with them only allows for 100 DOWNLOADS of EACH FILE….. so….. obviously FIRST COME, FIRST SERVED {and when I went in seems the 100 got there first, but No Problem} would be the situation here. The 48 KBPS STEREO on POM will remain there forever…. and once Will gets them up on the Home Page… will remain there forever also.
It was really a trip listening to it as it was originally broadcasted…… the existing one that has been in circulation for 36 years or so that is up now….. has about 10 to 15 missing minutes that can NOW be HEARD again for the very first time.
Please pass this great information along to anyone you know who is a fan of the show. Also, please remember that this is FREE and you are welcome to rebroadcast, post or refer to it on your own sites, shows or whatever.
Thanks to all of you who made this past year something very special for me.
Peace!
Dave

And from Daves ‘First Termer Site’ the Warning and info:

WARNING – EXPLICIT LANGUAGE
This Is Made Possible By The Contributions Of
Tim Mailhot & Bruce Causey
This HIGH QUALITY DIGITAL VERSION Of The Original Saigon, Vietnam Show Is Made Possible By The High Quality Reel To Reel Tape That Tim Mailhot Sent To Will Snyder From The Tape That He Acquired From Bruce Causey Sometime In The Early 70’s And Will Converted. Since The Show Was Originally Broadcasted In January 1971, This Is The Highest Quality And Most Complete Version Ever To Surface. There Are A Number Of Segments That Have Never Been Heard Before In Their Entirety.
This is PART 1 of 4 of one of my 21 Pirate Radio Broadcasts that was done from a Whore House in Downtown Saigon, Vietnam from January 1 to January 21, 1971. It is the only KNOWN recorded show from that period of time. These recordings contain EXPLICIT MATERIAL, HARD ACID ROCK MUSIC and COMMENTS about the issues of the times which were SEX, DRUGS and ROCK and ROLL. These shows were created for the entertainment of the troops that put their lives on the line EVERY DAY in Vietnam and were part of the huge Anti-War movement which was happening within the military itself against the war in Vietnam.

The following link gives you the page with All 4 parts of the broadcast, I’m on part four now {hey I get up real early in my old age, something to look forward to you youngsters}. Scroll down and just ‘Click on the Play Button’, than return to site for each part to Listen to some Great Sounds and Historic Commentary, A Blast From The Past
The Radio First Termer Saigon, Vietnam 1971 Part 1 to Part 4 Original 1971 Saigon Show, from the Whore House, with other Podcasts as well as one of the 2006 Iraq Show when Dave took up the Mick again to broadcast to our present generation In-Country Iraq Debacle Military Personal!
The Archive CLICK HERE

And here’s another treat coming from Thomas over at G.I. Special – Militay Project in the latest edition of the underground newsletter Volume: 5E Issue: 6
Not Worth Dying For in PDF

This is part of a May 2007 page in a mail order catalog that is aimed at working class families in the USA called “Things You Never Knew Existed.” Lots of pages feature items of special interest to people of Irish and Italian descent, and other traditional communities.
Until this latest catalog, there had also been a heavy load of super-patriot pro-Bush pro-war items, along with the battery operated giant spiders and sneezing powder.
Looks like the corporation selling this shit figured out times have changed, and they need something new to bring in the money. Guess the George W. Bush coffee mugs aren’t doing so well anymore.

This Debacle Must End, And Now!!

We’ve already passed the point of No Blowback, these Failed Policies have put Us, and the Rest of The World, on a footing of continuing ‘Criminal Terrorists Actions’ for the forseable future. The only way to minimize the possibility of same is for the People to come together and find the Tolerance and Solutions to that which our Governments have wrought!

Those who have brought on the Extremely Deadly Failed Policies Must Be Brought To Justice, Period!!

Indictments must be forthcoming and all the proof of the lies and corruption made public, for the World to see, and this Country to Start following the Path it likes to think it stands for, in words only, in Real Actions that those words describe! 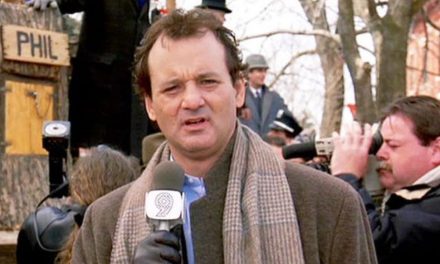 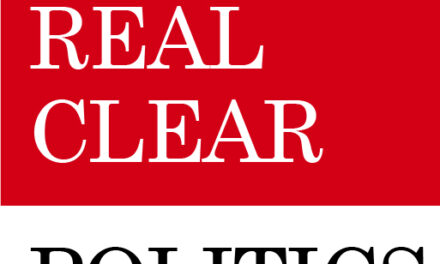